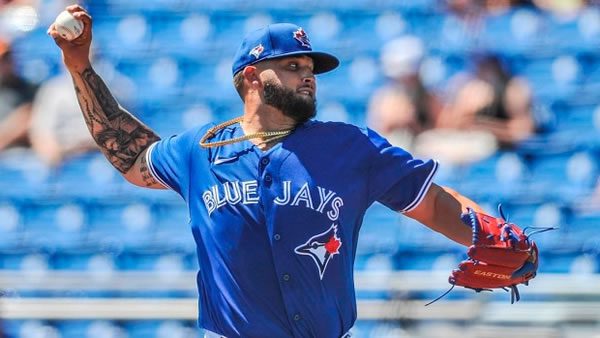 The Athletics and the Jays will play the rubber match on Sunday with the rookie Adam Oller getting the honors for the visitor and Alex Manoah taking the mound for the home side. The oddsmaker at BetOnline has Toronto as a massive -240 favorite at BetOnline on the moneyline with the total listed on most boards at 8.5 runs.

The Jay’s took the opener with starter Ross Stripling making his first start after two relief appearances and it was a solid four-inning effort allowing two hits and zero runs in the 4-1 win. Toronto outhit Oakland in the game 11-6 and had five walks to the A’s zero.

The A’s got to the Blue Jays starter Hyun Jin Ryu for five runs to take a 5-1 lead but Toronto battled back before Merryweather blew it in the ninth allowing two runs in the 7-5 loss to even the series up.

Rookie Oakland starter Adam Oller was dreadful in his opener but could easily rebound here. He was solid in the minors last season with 23 starts, 120 IP, 1.16 WHIP and 3.45 ERA. Oller pitched in both Double-A and Triple-A last season and was actually more successful in AAA going 4-1 with a 2.45 ERA in eight starts.

The Jays starter Alex Manoah began his season with six innings of shut-out ball to carry his starts allowing three or fewer runs to six straight. Interestingly, he started the streak after getting lit up for six earned runs over five innings against Oakland in his lone career start against them.

The Jays starter Manoah has been really consistent as of late finishing last season allowing just five total runs over 26 2/3 innings in his last four starts and opened the season with a strong six innings of scoreless ball. He did get blown up in his only start against the A’s (5 IP, 5 hits, 6 ER) but Matt Olsen (ATL) and Matt Chapman (TOR) who are no longer with the team accounted for four of the RBIs. The Toronto bats have started to heat up with double-digit hits in back-to-back games after a poor performance on the road in New York. They’ll face an unproven rookie starter who was dreadful in his major league debut. Take the Jay’s -1.5 -130.