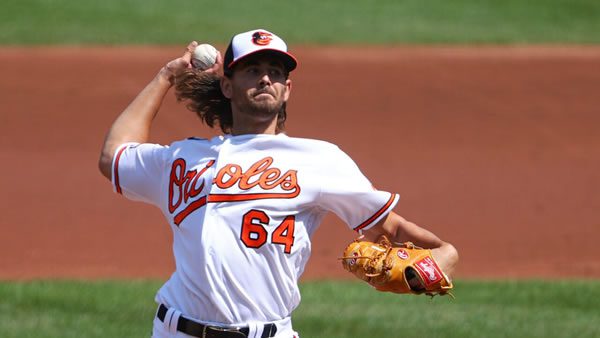 The Cincinnati Reds host the Baltimore Orioles on Friday, July 29th at Great American Ball Park. The first pitch in this matchup is scheduled for 06:40 ET. The MLB Odds Board places Cincinnati as the favorite (OFF), with an OU line set at OFF.

Heading into today’s game, Baltimore will be looking to tack on another win after taking down the Rays by the score of 3-0. Overall, the team’s pitching staff limited the Rays to 0 runs on 4 hits. On offense, Baltimore’s lineup put together a total of 6 hits, leading to 3 runs. In the matchup, Baltimore was favored at -122.0 on the moneyline. So far, the team has been the favorite in 19 of their games, winning at a rate of 63.0%. Combined, the Orioles and Rays fell short of the over-under betting line of 9.0 runs. So far, Baltimore has been a good candidate to fall below the betting line, as their over-under record sits at just 45-50-4.

The Orioles come into this game with a 3-2 record over their last 5 contests. During this time, they have an average scoring differential of +1. Baltimore has put together this record, despite averaging just 3.4 runs per game, compared their season average of 4.19. So far, Baltimore has won over half of their 31 series played, going 14-13-4.

The Reds are coming off a tight loss to the Marlins, dropping the game 7-6. Cincinnati’s pitching staff gave up 10 hits, leading to 7 runs for the Marlins. Offensively, they finished with 6 runs on 11 hits. Leading into the game, Cincinnati was the betting favorite at -135.0. For the season, the team has been favored in 25 games, winning at a rate of 40.0%. In terms of the over-under, the Reds and Marlins combined to surpass the line of 9.0 runs. Overall, the team has gone over the betting line in over half of their games, going 53-44-1.

In their last 5 games, the Reds have put together a record of 3-2. Their recent success is backed by an average scoring margin of +12 (last 5). The Red’s offense has elevated their play over their last 5 games, averaging 5.8 runs per game, compared to their season average of 4.40. Cincinnati has a below .500 series record of just 8-16-7.

Baltimore will roll with Dean Kremer (3-2) as their starter. Through 9 appearances, Kremer has an ERA of just 3.06 while averaging 5.22 innings per appearance. So far, opposing teams have hit the ball well against the right-hander, posting a BA of 0.271. So far, Kremer has managed to keep the ball in the ballpark, allowing just 0.77 home runs per 9 innings. Up to this point, Kremer has a strikeout percentage of just 19.0% and a per game average of 4.22. Leading into the game, he has shown a strong command of his pitches, averaging just 2.49 walks per contest.

The Cincinnati Reds will send Mike Minor to the mound with an overall record of 1-7. So far, Minor has put together an ERA of 6.65. In his appearances leading up to today, he has lasted an average of 5.11 innings. Compared to other starters, the right-hander has a high BA allowed of 0.291. Opposing hitters are hitting home runs at an above-average rate against Minor. This year, he is allowing 2.74 HR’s per 9 innings pitched. In terms of strikeouts, Minor is averaging just 4.56 K’s per game. So far, he has struck out 19.0% of the batters he has faced. For the season, he has struggled with command averaging 3.72 walks per outing.

Today’s matchup between the Baltimore Orioles and Cincinnati Reds will be their first meeting of the season.

In Friday’s interleague matchup between Baltimore and Cincinnati, look for this game to feature a lot of scoring as both Dean Kremer, and Mike Minor are susceptible to giving up some big innings. Heading into play, Minor has been especially bad with his WHIP of 1.61. I recommend taking the over.

Free MLB Pick: Take the Over. Bet your Orioles vs. Reds prediction for FREE by taking advantage of a 100% real cash bonus when you use bonus code PREDICT100 at MyBookie Sportsbook! Football is coming! Your bankroll can use the boost!