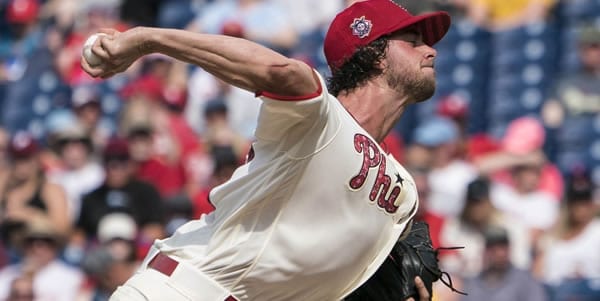 Two hot teams entered this series, but only Colorado has stayed that way, as the Rockies picked up their fifth straight win on Friday night by besting the Phillies in 12 innings. After a tough loss like that, can the Phillies bounce back and get a victory, or will the Rockies push themselves ever closer toward .500?

The line has been flat in this matchup, opening with the Rockies at +111 and barely fluctuating at all since the opening, which admittedly came in late with the two teams playing a 12-inning game in the Mountain Time Zone. The over/under has also held at 10.5.

This matchup and this stadium have been a nightmare for the Phillies in recent years. Philadelphia has dropped eight of its past nine contests in Denver over the past three seasons, and the only one that it won was a meaningless August contest with the Phillies well out of playoff contention in 2017. Overall, the Rockies boast a 12-4 record against the Phillies since 2017, and seeing the red and blue of Philadelphia in their ballpark is seemingly the shot in the arm that Colorado needed to get itself off the canvas. The Rockies had lost five home games to the Braves and Dodgers and hadn’t won a game at Coors Field before the Phillies showed up, but now seem to have things back on track.

Nola looked pretty solid in his first start of the year, holding Atlanta to a mere two hits in an easy home victory. But since then, it hasn’t mattered where he’s pitched or who his opponent was, it hasn’t gone well. He’s given up 15 earned runs in his past three starts and failed to make it past the fourth inning in two of three of those starts. All three ended up in the loss column for the Phillies, despite Philadelphia trying to support Nola with six, six and eight runs respectively. His most recent start is particularly concerning, as nine of the balls the Mets put in play against him were fly balls — a potential death sentence at Coors Field. His opponent Senzatela gets the chance to make his first start in Coors Field of the season after looking very good in shutting down the Padres at Petco Park, a noted pitcher’s paradise. But the atmosphere of Coors Field hasn’t bothered Senzatela in the past, as he only allowed more than four runs in home games once last season and pitched three shutouts at home.

Playing in a small park has its advantages, and one significant advantage for the Phillies is that it’s helped them build up their batting average. Philadelphia is hitting .255 this season, which is good for fifth in the majors. A great offense is usually a hallmark of Colorado teams, but this year, the Rockies haven’t yet taken advantage of their surroundings, hitting just .215 for the season.

Neither of these teams gives up much in terms of runs from their bullpen, but there are a few signs for concern. The Phillies’ bullpen already has four defeats to its name in 2019, and that could develop into a real concern as Philadelphia gets into a playoff race. Colorado, on the other hand, is sixth in the majors in ERA at 3.36 for its bullpen, but the Rockies are pretty inexperienced, only having faced two save situations all season.

The Rockies actually look pretty attractive here as a home underdog. They’ve got the better pitcher, they’re playing the better baseball, the trends favor them to keep playing well, and they’re facing a pitcher who doesn’t really keep the ball down the way you need to at Coors.

I think the Phillies will shake this off eventually, but given their struggles with the Rockies and especially in Denver, I’m willing to take a chance on Colorado in this one. I’m going with the Rockies to rough up Nova and make it six straight wins.