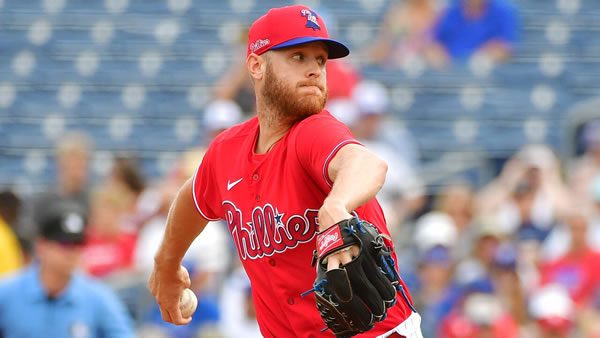 Money Line: Phillies +105 / Braves -125 (If youre not betting at a sportsbook with MLB dimelines, you’re wasting your hard earned money! Make the switch today to get the best of it!)

The Atlanta Braves host the Philadelphia Phillies on Wednesday, October 12th at Truist Park. The first pitch in this matchup is scheduled for 04:35 ET. The MLB Odds Board places Atlanta as the favorite (-125), with an OU line set at 7.0.

The Philadelphia Phillies will look to add another win to their resume after pulling out a slim 7-6 win over Atlanta. The Atlanta came up with 9 hits leading to 6 runs against Philadelphia’s pitchers. The Phillies benefited from an offense that generated 7 runs on 12 hits. This victory came despite being the betting underdog, getting 175.0 on the moneyline. Together, the Phillies and Atlanta combined to surpass the over-under betting line set at 7.5 runs. This result is part of a larger trend, as Philadelphia has had the over has hit in more than half of their games (84-76-5).

The Phillies come into this game with a 3-2 record over their last 5 contests. However, even with an above .500 record (last 5) their run differential sits at just -5 (last 5). Philadelphia has put together this record, despite averaging just 3.4 runs per game, compared to their season average of 4.62. So far, Philadelphia has won over half of their 53 series played, going 26-22-5.

The Braves will look to bounce back from a tight 7-6 loss to the Phillies. On their way to giving up 7 runs, the Braves staff allowed 12 hits. In the loss, the Braves’ offense still came up with 9 hits and 6 runs. Atlanta came away with a loss, despite being favored on the moneyline (-210.0). For the season, the team has been favored in 137 games, winning at a rate of 69.0%. The Braves and Phillies went over the run total line set at 7.5 runs. Overall, the team has gone over the betting line in over half of their games, going 81-74-8.

In their last 5 contests, the Braves have just 2 wins, going 2-3. During this time, the team has a run differential of -5. Even with their recent struggles, the offense has been steady, averaging 4.4 runs per game. This is right in line with their season average of 4.88. On the season, Atlanta has won more than half of their series, going 28-17-7.

Philadelphia will roll with Zack Wheeler (12-7) as their starter. Currently, Wheeler has an ERA of just 2.82 while pitching an average of 5.88 innings per outing. Hits have been hard to come by against the right-hander, as his batting average allowed is just .221. In addition, to his strong BA allowed, he has been able to limit power, allowing just 0.76 home runs allowed per 9 innings. In terms of strikeouts, Zack Wheeler has a strong strikeout percentage of 27.0%, including a per-game average of 6.27. For the season, he has struggled with command averaging 2.0 walks per outing.

The Atlanta Braves will send Kyle Wright to the mound with an overall record of 21-5. Currently, Wright has a strong ERA of just 3.19 while pitching an average of 6.0 innings per outing. In his previous outings, right-hander opponents are hitting .232 off the right-hander. Opposing batters are hitting for power at a below-average rate against Wright, as he is allowing just 0.95 per 9 innings. On the season, Kyle Wright has had no problem racking up strikeouts, posting a strikeout percentage of 24.0%. This has led to an average of 5.8 K’s per game. Wright comes into the game hoping to improve his walk numbers, as he is averaging 2.65 free passes per outing.

Today’s matchup between the Philadelphia Phillies and Atlanta Braves will be their 21st meeting of the season. Atlanta holds the edge in the series at 11-9. Through 20 games, the series over-under record is 13-6, with the average run total sitting at 8.37 runs per game. In these matchups, the average scoring differential sits at 3.7 runs.

Heading into game 2 of this Divisional Round matchup between Philadelphia and Atlanta, the Braves are the slight favorite on the moneyline. This marks Kyle Wright’s first start of the playoffs, while Zack Wheeler played a major role in the Phillies advancing past St. Louis, as he threw 6 1/3 scoreless innings. With Wheeler on the mound, I like Philadelphia to continue their hot streak by picking up another win.

Free MLB Pick: Phillies Moneyline. Bet your MLB playoffs predictions for FREE by taking advantage of a 100% real cash bonus up to $300 when you use bonus code PREDICT100 at MyBookie Sportsbook!