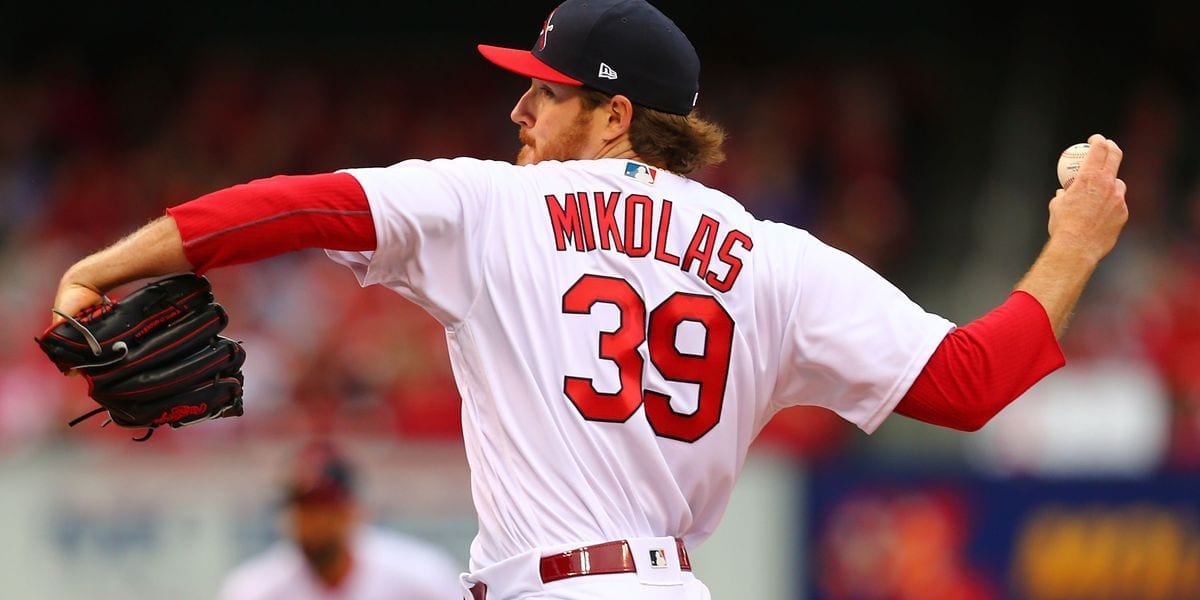 Two of the hottest teams in baseball hook up as St. Louis and Colorado open a key three-game series in Denver Friday night. How are we playing this one with our daily free MLB picks?

Friday’s MLB betting odds actually opened Colorado as a -105 favorite for this game, with an over/under of 10.5 runs. Early betting action then moved this line about 20 cents, making St. Louis -115 chalk.

The Cardinals could also be found getting around +130 giving the run and a half on the MLB run line.

St. Louis just swept three games from the Dodgers in LA earlier this week, completing the brooming with a 3-1 win Wednesday. They then had yesterday off. Wednesday’s game was tied 1-1 into the ninth inning when Paul DeJong bopped a two-run homer off Los Angeles closer Kenley Jansen to give the Cardinals the victory.

So St. Louis is 17-4 over its last 21 games and 24-11 under new manager Mike Shildt. At 71-57 overall the Cardinals now trail the first-place Cubs by just three games in the NL Central, and now lead the National League wild-card race by a half-game over Milwaukee and the Rockies.

So the Rockies are 10-2 over their last 12 games. At 70-57 overall Colorado now trails first-place Arizona by just one game in the NL West, and now sits tied with Milwaukee for the second National League wild-card spot.

In the only previous encounter between these two teams this season the Cardinals took three of four games from the Rockies at Busch Stadium three weeks ago.

This pitching match-up is a rematch of a game played back on Aug. 2 at Busch Stadium, a 3-2 St. Louis victory.

Senzatela (4-3, 4.47), by our strict standards, is 2/6 on quality starts this season, but he’s only a few outs away from working on a string of three QS in a row. Last Saturday he held Atlanta to two runs and five hits through five innings, and over his last three starts he’s allowed four runs and 15 hits through 16 2/3 innings. For the season Colorado is 3-3 with Senzatela, with unders going 5-1.

In that one start earlier this month against St. Louis Senzatela allowed just one run and five hits through six innings and left with a 2-1 lead, before Rockies closer Wade Davis blew the game in the bottom of the ninth.

Mikolas (13-3, 2.80) is 16/25 on quality starts this year, and four for his last five. Last Saturday he held the Brewers to one run and five hits through six innings, and over his last five starts he’s allowed 10 earned runs and 27 hits through 33 innings. On the season the Cardinals are 18-7 with Mikolas, with overs going 13-12.

In that one start earlier this month against Colorado Mikolas allowed two runs – one earned – and seven hits through seven innings.

Both these guys are going pretty good at the moment, and both had good outings against these opponents three weeks ago. We might give Mikolas a short edge here, but Senzatela owns a 3.00 ERA at Coors Field this season. We’re calling this pitching match-up a push.

St. Louis ranks 15th in the Majors against right-handed pitching with a .249 team batting average, 15th with a .319 team OBP and 20th with a .406 team slugging percentage. But this lineup is missing a key stick at the moment with Marcell Ozuna (16 HR, 69 RBI) on the DL with a sore shoulder.

The Rockies pen ranks 28th in ERA at 5.01 and 25th in WHIP at 1.41. But some of that is probably attributable to their home ballpark.

Still, we’ll give St. Louis the edge in the bullpen comparison.

Unders are a lopsided 37-22 in games played at Coors Field this year, even though those games are averaging 10.3 total runs per, second-most among all ML ballparks.

Overs are 3-1 in Cards-Rockies games this season.

Unders are 6-1-1 in the Cardinals last eight games, mainly thanks to some good St. Louis pitching.

Unders are 10-2 in Colorado’s last 12 games, mainly because the Rockies are also getting some good pitching as of late.

Free MLB Pick: Cardinals -115 Check the best sportsbooks for updated odds on the Cards. Most things being equal in this match-up, this game could very well come down to the bullpens. And the Cardinals own the advantage in that department. We’re betting St. Louis to stay hot Friday night.