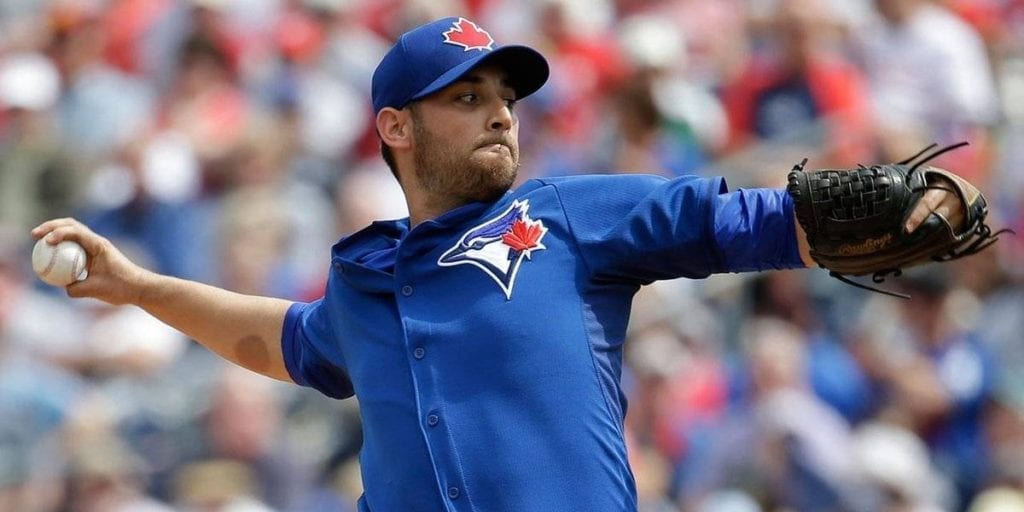 It’s rare that you’ll ever see me call a team “hot” after going 1-3 in their last four games but that’s what we have today. Toronto bats are really clickin’ right now as they’ve scored 8, 5 and 7 runs in their last 3 games. Unfortunately for them, they were facing the seemingly always hot Boston Red Sox, who simply put up more runs than Toronto in 2 of 3 contests. Prior to the Jay’s 3 game series vs. the Sox, the team had gone into Seattle vs. a fairly hot Mariners team (who takes on the Astros today) and took three out of four. To further support the argument of the Jays being hot, the team has hit .301 with a sturdy .347 on base percentage and killer .516 slugging percentage.

Conversely, the Rays are somewhat flat right now. Yes, they had an inspiring win last night in front of the home crowd, but it was against the lowly Orioles. The O’s whole season has been a wet paper bag. Tampa is 2-4 in their last 6. More importantly, those 6 games were vs. the White Sox and Baltimore. As you know, both are garbage this season, so this is a sure indicator of weakness and one we’ll look to exploit tonight at the Rogers Centre.

One of the strongest variables in baseball handicapping is to not only catch a team winning games in a somewhat consistent fashion, but to back that up with some hearty statistics where multiple players in the top of the batting order are “getting it done”. Check out these individual stats accrued over the past 6 games:

It’s one thing to have one or two players carrying a team. Toronto has a handful which is going to be trouble for the Rays who struggle to put up runs on the road.

They Rays bats are as cold as the Jays’ are hot. Check out these meager stats over the past 6 games:

Blake Snell is typically not a pitcher that I’m out looking to fade as he’s an above average arm and has a tendency to miss bats. We’ve got a different set of variables here tonight though, as he’s making his second start after coming off a shoulder injury. Rays Manager Kevin Cash held Snell to a pitch count of 59 in his first start back. He’s expected to possible pitch as many as 75 tonight. A pitch count is music to our ears as the Rays bullpen is horrible on the road with a 5.12 ERA and 1.44 WHIP.

There’s even more to like though… Despite Snell being a pretty good pitcher, he has struggled vs. Toronto and has some pretty bad numbers at the Rogers Centre. His career stats show that he is 1.5 runs worse on the road, but at Rogers Centre he has a bloated ERA of 5.68 with a crazy-high 2.05 WHIP. The Jays have hit .321 against him on their home turf.

Jays starter Marco Estrada missed most of July with a glute strain. He came back only to be bothered by a blister. He appears to be back on track now as he took a no hitter into the 7th inning vs. Seattle on Sunday. Estrada has also shown excellent recent form as evidenced by the fact that he’s only given up more than 2 earned runs in 2 of his last 7 starts. What’s really to like here is that this guy has pitched well at the Rogers Centre lately, allowing only 3 earned runs in his last 18 innings north of the border. Those three games were vs. Washington, Baltimore and the Yankees.

When you’re hot you’re hot; when you’re not you’re not. This holds so true in Major League Baseball. The Rays have quite a bit going against them tonight, including some variables not mentioned above such as a let down spot after a big emotional win last night and then having to get on a plane and fly north to Toronto. On top of having cold sticks and a pitcher coming off arm fatigue, they’re likely to be flat due to the let down and travel.

Pick: I like me some Blue Birds tonight at even money!