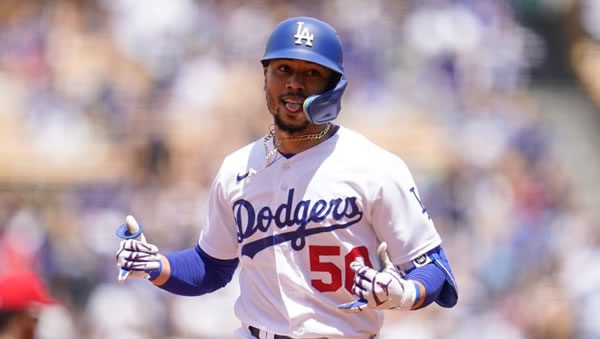 The Los Angeles Dodgers host the Pittsburgh Pirates on Wednesday, June 1st at Dodger Stadium. The first pitch in this matchup is scheduled for 08:10 ET. The MLB Odds Board places Los Angeles as the favorite (-240), with an OU line set at 8.5.

Pittsburgh looks to keep things rolling, after taking down the Dodgers by the score of 5-3. Overall, the team’s pitching staff limited the Dodgers to 3 runs on 4 hits. The Pirates lineup had a good night at the plate, coming up with 11 hits, leading to 5 runs. This victory came despite being the betting underdog, getting 280.0 on the moneyline. Together, the Pirates and Dodgers stayed below the over-under line set at 8.5 runs. With this result, Pittsburgh’s over-under record dropped even further, moving to just 17-25-6.

In the Pirates’ last 5 games, they are above .500, going 3-2. During this time, they have an average scoring differential of +2. Their hot play has been driven by an offense that typically averages 3.46 runs per game. But, over this stretch, this figure has bumped up to 4.0. Pittsburgh’s overall series record is just 5-8-3.

The Dodgers will look to get back on track after dropping their last game by a score of 5-3 to the Pirates. On their way to giving up 5 runs, the Dodgers staff allowed 11 hits. At the plate, the Dodgers only came through for 3 runs on 4 hits. Leading into the game, Los Angeles was the betting favorite at -360.0. For the season, the team has been favored in 48 games, winning at a rate of 67.0%. Combined, the Dodgers and Pirates run total fell below the over-under line of 8.5 runs. Now, Los Angeles had an over-under record of 22-25-2.

Across their last 5 contests, the Dodgers are above .500, going 3-2. During this time, the team’s run differential sits at +2. Los Angeles has played above .500 baseball, despite averaging just 4.0 runs in their last 5 games. This is a drop in production compared to their season average of 5.51. On the season, Los Angeles has won more than half of their series, going 11-5-0.

Pittsburgh will roll with José Quintana (1-2) as their starter. In his previous outings, Quintana is lasting an average of 5.11 innings, putting together an ERA of just 2.15. Hits have been hard to come by against the left-hander, as his batting average allowed is just 0.215. In addition, to his strong BA allowed, he has been able to limit power, allowing just 0.39 home runs allowed per 9 innings. Up to this point, Quintana has a strikeout percentage of just 20.0% and a per-game average of 4.22. Throughout the season, Quintana has avoided walking batters, allowing just 3.33 per contest.

The Los Angeles Dodgers will send Mitch White to the mound with an overall record of 1-0. To date, White has an ERA of 4.6 while lasting an average of 2.17 innings per appearance. Across his previous outings, opponents are batting 0.224 against White. Despite a strong batting average allowed, White is prone to giving up home runs, averaging 1.18 homers per 9 innings pitched. White is in the bottom half of the league in strikeouts, averaging just 2.14 K’s per game. This includes a strikeout percentage of 23.0%. Leading into the game, he has shown a strong command of his pitches, averaging just 3.45 walks per contest.

For the season, the Pittsburgh Pirates and Los Angeles Dodgers will be playing their 5th game of the season. So far, Pittsburgh is leading the season series, 4-1. Through 5 games, the series’ over-under record is 2-3, with the average run total sitting at 6.5 runs per game. The averge scoring margin in these meetings is 3.8 runs. Los Angeles won last year’s head-to-head series, grabbing 6 wins to 0. The over-under record in last year’s matchups was 1-4, with the average run total being 6.5 runs per game. On average, the winning team won by a margin of 2.83 runs per contest.

Heading into Wednesday’s National League matchup between Pittsburgh and Los Angeles, the Pirates will look to pick up yet another win over the Dodgers. On the season, Pittsburgh has gone 4-1 vs Los Angeles. However, this trend has not affected the odds, as the Dodgers are still heavy favorites on the moneyline. However, I see taking the under at 8.4 runs being today’s best bet. In his previous outing vs LA, Jose Quintana pitched 6 scoreless innings, picking up his only win of the season.