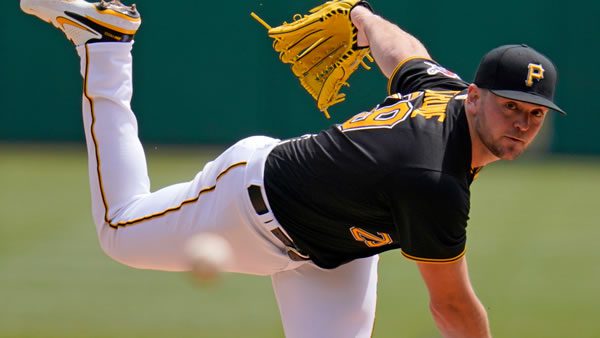 A look at this matchup might have you thinking there can only be one winner here, but the Pirates are actually doing a decent job of playing their opponents tough in recent outings. Pittsburgh has nothing to play for but the future, but the Pirates are still competing, having covered the runline in four of their past five outings.

Against Los Angeles, that might work out pretty well because the runline is so staggering that you’re still going to get plus money to take the Pirates at +1.5. The Dodgers don’t do a great job of putting away lesser opponents, as they’re just 57-62 on the runline for the season. The Dodgers are virtually always the favorite no matter where the game is or who the opponent is, so the fact that they’ve managed to win 16 one-run games could work to your advantage if you’re willing to trust a lesser team in return for the higher payout.

Send Me a Defense

If the Pirates are going to cover the runline, they’re going to need to do it behind the arm of Wil Crowe, and there are actually far worse situations for you to be in as a bettor than trusting the former National. Over his past ten starts, Crowe hasn’t conceded more than four earned runs in a start, and he’s given up two earned runs or fewer on seven occasions.

However, I said earned runs for a reason. In one of his most recent starts, a 7-4 loss to Cincinnati, Crowe was the loser because the Pirates kicked around the ball in the second inning and turned what would have been a two-run inning into a six-run disaster that ended any hope of a victory. The Pirates normally don’t have the offense needed to overcome a rough outing (although they did somehow manage to win the two games in which Crowe gave up four runs), and they likely won’t be able to do that against the Dodgers, so the Pirates are going to have to avoid the kind of mistakes that a young team often makes.

When David Price last took the mound, I cashed $10 by taking him to get fewer than four strikeouts against the Phillies. I got an assist from the rain in Philadelphia, ensuring that Price was only on the mound for four innings, but the logic was there: Price doesn’t strike out very many hitters.

For the year, Price only has 47 strikeouts in 55 innings of work. Price has never been an overpowering strikeout pitcher; he’s more the kind of guy who’s going to get you to hit the ball where he wants you to hit it and get you out via that method. However, in 2021, a year where more hitters are striking out than ever, seeing these few strikeouts from a pitcher is both rare and a good betting opportunity.

That’s especially true in this case because for all the Pirates’ problems with scoring runs, one thing they usually don’t do is fail to put the ball in play. Only five teams have fewer strikeouts than Pittsburgh, and it’s not because the Pirates’ offense is so weak that they don’t get many chances to put the ball in play. The Pirates do have a weak offense, but they rank 19th in at-bats, showing that they’re putting the ball in play; they’re just not doing anything with their chances. With Price likely to again get four K’s or fewer, there’s good reason to jump on the under if you can find it.

Southern California in August is really a thing of beauty. It’s expected to be 73 degrees at first pitch, with winds blowing at 7 miles per hour toward right-center.

The Dodgers have three one-run wins in their past four games, which shows that they’re letting opponents hang around. The Pirates have a solid option on the mound, and the Dodgers aren’t really putting teams away at the moment. With Los Angeles at home, the Dodgers likely aren’t going to go for the kill in this one. They’re likely to simply take the small victory and get out.
The best bet on the board to me is the under, so that’s my play. But if you’re planning to take one team, the value lies with the Pirates +1.5. Note: Don’t forget to check out our NFL Season Wins Over/Under Picks!