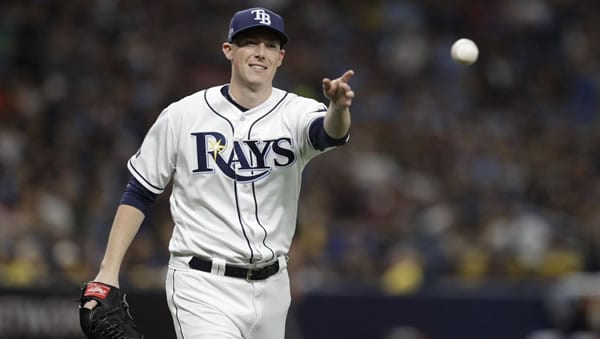 The Baltimore Orioles host the Tampa Bay Rays on Thursday, July 28th at Oriole Park at Camden Yards. The first pitch in this matchup is scheduled for 12:35 ET. The MLB Odds Board places Baltimore as the favorite (OFF), with an OU line set at OFF.

Heading into today’s game, Tampa Bay will be looking to tack on another win after taking down the Orioles by the score of 6-4. The Orioles came up with 9 hits leading to 4 runs against Tampa Bay’s pitchers. The Rays lineup had a good night at the plate, coming up with 11 hits, leading to 6 runs. This victory came despite being the betting underdog, getting 100.0 on the moneyline. Together, the Rays and Orioles combined to surpass the over-under betting line set at 8.0 runs. On the season, Tampa Bay’s over-under record is 46-47-5.

After their 5 most recent games, the Rays have gone just 1-4. In this rough stretch of games, the team’s run differential comes in at -9. On offense, Tampa Bay’s offense has experienced a dip in production, averaging 3.0 runs per game over their last 5 contests. So far, Tampa Bay has won over half of their 31 series played, going 15-14-2.

Baltimore is coming off a 2-run loss to the Rays 6-4. On their way to giving up 6 runs, the Orioles staff allowed 11 hits. The Orioles’ offense ended the game with just 4 runs on 9 hits. Baltimore came away with a loss, despite being favored on the moneyline (-120.0). For the season, the team has been favored in 18 games, winning at a rate of 61.0%. The Orioles and Rays went over the run total line set at 8.0 runs. On the season, the team has an over-under record of just 45-49-4.

Across their last 5 contests, the Orioles are above .500, going 3-2. Their recent success is backed by an average scoring margin of +1 (last 5). Baltimore has benefited from strong pitching, as their offense has slipped in their last 5 games, averaging just 4.0 runs per game. Their overall average sits at 4.20. On the season, Baltimore has won more than half of their series, going 14-13-4.

Tampa Bay will roll with Ryan Yarbrough (0-5) as their starter. To date, Yarbrough has an ERA of 5.61 while lasting an average of 4.31 innings per appearance. Teams have been able to rack up runs against him, as he has a batting average allowed of 0.301. Home runs have been an issue for Yarbrough, as he is allowing an average of 1.46 per 9 innings pitched. Up to this point, Yarbrough has a strikeout percentage of just 13.0% and a per game average of 2.6. Leading into the game, he has shown a strong command of his pitches, averaging just 2.7 walks per contest.

Jordan Lyles gets the start for the Orioles, with an overall record of 6-8. To date, Lyles has an ERA of 4.79, while lasting an average of 5.61 innings per appearance. Compared to other starters, the right-hander has a high BA allowed of 0.282. Opposing hitters are hitting home runs at an above-average rate against Lyles. This year, he is allowing 1.28 HRs per 9 innings pitched. On the season, Jordan Lyles has had no problem racking up strikeouts, posting a strikeout percentage of 19.0%. This has led to an average of 4.65 K’s per game. Command has been a problem for Lyles, as he is giving up 2.88 walks per outing.

Today’s matchup between the Tampa Bay Rays and Baltimore Orioles will be their 16th meeting of the season. Tampa Bay has the lead in the series at 8-7. The over-under record in this series sits at 8-7. The average run total in these games is 11.63 runs per game. In these matchups, the average scoring differential sits at 2.33 runs. Going back to last year, Tampa Bay won the season series, 18 games to 1. In these 19 meetings, the two teams combined for an over-under record of 13-4. Last year, the Rays and Orioles averaged 11.63 runs per game. The average scoring differential in this series was 4.68 runs per game.

Heading into Thursday’s American League East showdown between Tampa Bay and Baltimore, I recommend taking the Orioles to come away with a win. Even though Jordan Lyles has had an up and down year, he has been trending in the right direction, and the Rays have lost all but 1 game in which Ryan Yarbrough has taken the mound.

Free MLB Pick: Orioles Moneyline. The 2022 NFL season is coming FAST! Be sure to check out our list of NFL betting tips!