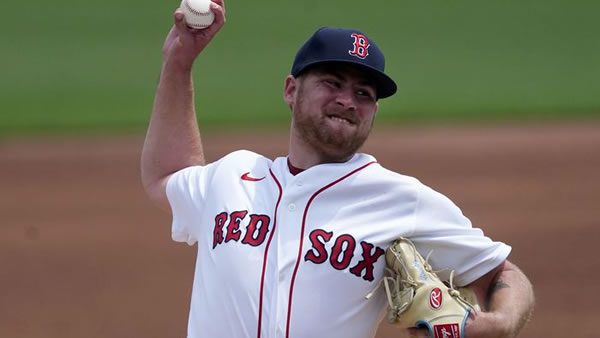 The Chicago Cubs host the Boston Red Sox on Friday, July 1st at Wrigley Field. The first pitch in this matchup is scheduled for 02:20 ET. The MLB Odds Board places Boston as the favorite (-130), with an OU line set at 9.0.

In the Boston Red Sox’ last game, they picked up a 6-5 win over the Blue Jays. The Blue Jays came up with 10 hits leading to 5 runs against Boston’s pitchers. The Red Sox benefited from an offense that generated 6 runs on 8 hits. This victory came despite being the betting underdog, getting 145.0 on the moneyline. This game went over the posted over-under line of 8.5 runs. The Red Sox now have an over-under record of 31-38-7.

In the Red Sox’s last 5 games, they are above .500, going 3-2. During this time, they have an average scoring differential of +2. Boston’s offense heads into action averaging 5.0 runs per game in their last 5 contests. Similar to their season average of 4.79. So far, Boston has won over half of their 24 series played, going 12-9-3.

The Chicago Cubs will be looking to pick up another win, as they most recently defeated the Reds by 8 runs (15-7). In the game, the team’s pitching staff allowed a total of 12 hits, leading to 7 runs. Offensively, they finished with 15 runs on 23 hits. In the game, Chicago was able to take care of business as they were the favorite at -130.0. So far, the team has won 44.0% of the games in which they were favored. In terms of the over-under, the Cubs and Reds combined to surpass the line of 10.5 runs. For the season, the team’s over-under record is 38-35-3.

In their last 5 games, the Cubs have put together a record of 3-2. During this time, the team’s run differential sits at +10. The Cubs’ offense has elevated their play over their last 5 games, averaging 7.0 runs per game, compared to their season average of 4.42. Chicago has a below .500 series record of just 7-12-5.

Boston will roll with Josh Winckowski (3-1) as their starter. So far, Winckowski has put together an ERA of 3.6. In his appearances leading up to today, he has lasted an average of 5.0 innings. Teams have been able to rack up runs against him, as he has a batting average allowed of 0.295. Opposing batters are hitting for power at a below-average rate against Winckowski, as he is allowing just 0.45 per 9 innings. Up to this point, Winckowski has a strikeout percentage of just 15.0% and a per game average of 3.25. Throughout the season, Winckowski has avoided walking batters, allowing just 2.7 per contest.

For the Cubs, starting pitcher Adrian Sampson has yet to factor into a decision. Currently, Sampson has a strong ERA of just 1.69 while pitching an average of 3.4 innings per outing. Hits have been hard to come by against the right-hander, as his batting average allowed is just 0.179. Heading into the game, Sampson has yet to give up a home run. In terms of strikeouts, Sampson is averaging just 3.33 K’s per game. So far, he has struck out 24.0% of the batters he has faced. Leading into the game, he has shown a strong command of his pitches, averaging just 1.69 walks per contest.

Today’s matchup between the Boston Red Sox and Chicago Cubs will be their first meeting of the season.

Today’s game between Boston and Chicago features a pitching matchup of Josh Winckowski and Adrian Sampson. Between the two pitchers, they have appeared in just 7 games this season. However, I give the edge to Boston as I don’t see the Cubs’ offense putting up a performance like last night’s outing vs the Reds. I like the Red Sox on the moneyline.

Free MLB Pick: Red Sox Moneyline. Bet your Red Sox vs. Cubbies pick and ALL your baseball wagers for free this week by scoring a huge 100% real cash bonus on your first deposit of $100 to $500 when you use bonus code PREDICTEM at Betnow Sportsbook!