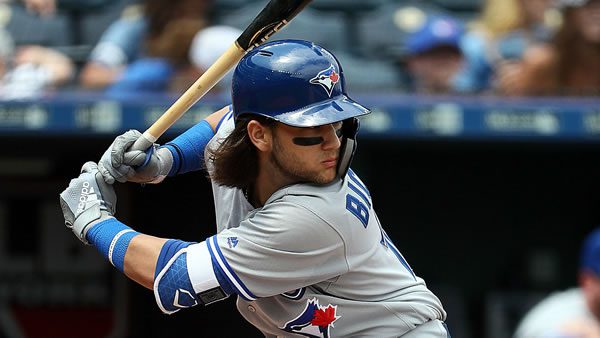 Money Line: Rays +117 / Blue Jays -140 (Bovada - They pay fast, offer a generous 50% real cash bonus, rebates on ALL your bets and have the most amazing live betting platform on the web! Check’em out!)

The Toronto Blue Jays host the Tampa Bay Rays on Friday, July 1st at Rogers Centre. The first pitch in this matchup is scheduled for 03:07 ET. The MLB Odds Board places Toronto as the favorite (-140), with an OU line set at 9.0.

The Rays come into this matchup having suffered a 3 run loss to the Blue Jays (4-1). On their way to giving up 4 runs, the Rays staff allowed 9 hits. The Rays ended the game with just 1 run on 5 hits. The loss came as Tampa Bay was the betting underdog, getting 130.0 on the moneyline. 1 This matchup remained below the over-under line set at 9.5 runs. This outcome pushed Tampa Bay’s over-under record further below .500 at 32-38-5.

Over the Rays’ last 5 contests, they have a record of just 2-3. In this rough stretch of games, the team’s run differential comes in at -4. A key reason for Tampa Bay’s recent struggles is an offense averaging just 3.4 runs per game over their last 5 contests, compared to a season average of 3.99. Tampa Bay’s overall series record is just 11-12-2.

Toronto will look to keep things rolling in today’s game, as they most recently took down Rays by 3 runs 4-1. In the winning effort, the team’s pitchers held the Rays to 1 run and 5 hits. At the plate, the Blue Jays only came through for 4 runs on 9 hits. In the game, Toronto was able to take care of business as they were the favorite at -140.0. So far, the team has won 59.0% of the games in which they were favored. With this result, the Blue Jays and Rays combined to fall below the over-under line of 9.5 runs. Toronto still has an above .500 over-under record at (41-34-1).

In their last 5 games, the Blue Jays have put together a record of 3-2. During this time, the team’s run differential sits at +1. Toronto is still playing winning baseball, even with their offense averaging just 5.0 runs per game, compared to a season-long mark of 4.75. On the season, Toronto has won more than half of their series, going 14-8-3.

Corey Kluber gets the start for the Rays, with an overall record of 3-4. To date, Kluber has an ERA of 3.45 while lasting an average of 5.21 innings per appearance. Compared to other starters, the right-hander has a high BA allowed, currently sitting at 0.245. So far, Kluber has managed to keep the ball in the ballpark, allowing just 1.11 home runs per 9 innings. On the season, Corey Kluber has had no problem racking up strikeouts, posting a strikeout percentage of 22.0%. This includes a per game average of 4.71 K’s per game. Leading into the game, he has shown a strong command of his pitches, averaging just 1.36 walks per contest.

In today’s game, Toronto turns to starter José Berríos. For the year, he has a record of 5-4. To date, Berríos has an ERA of 5.86 while lasting an average of 5.21 innings per appearance. Opposing teams have hit the ball well against the right-hander, with a batting average of 0.283. Opposing hitters are hitting home runs at an above average rate against Berríos. This year, he is allowing 1.96 HRs per 9 innings pitched. On the season, José Berríos has had no problem racking up strikeouts, posting a strikeout percentage of 19.0%. This has led to an average of 4.27 K’s per game. For the season, he has struggled with command averaging 2.3 walks per outing.

For the season, the Tampa Bay Rays and Toronto Blue Jays will be playing their 5th game of the season. So far, the teams have each won 2 times. Through 4 games, the series’ over-under record is 0-3, with the average run total sitting at 8.37 runs per game. In these matchups, the average scoring differential sits at 3.25 runs. Last season, Tampa Bay picked up the series win, 11 games to 8. The over-under record in last year’s matchups was 6-11, with the average run total being 8.37 runs per game. On average, the winning team won by a margin of 3.53 runs per contest.

Heading into Friday’s AL East matchup between Tampa Bay and Toronto, the Blue Jays are favored despite Jose Berrios’ recent struggles. Even though the Rays’ offense can be inconsistent, I see their bats coming to life against Berrios. I see this as an opportunity to grab Tampa Bay on the moneyline, generating some positive odds.

Free MLB Pick: Tampa Bay Moneyline. Bet your Rays vs. Jays pick and ALL your MLB wagers for free this week by scoring a huge 100% real cash bonus on your first deposit of $100 to $500 when you use bonus code PREDICTEM at Betnow Sportsbook!