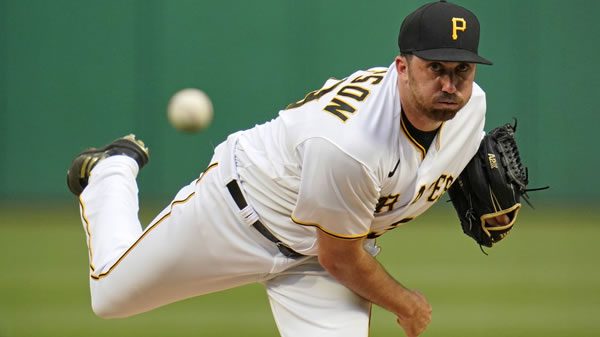 Money Line: Reds -105 / Pirates -115 (Bovada - 50% bonus! Awesome loyalty program that pays you whether you win or lose! Awesome live betting platform! A must have!)

The Pittsburgh Pirates host the Cincinnati Reds on Sunday, August 21st at PNC Park. The first pitch in this matchup is scheduled for 01:35 ET. The MLB Odds Board places Pittsburgh as the favorite (-115), with an OU line set at 8.5.

The Cincinnati Reds will look to pick up another big win after they defeated Pittsburgh by a score of 10-1. Overall, the team’s pitching staff limited Pittsburgh to 1 run on 4 hits. The Reds lineup had a good night at the plate, coming up with 14 hits, leading to 10 runs. This victory came despite being the betting underdog, getting 130.0 on the moneyline. With the over-under line set at 8.5 runs, the Reds and Pittsburgh combined to go over this total. So far, Cincinnati has an above .500 over-under record of 60-56-2.

In their last 5 games, the Reds are below .500, at 2-3. Even with this record, their scoring differential during this time is +1. During this stretch, the offense is averaging 4.4 runs per game, similar to their season-long average of 4.24. Cincinnati’s overall series record is just 11-19-8.

Pittsburgh is coming off a 9 run loss to the Reds. Dropping the game 10-1. In the game, the team’s pitching staff allowed a total of 14 hits, leading to 10 runs. With their 4 hits, the Pirates could only plate 1 runner. Pittsburgh dropped the game despite being favored at -154.0. So far, the team has won 60.0% of the games in which they were favored. The Pirates and Reds went over the run total line set at 8.5 runs. Against the run total, Pittsburgh is just 54-57-9.

The Pirates come into today’s game looking to turn things around, as they are just 2-3 over their last 5 games. This recent slump is backed by a scoring margin of -9 over their last 5 games. Even with their recent struggles, the offense has been steady, averaging 4.0 runs per game. This is right in line with their season average of 3.63. Pittsburgh has a below .500 series record of just 9-22-8.

The Cincinnati Reds will send Mike Minor to the mound with an overall record of 1-10. To date, Minor has an ERA of 6.31 while lasting an average of 5.15 innings per appearance. Compared to other starters, the left-hander has a high BA allowed, currently sitting at 0.287. Home runs have been an issue for Minor, as he is allowing an average of 2.42 per 9 innings pitched. In terms of strikeouts, Mike Minor has a strong strikeout percentage of 19.0%, including a per game average of 4.46. Command has been a problem for Minor, as he is giving up 3.9 walks per outing.

Zach Thompson gets the start for the Pirates, with an overall record of 3-9 and an ERA of 5.51. On average, he has lasted 4.28 innings per appearance. Teams have been able to rack up runs against him, as he has a batting average allowed of 0.278. Opposing hitters are hitting home runs at an above average rate against Thompson. This year, he is allowing 1.62 HR’s per 9 innings pitched. On the season, Zach Thompson has had no problem racking up strikeouts, posting a strikeout percentage of 16.0%. This has led to an average of 3.05 K’s per game. Command has been a problem for Thompson, as he is giving up 3.71 walks per outing.

Today’s matchup between the Cincinnati Reds and Pittsburgh Pirates will be their 12th meeting of the season. So far, Cincinnati is leading the season series, 6-5. Through 11 games, the series over-under record is 6-5, with the average run total sitting at 10.47 runs per game. In these matchups, the average scoring differential sits at 3.91 runs. Going back to last year, Cincinnati won the season series, 13 games to 6. In these 19 meetings, the two teams combined for an over-under record of 12-5. Last year, the Reds and Pirates averaged 10.47 runs per game. On average, the winning team won by a margin of 5.32 runs per contest.

Heading into Sunday’s NL Central matchup between Cincinnati and Pittsburgh, the over-under line is set at 8 runs. With a pitching matchup of Mike Minor and Zach Thompson, look for the offenses to have big games at the plate. I recommend taking the over.

Free MLB Pick: Over 8. Did you know that you can bet on games at -105 odds instead of -110? Find this killer money saving offer at Betanysports Sportsbook!