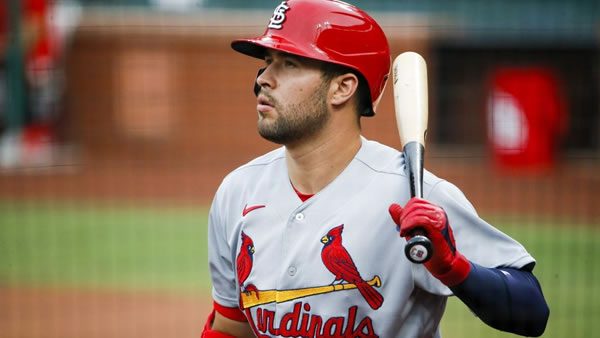 The St. Louis Cardinals host the Colorado Rockies on Thursday August 18th at Busch Stadium. The first pitch in this matchup is scheduled for 01:15 ET. The MLB Odds Board places St. Louis as the favorite (-240), with an OU line set at 8.0.

The Rockies come into this matchup having suffered a 4 run loss to the Cardinals (5-1). On their way to giving up 5 runs, the Rockies staff allowed 9 hits. Offensively, they finished with just 1 run on 7 hits. Colorado’s loss came as the underdog, getting 170.0 on the moneyline. Together, the Rockies and Cardinals stayed below the over-under line set at 7.0 runs. Colorado games have still surpassed the over-under line more than half of the time, at 57-56-6.

Over the Rockies’ last 5 contests, they have a record of just 1-4. This mark has come on an average run margin of just -12. A key reason for Colorado’s recent struggles is an offense averaging just 2.8 runs per game over their last 5 contests, compared to a season average of 4.51. Colorado’s overall series record is just 15-19-3.

The St. Louis Cardinals are coming off a big win over the Rockies by a score of 5-1. For the game, the pitching staff held the Rockies to 1 run on 7 hits. In the victory, the Cardinals came up with 9 hits and 5 runs. In the game, St. Louis was able to take care of business as they were the favorite at -200.0. For the season, the team has been favored in 69 games, winning at a rate of 68.0%. With this result, the Cardinals and Rockies combined to fall below the over-under line of 7.0 runs. This result comes as no surprise, as the team’s over-under record is just 54-58-4.

In their last 5 games, the Cardinals have put together a record of 4-1. During this time, the team’s run differential sits at +9. St. Louis is still playing winning baseball, even with their offense averaging just 4.2 runs per game, compared to a season-long mark of 4.71. On the season, St. Louis has won more than half of their series, going 18-10-8.

Colorado will roll with Antonio Senzatela (3-6) as their starter. So far, Senzatela has put together an ERA of 4.67. In his appearances leading up to today, he has lasted an average of 5.01 innings. Opposing teams have hit the ball well against the right-hander, with a batting average of 0.343. This season, Senzatela has been able to avoid giving up home runs, allowing just 0.9 per 9 innings. This season, he has struck out 13.0 of the batters he has faced. This has led to a per-game average of 2.89. Command has been a problem for Senzatela, as he is giving up 2.28 walks per outing.

The St. Louis Cardinals will send Adam Wainwright to the mound with an overall record of 8-8. Through 23 appearances, Wainwright has an ERA of just 3.27 while averaging 6.22 innings per appearance. Together, opponents have a batting average of 0.245 against Wainwright. Opposing batters are hitting for power at a below-average rate against Adam Wainwright, as he is allowing just 0.88 per 9 innings. In terms of strikeouts, Wainwright has a strong K% of 20.0%, including a per game average of 5.04.

Today’s matchup between the Colorado Rockies and St. Louis Cardinals will be their 6th meeting of the season. Currently, St. Louis is winning the season series 3-2. The over-under record in this series sits at 4-1. The average run total in these games is 7.57 runs per game. The averge scoring margin in these meetings is 4.4 runs. Dating back to last season, the St. Louis picked up 4 wins compared to 3, taking the season series. The over-under record in last year’s matchups was 1-6, with the average run total being 7.57 runs per game. The average scoring differential in this series was 2.71 runs per game.

Heading into Thursday’s National League matchup between Colorado and St. Louis, the Cardinals are the strong favorite on the moneyline. Adam Wainwright is coming off an outstanding outing vs Milwaukee, in which he gave up just 3 hits across 9 innings. Look for another good performance from the veteran. I like St. Louis to cover the runline.