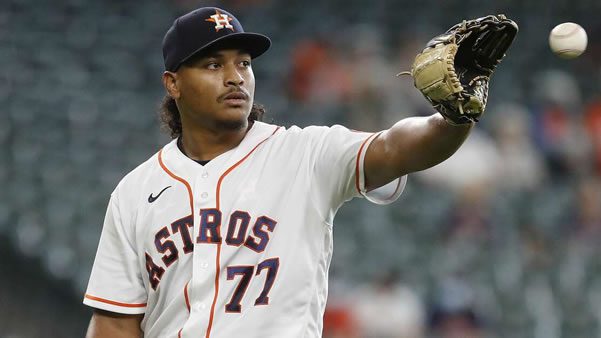 The Chicago White Sox host the Houston Astros on Thursday, August 18th at Guaranteed Rate Field. The first pitch in this matchup is scheduled for 02:10 ET. The MLB Odds Board places Houston as the favorite (-125), with an OU line set at 8.5.

In the Houston Astros’ last game, they picked up a 3-2 win over the White Sox. Overall, the team’s pitching staff limited the White Sox to 2 runs on 8 hits. The team was able to pick up the win despite scoring just 3 runs on their 5 hits. Heading into their last game, Houston was the betting favorite at -154.0. Through 103 games as the favorite, the team has found the win column at a rate of 66.0%. Together, the Astros and White Sox stayed below the over-under line set at 8.0 runs. With this result, Houston’s over-under record dropped even further, moving to just 44-71-4.

The Astros come into this game with a 3-2 record over their last 5 contests. Over this stretch, the team has a positive run differential at +9. Overall, Houston is averaging 4.48 runs per game. Over their last 5 contests, they have been producing at a similar rate, at 4.48. So far, Houston has won over half of their 39 series played, going 24-12-3.

The White Sox will look to bounce back from a tight 3-2 loss to the Astros. Despite the losing effort, the team’s pitchers held the Astros to 3 runs and 5 hits. With their 8 hits, the White Sox could only plate 2 runners. This loss came as no surprise, as Chicago came into the game as the underdog, getting 130.0. In their 41 games as the underdog, their straight-up win percentage sits at 44.0%. Combined, the White Sox and Astros’ run total fell below the over-under line of 8.0 runs. This result comes as no surprise, as the team’s over-under record is just 52-57-9.

In their last 5 games, the White Sox have put together a record of 4-1. During this time, the team’s run differential sits at +6. Chicago has benefited from strong pitching, as their offense has slipped in their last 5 games, averaging just 4.2 runs per game. Their overall average sits at 4.24. On the season, Chicago has won more than half of their series, going 16-13-8.

Luis Garcia gets the start for the Astros, with an overall record of 4-6. So far, Garcia has put together an ERA of 3.56. In his appearances leading up to today, he has lasted an average of 0.96 innings. Compared to other starters, the right-hander has a high BA allowed, currently sitting at 0.254. So far, Garcia has managed to keep the ball in the ballpark, allowing just 0.63 home runs per 9 innings. This season, he has struck out 25% of the batters he has faced. This has led to a per game average of 1.02. Throughout the season, Garcia has avoided walking batters, allowing just 2.51 per contest.

Lucas Giolito gets the start for the White Sox, with an overall record of 9-6. To date, Giolito has an ERA of 4.92 while lasting an average of 5.39 innings per appearance. Compared to other starters, the right-hander has a high BA allowed of 0.284. Opposing hitters are hitting home runs at an above-average rate against Giolito. This year, he is allowing 1.43 HR’s per 9 innings pitched. In terms of strikeouts, Lucas Giolito has a strong K% of 26.0%, including a per game average of 6.05. Command has been a problem for Giolito, as he is giving up 3.41 walks per outing.

For the season, the Houston Astros and Chicago White Sox will be playing their 7th game of the season. So far, the teams have each won 3 times. The over-under record in this series sits at 1-3. The average run total in these games is 9.73 runs per game. The averge scoring margin in these meetings is 3.67 runs. Last season, Houston picked up the series win, 8 games to 3. In these 11 meetings, the two teams combined for an over-under record of 7-4. Last year, the Astros and White Sox averaged 9.73 runs per game. On average, the winning team won by a margin of 5.73 runs per contest.

Heading into Thursday’s American League showdown between Houston and St. Louis, both starting pitchers have the talent to lock down opposing teams but have been inconsistent. I recommend taking the Astros to come away with the win, as Lucas Giolito struggled in his last outing vs Houston. For the game, he allowed 8 runs in just 5 innings.