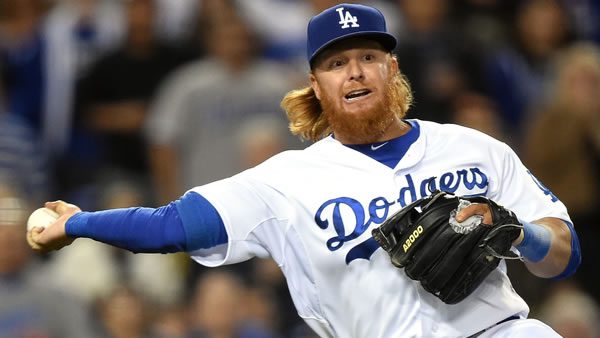 The Los Angeles Dodgers host the Colorado Rockies on Wednesday October 5th at Dodger Stadium. The first pitch in this matchup is scheduled for 04:20 ET. The MLB Odds Board places Los Angeles as the favorite (OFF), with an OU line set at OFF.

Colorado looks to keep things rolling after taking down the LA Dodgers by the score of 5-2. Overall, the team’s pitching staff limited the LA Dodgers to 2 runs on 5 hits. The Rockies benefited from an offense that generated 5 runs on 9 hits. Colorado picked up the win, despite getting 300.0 on the moneyline. Together, the Rockies and LA Dodgers stayed below the over-under line set at 7.5 runs. So far, Colorado has been a good candidate to fall below the betting line, as their over-under record sits at just 75-79-7.

The Rockies come into this game with a 3-2 record over their last 5 contests. However, even with an above .500 record (last 5) their run differential sits at just -4 (last 5). Colorado comes into the game struggling on offense, averaging 3.2 runs per game over their last 5. This figure is down from their season average of 4.33. Colorado’s overall series record is just 20-25-5.

Los Angeles will look to move on from a 3 run loss to the Rockies, falling by the score of 5-2. On their way to giving up 5 runs, the Dodgers staff allowed 9 hits. At the plate, the Dodgers only came through for 2 runs on 5 hits. Los Angeles came away with a loss, despite being favored on the moneyline (-400.0). For the season, the team has been favored in 157 games, winning at a rate of 69.0%. With this result, the Dodgers and Rockies combined to fall below the over-under line of 7.5 runs. Now, Los Angeles had an over-under record of 67-82-12.

In their last 5 contests, the Dodgers have just 2 wins, going 2-3. Despite this record, the team still has a positive run differential of +4 (last 5). The team’s offense is partly to blame for their recent slump, as they have averaged just 4.0 runs over their last 5 game. On the season, Los Angeles has won more than half of their series, going 37-11-2.

Colorado will roll with Austin Gomber (5-7) as their starter. To date, Gomber has an ERA of 5.62 while lasting an average of 3.79 innings per appearance. Compared to other starters, the left-hander has a high BA allowed, currently sitting at 0.282. Home runs have been an issue for Gomber, as he is allowing an average of 1.41 per 9 innings pitched. In terms of strikeouts, Austin Gomber has a strong strikeout percentage of 18.0%, including a per game average of 2.84. For the season, he has struggled with command averaging 2.44 walks per outing.

Clayton Kershaw gets the start for the Dodgers, with an overall record of 11-3. Through 21 appearances, Kershaw has an ERA of just 2.3 while averaging 5.77 innings per appearance. Overall, opponents have a batting average of just 0.212 against the right-hander. This year Kershaw is allowing just 0.67 home runs per 9 innings pitched. Overall, Clayton Kershaw has struck out 27.0% of the batters he has faced. On average, he averages 6.1 K’s per game. Command has been a problem for Kershaw, as he is giving up 1.63 walks per outing.

For the season, the Colorado Rockies and Los Angeles Dodgers will be playing their 19th game of the season. Los Angeles holds the edge in the series at 10-8. The over-under record in this series sits at 5-11. The average run total in these games is 9.63 runs per game. The averge scoring margin in these meetings is 3.5 runs. Los Angeles won last year’s head to head series, grabbing 13 wins to 6. In these 19 meetings, the two teams combined for an over-under record of 7-12. Last year, the Rockies and Dodgers averaged 9.63 runs per game. The average scoring differential in this series was 3.11 runs per game.

Although the Los Angeles Dodgers have nothing to play for in their final game of the season, and Colorado has rattled off 3 straight wins vs LA, I expect the Dodgers to finish the regular season with a win. Look for Los Angeles’ bats to come to life vs left-hander Austin Gomber. I like LA on the runline.