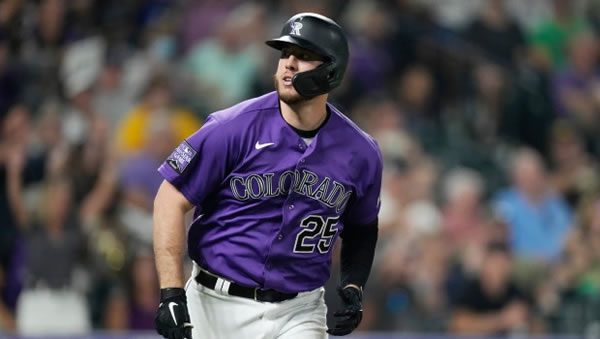 The Colorado Rockies host the Kansas City Royals on Sunday, May 15th at Coors Field. The first pitch in this matchup is scheduled for 03:10 ET. The MLB Odds Board places Colorado as the favorite (-143), with an OU line set at 11.0.

The Colorado Rockies are coming off a big win over the Royals by a score of 10-4. For the game, the pitching staff held the Royals to 4 runs on 5 hits. At the plate, the Rockies scored 10 times on 10 hits. In the game, Colorado was able to take care of business as they were the favorite at -145.0. For the season, the team has been favored in 12 games, winning at a rate of 67.0%. In terms of the over-under, the Rockies and Royals combined to surpass the line of 11.5 runs. Overall, the team has gone over the betting line in over half of their games, going 18-14-1.

In their last 5 contests, Rockies have just 1 win, going 1-4. This recent slump is backed by a scoring margin of -14 over their last 5 games. In their 5 most recent contests, the team is scoring at a rate of 5.6, similar to their season-long average of 4.64. On the season, Colorado has won more than half of their series, going 6-3-2.

The Kansas City Royals will send Daniel Lynch to the mound with an overall record of 2-2. To date, Lynch has an ERA of 4.01 while lasting an average of 4.84 innings per appearance. Teams have been able to rack up runs against him, as he has a batting average allowed of 0.242. Opposing batters have been able to drive the ball with power against Lynch, averaging 1.49 homers per 9 innings pitched. Lynch has accumulated a strikeout percentage of 23.0% and a per-game average of 5.0. Throughout the season, Lynch has avoided walking batters, allowing just 3.28 per contest.

Austin Gomber gets the start for the Rockies, with an overall record of 2-3. So far, Gomber has put together an ERA of 4.36. In his appearances leading up to today, he has lasted an average of 5.5 innings. Teams have been able to rack up runs against him, as he has a batting average allowed of 0.258. Opposing batters have been able to drive the ball with power against Gomber, averaging 1.09 homers per 9 innings pitched. Per game, Austin Gomber is averaging 4.83, on a strikeout percentage of 22.0%. For the season, he has struggled with command averaging 2.73 walks per outing.

Today’s matchup between the Kansas City Royals and Colorado Rockies will be their 3rd meeting of the season. Today’s game will be a rubber match for the two teams, as Kansas City and Colorado each have 1 win. Through 2nd games, the series’ over-under record is 2-0, with the average run total sitting at nan runs per game. The averge scoring margin in these meetings is 5.0 runs.

In the first two games of this series, the two teams have already combined for 24 and 14 runs, respectively. In today’s matchup, I recommend taking the under, as we already saw Kansas City’s 27th ranked scoring offense come back down to earth in game 2, putting up just 4 runs. Although I don’t expect a pitching gem out of Royals starter Daniel Lynch, he should help do his part to keep this game below 11 runs.

Free MLB Pick: Under 11 Runs. Bet your Royals vs. Rockies pick for FREE by taking advantage of a 100% real cash bonus on your first deposit of $100 to $500 at Betnow Sportsbook! (Must use bonus code PREDICTEM).