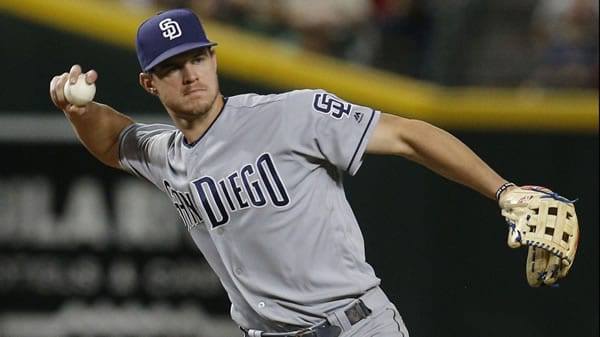 Arihara’s first start of his big league career worked out well for four innings, as he held Kansas City at bay to that point. But then the fifth inning happened, and things unraveled in a hurry for Texas, as Arihara gave up three in the fifth to allow the Royals back into the game and then watched as Kansas City teed off on the Texas bullpen to turn a 4-3 lead into a 10-4 deficit.

And that’s the problem with the Rangers’ situation: they do not have the pitching needed to compete in the American League. The hitting is good enough for Texas to win on most evenings, but the pitching means that the Rangers find themselves on the wrong end of a lot of high-scoring affairs. Other than their most recent game, which saw Kyle Gibson put up a great performance and hold Toronto to just a run, Texas hasn’t held anyone under three and has seen the total go over three times and push once already. At 5.33 runs per game, the Rangers can definitely score, but the ERA is an astronomical 6.06 even after Toronto’s power outage.

So far, the Padres’ young guns are not getting the job done at the plate. San Diego was expected to be a better defensive team this year with the rotation’s additions, but the Padres’ hitters seem to have forgotten that they’ve also got a job to do. In their past four games, the Padres have averaged just two runs, and the under has now cashed in six consecutive games.

With Joe Musgrove on the mound, there’s always a chance of the under hitting again. The Padres did give Musgrove plenty of support in his first start for the Padres, but the under still cashed because Musgrove totally flummoxed Arizona, shutting out the Diamondbacks to earn the win. With that said, this might be a good time to buy low on the Padre offense because San Diego is going to figure this out eventually, and the chances are good that it comes against a bad Rangers pitching staff.

While the Padres’ hitters are having their growing pains, the investment in the pitching is paying off in a big way for San Diego. The Padres’ hurlers had one bad day at the office on opening day, but since then, nobody has topped three runs against them. However, bad things apparently come in threes for the Padres because all three of their losses have seen the exact same total scored by the opponent: three.

Musgrove will be trying to keep Texas off that number, although he’ll probably be focused on getting to that number a lot himself in terms of strikeouts. Musgrove’s past four starts have seen him put up excellent K numbers, as he’s fanned at least eight hitters in each of his past four starts. The Rangers are middle-of-the-road in strikeouts, but with only 19 walks in six games, Texas clearly isn’t patient. That’s a problem against Musgrove, who didn’t walk anyone last game and has kept his free passes to two or less in his past six starts.

With temperatures at 84 degrees at first pitch, the Rangers might choose to close the roof. If they don’t, the wind will blow out to dead center, going southwest at 8 miles per hour.

This one looks like the over is a solid bet, as the Rangers’ pitching is subpar, and the Padres are going to get going eventually. As for the game itself, San Diego’s pitching has been excellent, and if Texas isn’t hitting, Texas isn’t winning. I think the Rangers hit better than the Diamondbacks did, but for this game, I’ve got to back San Diego and will likely do so on the run line. Bet this pick and ALL your MLB picks this week for FREE by taking advantage of a 100% real cash bonus offer where they’ll match your first deposit of $100 to $300 at MyBookie Sportsbook! (Must use bonus code PREDICT100).