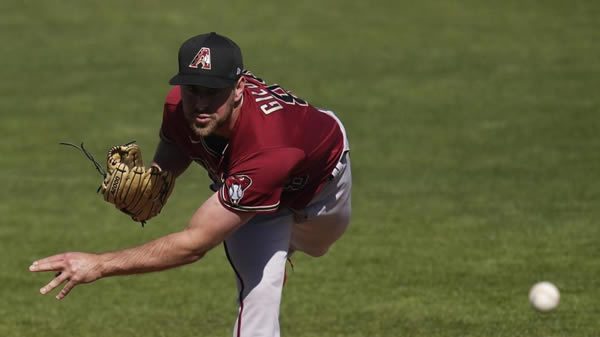 Eyes On The Prize

There’s a big reason the Mariners are only laying -125 (Bookmaker) juice here: it’s because the schedule has set up the ultimate trap game for Seattle. On Monday, the Mariners begin a three-game set with Houston, and thanks to taking care of their own business and a bit of help from the Padres, they’re now in a position where they could possibly cut the Astros lead to 2.5 games if they can get a sweep.

But they’re facing one more game with Arizona before they get to that moment, and even though the Diamondbacks sport a poor record, baseball is the one sport where the worst team can beat the best team one out of five or more. Arizona has nothing to play for and nothing to lose, and if the Mariners aren’t careful, they could blow a golden opportunity in this situation. The Mariners have won five of six and seem to be cognizant of the job that’s required of them, but avoiding complacency and keeping their eyes on the AL West is critical over the final 25 games.

Reversal of the Situation

There’s a common phrase in sports: what happens when an unstoppable force meets an immovable object? In this series, we’ve got the exact opposite: what happens when a very stoppable force meets an easily movable object? The Mariners have been one of the least effective offenses in the game, as they rank dead last in batting average and next-to-last in on-base percentage. However, they’ve put up 14 runs in their past two games, in large part because Arizona has the second-worst ERA of anyone in baseball.

The Diamondbacks are actually reasonably competent at the plate, scoring 4.6 runs per game in their past ten contests despite getting shut out twice. But the pitching has really been Arizona at its worst, giving up 57 runs in their past ten games and allowing both Seattle and Philadelphia to drill them for at least six runs in all six of those matchups. The over has cashed in five of the past six Diamondbacks games, and there’s a good chance that it could occur again here.

Statistically, the one decent pitcher the Diamondbacks have had has been Tyler Gilbert, but that looks slightly skewed because he’s living off of one brilliant start where he tossed a no-hitter against San Diego. Overall, he’s got a 1.72 ERA at home, but he’s only thrown 15.2 innings at Chase Field for the season, and nine of those were the no-hitter against the Padres.

But Gilbert has seemingly picked up the common problem of trying to follow up his no-hitter with consistent performance, and it’s not come close to happening. Over his past three starts, he’s given up 20 hits and nine runs, which isn’t terrible but also isn’t fantastic when he’s going to be followed by a bullpen that’s more of a tire fire than a fire extinguisher. With so little data on the books, it’s possible that Gilbert returns to what he showed during the no-hitter, but it appears more likely that he’s going to head in the wrong direction based on his past three trips to the hill.

With temperatures hitting 100 degrees in Phoenix at first pitch, it’s pretty obvious that this game’s going to be played indoors.

The Mariners could easily fall into this trap, but with Chris Flexen on the mound, Seattle’s got the right starter in place to get them past this game and get them into the series with Houston. For me, the best bet on the board is the over, but I’ll play the Mariners to come out with a win here. Question: Did you know that you could be wagering on football games at -105 odds instead of -110? Start saving big bucks TODAY by making the switch to BetAnySports! You’ll be so glad you did!