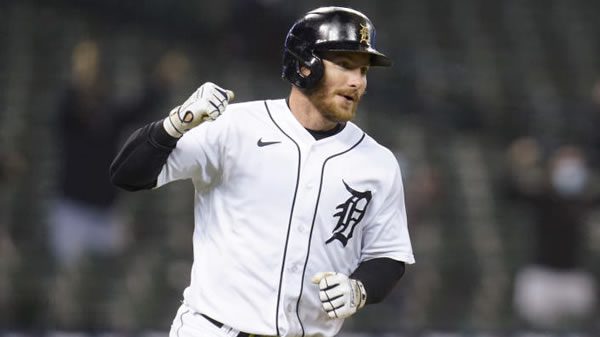 The Chicago White Sox host the Detroit Tigers on Saturday, July 9th at Guaranteed Rate Field. The first pitch in this matchup is scheduled for 02:10 ET. The MLB Odds Board places Chicago as the favorite (-175), with an OU line set at 8.5.

Detroit looks to keep things rolling after taking down the White Sox by the score of 7-5. For the game, Detroit’s pitching staff allowed 5 runs on 11 hits. The Tigers benefited from an offense that generated 7 runs on 8 hits. Detroit picked up the win, despite getting 145.0 on the moneyline. This game went over the posted over-under line of 8.0 runs. The Tigers now have an over-under record of 30-49-4.

The Tigers will look to continue their strong play, as they are are 5-0 over their last five contests. During this time, they have an average scoring differential of +18. Their hot play has been driven by an offense that typically averages 3.23 runs per game. But over this stretch, this figure has bumped up to 6.6. Detroit’s overall series record is just 8-15-4.

In Chicago’s last outing, they fell by a score of 7-5 to the Tigers. In the game, the team’s pitching staff allowed a total of 8 hits, leading to 7 runs. At the plate, the White Sox scored 5 times on 11 hits. Chicago came away with a loss, despite being favored on the moneyline (-175.0). For the season, the team has been favored in 48 games, winning at a rate of 52.0%. The White Sox and Tigers went over the run total line set at 8.0 runs. For the season, the team’s over-under record is 40-38-4.

In their last 5 contests, the White Sox have just 1 win, going 1-4. This recent slump is backed by a scoring margin of -11 over their last 5 games. Even with their recent struggles, the offense has been steady, averaging 4.0 runs per game. This is right in line with their season average of 4.24. Chicago has a below .500 series record of just 11-13-3.

Detroit will roll with Garrett Hill (1-0) as their starter. Currently, Hill has an ERA of just 1.5 while pitching an average of 6.0 innings per outing. Hits have been hard to come by against the right-hander, as his batting average allowed is just 0.105. Opponents have been able to hit for power against Hill, as he has an HR/9 figure of 1.5. Hill is in the bottom half of the league in strikeouts, averaging just 3.0 K’s per game. This includes a strikeout percentage of 15.0%. Throughout the season, Hill has avoided walking batters, allowing just 1.5 per contest.

Johnny Cueto gets the start for the White Sox, with an overall record of 2-4. Currently, Cueto has a strong ERA of just 3.3 while pitching an average of 6.0 innings per outing. In his previous outings, right-hander opponents are hitting 0.244 off the right-hander. Opposing hitters are hitting home runs at an above-average rate against Cueto. This year, he is allowing 1.35 HRs per 9 innings pitched. Cueto’s current strikeout average is 4.8 per game. This includes a K rate of 20.0%. Throughout the season, Cueto has avoided walking batters, allowing just 2.7 per contest.

For the season, the Detroit Tigers and Chicago White Sox will be playing their 9th game of the season. Chicago holds the edge in the series at 5-3. Through 8 games, the series’ over-under record is 5-3, with the average run total sitting at 9.32 runs per game. The averge scoring margin in these meetings is 4.62 runs. Chicago won last year’s head-to-head series, grabbing 12 wins to 7. The over-under record in last year’s matchups was 9-9, with the average run total being 9.32 runs per game. The average scoring differential in this series was 3.63 runs per game.

Heading into Saturday’s AL Central showdown between Detroit and Chicago, the White Sox are the favorite to bounce back with a win. On the other side, the Tigers will hope for starter Garrett Hill to replicate his MLB debut, as he gave up just 1 run on 2 hits across 6 innings. However, I recommend taking the White Sox and Johnny Cueto to pick up the victory.