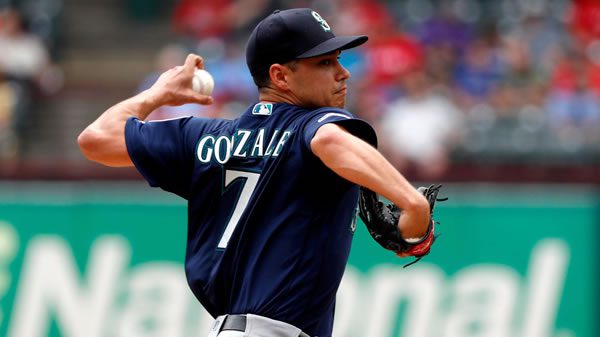 The Seattle Mariners host the Texas Rangers on Thursday September 29th at T-Mobile Park. The first pitch in this matchup is scheduled for 09:40 ET. The MLB Odds Board places Seattle as the favorite (-125), with an OU line set at 7.0.

The Rangers come into this game having suffered a 3-1 loss to the Mariners. Even in the loss, the pitching staff gave up just 3 runs while allowing 5 hits. With their 5 hits, the Rangers could only muster 1 run. The loss came as Texas was the betting underdog, getting 145.0 on the moneyline. Combined, the Rangers and Mariners fell short of the over-under betting line of 6.5 runs. Even after this game, Texas’s overall over-under record sits at 75-70-9.

Over the Rangers’ last 5 contests, they have a record of just 1-4. This mark has come on an average run margin of just -8. Texas’s offense is in the middle of a cold streak, as their offensive production has dipped to just 3.0 runs per game over their last 5 contests. Texas’s overall series record is just 16-26-9.

Seattle will look to keep things rolling in today’s game, as they most recently took down Rangers by 2 runs 3-1. In the winning effort, the team’s pitchers held the Rangers to 1 run and 5 hits. With their 5 hits, the Mariners could only muster 3 runs. In the game, Seattle was able to take care of business as they were the favorite at -175.0. For the season, the team has been favored in 85 games, winning at a rate of 64.0%. Combined, the Mariners and Rangers’ run total fell below the over-under line of 6.5 runs. Now, Seattle had an over-under record of 70-77-7.

The Mariners come into today’s game looking to turn things around, as they are just 2-3 over their last 5 games. This recent slump is backed by a scoring margin of -7 over their last 5 games. Even with their recent struggles, the offense has been steady, averaging 4.4 runs per game. This is right in line with their season average of 4.19. On the season, Seattle has won more than half of their series, going 24-20-5.

Texas will roll with Jon Gray (7-7) as their starter. To date, Gray has an ERA of 3.56 while lasting an average of 5.28 innings per appearance. Through 22 outings, opposing teams have combined for a batting average of 0.214. Per 9 innings pitched, Gray is averaging 0.93 home runs allowed. Per game, Jon Gray is averaging 5.73, on a strikeout percentage of 27.0%. For the season, he has struggled with command averaging 2.79 walks per outing.

Marco Gonzales gets the start for the Mariners, with an overall record of 10-15. To date, Gonzales has an ERA of 4.05 while lasting an average of 5.7 innings per appearance. Compared to other starters, the right-hander has a high BA allowed of 0.269. Home runs have been an issue for Gonzales, as he is allowing an average of 1.42 per 9 innings pitched. Per game, Marco Gonzales is averaging 3.13, on a strikeout percentage of 13.0%. Command has been a problem for Gonzales, as he is giving up 2.47 walks per outing.

Today’s matchup between the Texas Rangers and Seattle Mariners will be their 19th meeting of the season. Currently, Seattle is winning the season series 13-5. Through 18 games, the series over-under record is 8-9, with the average run total sitting at 8.11 runs per game. The averge scoring margin in these meetings is 2.33 runs. Dating back to last season, Seattle picked up 13 wins compared to 6, taking the season series. The over-under record in last year’s matchups was 9-10, with the average run total being 8.11 runs per game. The average scoring differential in this series was 2.21 runs per game.

Leading into Thursday’s matchup between Texas and Seattle, the run total come in at 7 runs. Even though Jon Gray has thrown the ball well of late, he hasn’t been working deep into games and the team has lost each of his past 5 appearances. On the other side, Marco Gonzales has given up 9 runs across his last 2 outings. I see this being a higher-scoring game than expected. I recommend taking the over.