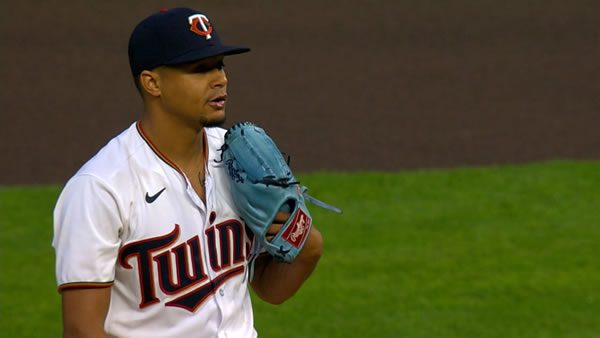 The Houston Astros host the Minnesota Twins on Thursday August 25th at Minute Maid Park. The first pitch in this matchup is scheduled for 08:10 ET. The MLB Odds Board places Houston as the favorite (-168), with an OU line set at 8.5.

In Minnesota’s last game, they fell to Houston by a score of 5-3. In the loss, Minnesota’s pitchers gave up 5 runs on 6 hits. On offense, the Twins finished with 3 runs on 4 hits. Minnesota’s loss came as the underdog, getting 190.0 on the moneyline. The Twins and Houston played to an even match of the over-under line set at 8.0 runs. At 55-57-10, Minnesota has combined to stay below the over-under betting lines in over half of their games.

Over the Twins’ last 5 contests, they have a record of 0-5. This mark has come on an average run margin of just -13. A key reason for Minnesota’s recent struggles is an offense averaging just 1.8 runs per game over their last 5 contests, compared to a season average of 4.37. So far, Minnesota has won over half of their 39 series played, going 17-16-6.

Houston will look to keep things rolling in today’s game, as they most recently took down the Twins by 2 runs 5-3. In the winning effort, the team’s pitchers held the Twins to 3 runs and 4 hits. Offensively, they finished with 5 runs on 6 hits. Heading into action, Houston was the favorite at -230.0. For the season, the team has been favored in 106 games, winning at a rate of 67.0%. With an over-under line set at 8.0, the Astros and Twins combined to match this total. This result drops Houston’s over-under record down to 47-72-6.

Across their last 5 contests, the Astros are above .500, going 3-2. They have managed to pick up these wins despite having a negative run differential over their last 5 games (0). Houston is still playing winning baseball, even with their offense averaging just 4.0 runs per game, compared to a season-long mark of 4.59. On the season, Houston has won more than half of their series, going 25-12-4.

Minnesota will roll with Chris Archer (2-6) as their starter. So far, Archer has put together an ERA of 4.02. In his appearances leading up to today, he has lasted an average of 4.15 innings. Through 21 outings, opposing teams have combined for a batting average of 0.211. Per 9 innings pitched, Archer is averaging 0.93 home runs allowed. In terms of strikeouts, Chris Archer has a strong strikeout percentage of 20.0%, including a per-game average of 3.62. Command has been a problem for Archer, as he is giving up 4.33 walks per outing.

In today’s game, Houston turns to starter Luis Garcia. For the year, he has a record of 10-8. Garcia gets the start with an ERA of 4.01. On average, he has lasted 5.6 innings per appearance. Through 22 outings, opposing teams have combined for a batting average of 0.226. This year, home runs have been an issue for Garcia. So far, he has allowed 1.39 per 9 innings. On the season, Luis Garcia has had no problem racking up strikeouts, posting a strikeout percentage of 25.0%. This has led to an average of 5.77 K’s per game. Garcia comes into the game hoping to improve his walk numbers, as he is averaging 2.85 free passes per outing.

For the season, the Minnesota Twins and Houston Astros will be playing their 6th game of the season. Houston holds the edge in the series at 5-0. The over-under record in this series sits at 1-3. The average run total in these games is 9.57 runs per game. In these matchups, the average scoring differential sits at 4.4 runs. Last season, Minnesota picked up the series win, 4 games to 3. In these 7 meetings, the two teams combined for an over-under record of 2-4. Last year, the Twins and Astros averaged 9.57 runs per game. On average, the winning team won by a margin of 3.57 runs per contest.

Leading into Thursday’s American League showdown between Minnesota and Houston, the Astros are the heavy favorite on the moneyline. There is little reason to think the Twins would be able to pull off the upset, as they simply can’t hit right now. I recommend taking Houston on the runline, as even if Chris Archer gets off to a decent start, he does not work deep into games. This year, he has not pitched past the 5th inning even once.

Free MLB Pick: Astros Runline. Football is coming! Be sure to check out our Week 0 football predictions!