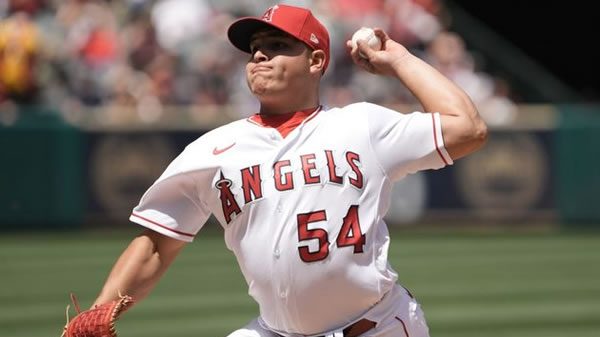 The Los Angeles Angels host the New York Yankees on Monday August 29th at Angel Stadium of Anaheim. The first pitch in this matchup is scheduled for 09:38 ET. The MLB Odds Board places New York as the favorite (-175), with an OU line set at 8.0.

The Yankees are hoping to get back on track after falling to Oakland by a score of 4-1. In the loss, New York’s pitchers gave up 4 runs on 8 hits. With their 4 hits, the Yankees could only muster 1 run. This defeat came despite being favored at -200.0. Through 118 games as the favorite, the team has found the win column at a rate of 62.0%. Combined, the Yankees and Oakland fell short of the over-under betting line of 8.0 runs. With this result, New York’s over-under record dropped even further, moving to just 59-65-4.

The Yankees come into this game with a 3-2 record over their last 5 contests. During this time, they have an average scoring differential of +8. New York’s offense heads into action averaging 4.6 runs per game in their last 5 contests. Similar to their season average of 5.00. So far, New York has won over half of their 42 series played, going 24-12-6.

In their last game, the Los Angeles Angels picked up a 5-run win over the Blue Jays by a score of 8-3. In the win, the pitching staff allowed just 3 runs on 9 hits. In the victory, the Angels came up with 13 hits and 8 runs. Despite being the underdogs, getting 210.0 on the moneyline, the Angels still picked up the win. In their 53 games as the underdog, their straight-up win percentage sits at 32.0%. In terms of the over-under, the Angels and Blue Jays combined to surpass the line of 9.0 runs. On the season, the team has an over-under record of just 55-63-10.

Across their last 5 contests, the Angels are above .500, going 3-2. Their recent success is backed by an average scoring margin of +13 (last 5). The Angels’ offense has elevated their play over their last 5 games, averaging 5.6 runs per game, compared to their season average of 3.82. Los Angeles has a below .500 series record of just 15-21-4.

New York will roll with Frankie Montas (4-9) as their starter. Through 19 appearances, Montas has an ERA of just 3.1 while averaging 5.48 innings per appearance. Hits have been hard to come by against the right-hander, as his batting average allowed is just 0.225. Montas is giving up home runs at a rate similar to the league average, allowing 1.04 per 9 innings. Per game, Frankie Montas is averaging 5.79, on a strikeout percentage of 26.0%. For the season, he has struggled with command averaging 2.41 walks per outing.

In today’s game, Los Angeles turns to starter Jose Suarez. For the year, he has a record of 4-6. Suarez gets the start with an ERA of 3.95. On average, he has lasted 4.56 innings per appearance. Teams have been able to rack up runs against him, as he has a batting average allowed of 0.248. Opposing batters have been able to drive the ball with power against Suarez, averaging 1.23 homers per 9 innings pitched. On the season, Jose Suarez has had no problem racking up strikeouts, posting a strikeout percentage of 22.0%. This has led to an average of 4.44 K’s per game. Suarez comes into the game hoping to improve his walk numbers, as he is averaging 3.33 free passes per outing.

Today’s matchup between the New York Yankees and Los Angeles Angels will be their 4th meeting of the season. New York has the lead in the series at 3-0. The over-under record in this series sits at 1-2. The average run total in these games is 10.86 runs per game. In these matchups, the average scoring differential sits at 4.67 runs. Dating back to last season, Los Angeles picked up 4 wins compared to 3, taking the season series. The over-under record in last year’s matchups was 4-3, with the average run total being 10.86 runs per game. On average, the winning team won by a margin of 2.57 runs per contest.

More Picks: Get our Philadlphia at Arizona Best Bet for 8/29/22

Heading into Monday night’s matchup between New York and Los Angeles, the Yankees are a strong favorite on the moneyline. New York starter Frankie Montas has been all over the place lately, alternating between 6 and 2 earned runs allowed in his past 5 starts. On the other side, the Angles are coming off a surprise sweep of the Blue Jays. I like Los Angeles on the moneyline.