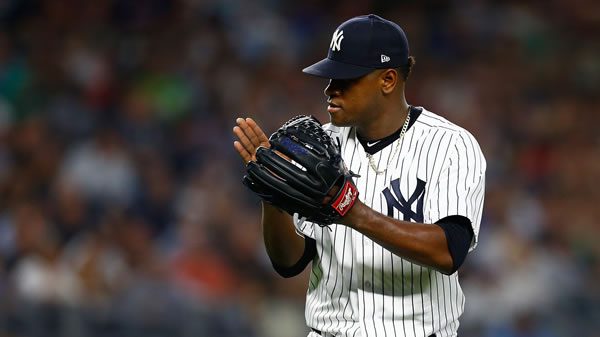 The Houston Astros host the New York Yankees on Wednesday October 19th at Minute Maid Park. The first pitch in this matchup is scheduled for 07:37 ET. The MLB Odds Board places Houston as the favorite (-150), with an OU line set at 7.0.

In New York’s last game, they fell to Houston by a score of 4-2. On their way to giving up 4 runs, the Yankees staff allowed 7 hits. With their 5 hits, the Yankees could only muster 2 runs. The loss came as New York was the betting underdog, getting 164.0 on the moneyline. Combined, the Yankees and Houston fell short of the over-under betting line of 7.0 runs. So far, New York has been a good candidate to fall below the betting line, as their over-under record sits at just 78-85-5.

Over the Yankees’ last 5 contests, they have a record of just 2-3. Despite their below .500 record (last 5), in this stretch, the team still has a positive run differential at +1. A key reason for New York’s recent struggles is an offense averaging just 3.6 runs per game over their last 5 contests, compared to a season average of 4.93. So far, New York has won over half of their 55 series played, going 31-17-7.

In their last game, Houston took down the Yankees by a score of 4-2. In the win, the pitching staff allowed just 2 runs on 5 hits. With their 7 hits, the Astros could only muster 4 runs. In the game, Houston was able to take care of business as they were the favorite at -178.0. So far, the team has won 69.0% of the games in which they were favored. With this result, the Astros and Yankees combined to fall below the over-under line of 7.0 runs. Now, Houston had an over-under record of 61-96-9.

Over their last 5 games, the Astros have not lost a game, going 5-0. During this time, the team’s run differential sits at +7. Houston is still playing winning baseball, even with their offense averaging just 4.0 runs per game, compared to a season-long mark of 4.54. On the season, Houston has won more than half of their series, going 36-13-6.

The New York Yankees will send Luis Severino to the mound with an overall record of 7-3. In his previous outings, Severino has lasted an average of 5.37 innings, putting together an ERA of just 3.18. Hits have been hard to come by against the right-hander, as his batting average allowed is just .196. Home runs have been a concern for Severino as he is allowing 1.24 per 9 innings. On the season, Luis Severino has had no problem racking up strikeouts, posting a strikeout percentage of 28%. This includes a per game average of 5.89 K’s per game. For the season, he has struggled with command averaging 2.65 walks per outing.

Houston will roll with Framber Valdez (17-6) as their starter. Currently, Valdez has a strong ERA of just 2.77 while pitching an average of 6.49 innings per outing. Overall, opponents have a batting average of just 0.22 against the right-hander. Home runs have not been an issue for Valdez, as he is giving up just 0.49 per 9. Overall, Framber Valdez has struck out 23.0% of the batters he has faced. On average, he averages 6.26 K’s per game. For the season, he has struggled with command averaging 3.0 walks per outing.

For the season, the New York Yankees and Houston Astros will be playing their 9th game of the season. Houston holds the edge in the series at 6-2. The over-under record in this series sits at 2-5. The average run total in these games is 8.33 runs per game. In these matchups, the average scoring differential sits at 1.88 runs.

Neither pitcher has shown us anything recently that suggests they’ll shut their opponent down. This includes past performances vs. opponent and recent form. I wouldn’t be betting big money on this game because it could go either way. With that being said, my lean is to the Yankees and the OVER. Good luck with whatever you do!

Free MLB Pick: Take the Over. Bet your baseball playoff picks for FREE by scoring a 100% real cash bonus on your first deposit up to $500 when you use bonus code PREDICTEM at Betnow Sportsbook!