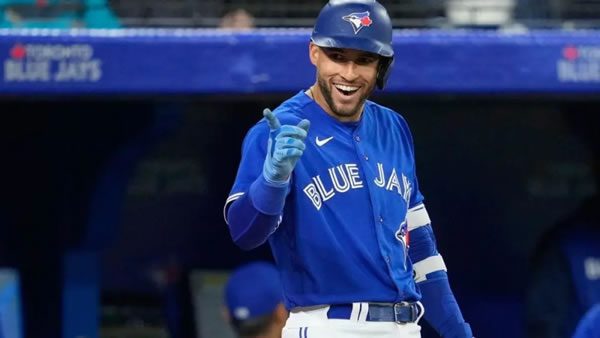 The Toronto Blue Jays host the New York Yankees on Sunday, June 19th at the Rogers Centre. The first pitch in this matchup is scheduled for 01:37 ET. The MLB Odds Board places New York as the favorite (-120), with an OU line set at 9.0.

The New York Yankees are coming off a 4-run win over the Blue Jays by a score of 4-0. On their way to the victory, the pitching staff gave up 0 runs on 5 hits. The Yankees lineup had a good night at the plate, coming up with 8 hits, leading to 4 runs. This victory came despite being the betting underdog, getting 133.0 on the moneyline. Combined, the Yankees and Blue Jays fell short of the over-under betting line of 8.5 runs. So far, New York has been a good candidate to fall below the betting line, as their over-under record sits at just 29-35-1.

The Yankees come into this game having won all 5 of their recent games. During this time, they have an average scoring differential of +17. Overall, New York is averaging 5.09 runs per game. Over their last 5 contests, they have been producing at a similar rate, at 5.09. So far, New York has won over half of their 21 series played, going 17-2-2.

Toronto is coming off a 4 run loss to the Yankees. Dropping the game 4-0. Despite the losing effort, the team’s pitchers held the Yankees to 4 runs and 8 hits. At the plate, the Blue Jays only came through for 0 runs on 5 hits. Toronto came away with a loss, despite being favored on the moneyline (-145.0). For the season, the team has been favored in 50 games, winning at a rate of 60.0%. Combined, the Blue Jays’ and Yankees’ run total fell below the over-under line of 8.5 runs. The Blue Jays now have a .500 over-under record of 32-32-1.

Luis Severino gets the start for the Yankees, with an overall record of 4-1. In his previous outings, Severino has lasted an average of 5.55 innings, putting together an ERA of just 2.8. So far, batters are hitting just 0.213 against him. Opponents have been able to hit for power against Severino, as he has an HR/9 figure of 1.18. Per game, Luis Severino is averaging 6.45, on a strikeout percentage of 28.9%. Leading into the game, he has shown a strong command of his pitches, averaging just 2.21 walks per contest.

The Toronto Blue Jays will send Yusei Kikuchi to the mound with an overall record of 2-3. So far, Kikuchi has put together an ERA of 4.8. In his appearances leading up to today, he has lasted an average of 4.18 innings. Kikuchi’s opponent’s batting average currently sits at 0.24. Opposing batters have been able to drive the ball with power against Kikuchi, averaging 1.61 homers per 9 innings pitched. Kikuchi’s current strikeout average is 4.67 per game. This includes a K rate of 25.0%. Kikuchi comes into the game hoping to improve his walk numbers, as he is averaging 5.68 free passes per outing.

Today’s matchup between the New York Yankees and Toronto Blue Jays will be their 12th meeting of the season. New York has the lead in the series at 8-3. The over-under record in this series sits at 5-6. The average run total in these games is 7.74 runs per game. In these matchups, the average scoring differential sits at 3.45 runs. Toronto won last year’s head to head series, grabbing 11 wins to 8. In these 19 meetings, the two teams combined for an over-under record of 6-12. Last year, the Yankees and Blue Jays averaged 7.74 runs per game. On average, the winning team won by a margin of 2.79 runs per contest.

Heading into Sunday’s series finale between New York and Toronto, I recommend taking the Yankees to pull off the sweep. In yesterday’s matchup, New York took down the Blue Jays’ best starter in Alek Manoah and should have an even easier time against Yusei Kikuchi. Look for the Yankees to cover the runline.