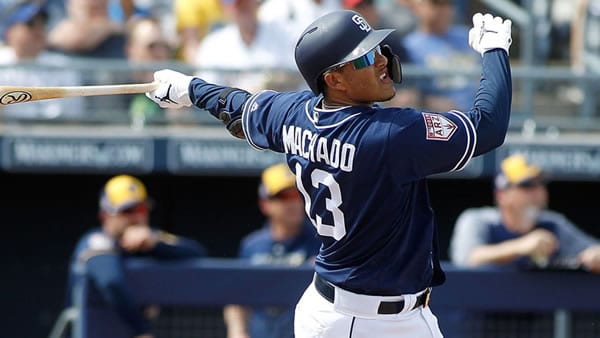 The Colorado Rockies host the San Diego Padres on Sunday, June 19th at Coors Field. The first pitch in this matchup is scheduled for 03:10 ET. The MLB Odds Board places San Diego as the favorite (-140), with an OU line set at 11.5.

After suffering a 1-run loss to the Rockies (5-4), the Padres will look to get back in the win column. On their way to giving up 5 runs, the Padres staff allowed 9 hits. On offense, the Padres finished with 4 runs on 10 hits. This defeat came despite being favored at -125.0. Through 46 games as the favorite, the team has found the win column at a rate of 63.0%. Combined, the Padres and Rockies fell short of the over-under betting line of 11.5 runs. This outcome pushed San Diego’s over-under record further below .500 at 30-35-2.

The Padres come into this game with a 3-2 record of their last 5 contests. Over this stretch, the team has a positive run differential at +16. A key to their recent success has been an offense averaging 9.0 runs per game, compared to their season average of 4.73. So far, San Diego has won over half of their 21 series played, going 12-6-3.

In their last game, the Rockies picked up a close win over the Padres by a score of 5-4. In the win, the pitching staff allowed just 4 runs on 10 hits. At the plate, the Rockies scored 5 times on 9 hits. Despite being the underdogs, getting 105.0 on the moneyline, the Rockies still picked up the win. So far, the team has gone into 48 games as the underdog, still finding the win column at a rate of 42.0%. With this result, the Rockies and Padres combined to fall below the over-under line of 11.5 runs. Even still, Colorado games have still gone over the betting total over half of the time, at 33-30-3.

In their last 5 contests, the Rockies have just 2 wins, going 2-3. Despite this record, the team still has a positive run differential of +2 (last 5). Even with their recent struggles, the offense has been steady, averaging 5.0 runs per game. This is right in line with their season average of 4.53. Colorado has a below .500 series record of just 9-10-2.

Blake Snell gets the start for the Padres, with an overall record of 0-3. So far, Snell has put together an ERA of 5.04. In his appearances leading up to today, he has lasted an average of 5.0 innings. Across his previous outings, opponents are batting 0.223 against Snell. Home runs have not been an issue for Snell, as he is giving up just 0.72 HR/9. Snell is in the bottom half of the league in strikeouts, averaging just 5.8 K’s per game. This includes a strikeout percentage of 27.0%. Throughout the season, Snell has avoided walking batters, allowing just 4.68 per contest.

Colorado will roll with Antonio Senzatela (2-3) as their starter. So far, Senzatela has put together an ERA of 4.79. In his appearances leading up to today, he has lasted an average of 4.7 innings. Teams have been able to rack up runs against him, as he has a batting average allowed of 0.375. So far, Senzatela has managed to keep the ball in the ballpark, allowing just 0.57 home runs per 9 innings. In terms of strikeouts, Senzatela is averaging just 2.4 K’s per game. So far, he has struck out 11.0% of the batters he has faced. Throughout the season, Senzatela has avoided walking batters, allowing just 1.91 per contest.

Today’s matchup between the San Diego Padres and Colorado Rockies will be their 7th meeting of the season. Currently, Colorado is winning the season series 4-2. The over-under record in this series sits at 3-3. The average run total in these games is 7.68 runs per game. In these matchups, the average scoring differential sits at 3.83 runs. Colorado won last year’s head-to-head series, grabbing 11 wins to 8. The over-under record in last year’s matchups was 7-12, with the average run total being 7.68 runs per game. On average, the winning team won by a margin of 3.05 runs per contest.

Heading into Sunday’s NL West showdown, the Colorado Rockies will look to complete the series sweep. However, in terms of betting, the Padres are the favorite on the moneyline. Look for San Diego to salvage 1 game in the series, as they should have no problem racking up runs against Antonio Senzatela and his WHIP of 1.81. I like the Padres on the moneyline.

Free MLB Pick: San Diego Moneyline. Note: UFC 276 is coming up in a couple weeks! Check out Loot’s fresh out of the oven UFC 276 predictions!