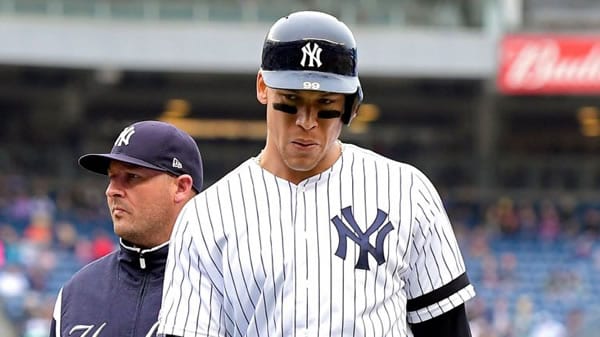 The Cleveland Guardians host the New York Yankees on Sunday, October 16th at Progressive Field. The first pitch in this matchup is scheduled for 07:07 ET. The MLB Odds Board places New York as the favorite (-170), with an OU line set at 6.5.

In their last game, the Yankees suffered a 1 run loss to Cleveland by a score of 6-5. New York’s pitching staff finished the game by allowing 15 hits, leading to 6 runs. Offensively, they finished with 5 runs on 5 hits. This defeat came despite being favored at -115.0. Through 151 games as the favorite, the team has found the win column at a rate of 63.0%. This game went over the posted over-under line of 6.5 runs. The Yankees now have an over-under record of 78-82-5.

In their last 5 games, the Yankees are below .500, at 1-4. In this rough stretch of games, the team’s run differential comes in at -3. On offense, New York’s offense has experienced a dip in production, averaging 3.0 runs per game over their last 5 contests. So far, New York has won over half of their 54 series played, going 30-17-7.

The Guardians will look to add another win, as in their last game, they defeated the Yankees by a score of 6-5. In the game, the team’s pitching staff allowed a total of 5 hits, leading to 5 runs. Offensively, they finished with 6 runs on 15 hits. This was a good win for the Guardians, as they were underdogs at 105.0 on the moneyline. In their 73 games as the underdog, their straight-up win percentage sits at 48.0%. In terms of the over-under, the Guardians and Yankees combined to surpass the line of 6.5 runs. Against the run total, Cleveland is just 77-81-9.

In their last 5 games, the Guardians have put together a record of 4-1. Their recent success is backed by an average scoring margin of +2 (last 5). Cleveland has played above .500 baseball, despite averaging just 2.8 runs in their last 5 games. This is a drop in production compared to their season average of 4.26. On the season, Cleveland has won more than half of their series, going 28-15-10.

Gerrit Cole gets the start for the Yankees, with an overall record of 13-8. So far, Cole has put together an ERA of 3.5. In his appearances leading up to today, he has lasted an average of 6.07 innings. Across his previous outings, opponents are batting .207 against Cole, including averaging 1.48 homers per 9 innings pitched. Per game, Gerrit Cole is averaging 7.79 K’s, on a strikeout percentage of 32.0%.

Cal Quantrill gets the start for the Guardians, with an overall record of 15-5. To date, Quantrill has an ERA of 3.38 while lasting an average of 5.82 innings per appearance. Opposing teams have hit the ball well against the right-hander, with a batting average of .255. Opposing batters are hitting for power at a below-average rate against Quantrill, as he is allowing just 1.02 per 9 innings. Per game, Cal Quantrill is averaging 4.0 K’s, on a strikeout percentage of 17.0%. Quantrill comes into the game hoping to improve his walk numbers, as he is averaging 2.27 free passes per outing.

For the season, the New York Yankees and Cleveland Guardians will be playing their 10th game of the season. New York has the lead in the series at 6-3. The over-under record in this series sits at 4-4. The average run total in these games is 9.14 runs per game. In these matchups, the average scoring differential sits at 3.78 runs.

Heading into game 5 of this ALDS matchup, the Guardians have the opportunity to advance with 1 more win. Despite leading the series 2-1, they enter game 5 as the betting underdog. This comes as Gerrit Cole will look to keep the Yankees’ season alive. This year, Cole has faced Cleveland just 1 time, giving up just 2 runs across 6 innings. Look for the Guardians’ offense to struggle against the New York right-hander. I like the Yankees on the moneyline.