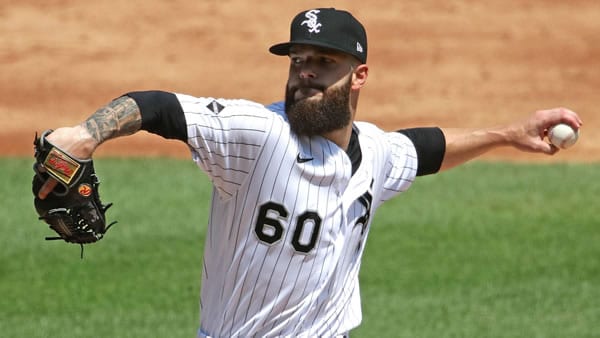 The Chicago White Sox host the New York Yankees on Saturday, May 14th at Guaranteed Rate Field. The first pitch in this matchup is scheduled for 07:10 ET. The MLB Odds Board places New York as the favorite (-145), with an OU line set at 8.0.

The New York Yankees will look to pick up another big win after they defeated the Chicago White Sox by a score of 10-4. For the game, New York’s pitching staff allowed 4 runs on 9 hits. The Yankees lineup had a good night at the plate, coming up 14 hits, leading to 10 runs. Heading into this game, New York was the betting favorite, at -195.0. So far, the team has been the favorite in 30 of their games, winning at a rate of 73.0%. Together, the Yankees and Chi Sox combined to surpass the over-under betting line set at 8.0 runs. On the season, New York’s over-under record is 14-18-0.

Over the Yankees’ last 5 games, they have not lost a contest, going 5-0. During this time, they have an average scoring differential of +18. A key to their recent success has been an offense averaging 7.4 runs per game, compared to their season average of 5.00. So far, New York has won over half of their 11 series played, going 9-1-1.

Chicago is coming off a 6 run loss to the Yankees. Dropping the game 10-4. In the game, the team’s pitching staff allowed a total of 14 hits, leading to 10 runs. At the plate, the White Sox only came through for 4 runs on 9 hits. Leading into Chicago’s loss, they were the underdogs, getting 160.0 on the moneyline. So far, the team has gone into 8 games as the underdog, still finding the win column at a rate of 25.0%. The White Sox and Yankees went over the run total line set at 8.0 runs. Against the run total, Chicago is just 14-16-1.

Jordan Montgomery gets the start for the Yankees, with an overall record of 0-1. To date, Montgomery has an ERA of 2.9 while lasting an average of 5.17 innings per appearance. Across his previous outings, opponents are batting 0.212 against Montgomery. Home runs have also not been an issue for Montgomery, as he is giving up just 0.58 per 9. Montgomery has accumulated a strikeout percentage of 20.0% and a per-game average of 4.16. Leading into the game, he has shown a strong command of his pitches, averaging just 1.45 walks per contest.

Dallas Keuchel gets the start for the White Sox, with an overall record of 2-3. To date, Keuchel has an ERA of 7.29 while lasting an average of 4.2 innings per appearance. Opposing teams have hit the ball well against the left-hander, with a batting average of 0.34. Home runs have been an issue for Keuchel, as he is allowing an average of 1.29 per 9 innings pitched. Keuchel is in the bottom half of the league in strikeouts, averaging just 2.6 K’s per game. This includes a strikeout percentage of 12.0%. For the season, he has struggled with command averaging 5.14 walks per outing.

For the season, New York Yankees and Chicago White Sox will be playing their 2nd game of the season. New York has the lead in the series at 2-0. The over-under record in this series sits at 2-0. The average run total in these games is 9.33 runs per game. In these matchups, the average scoring differential sits at 7.0 runs. Going back to last year, New York won the season series, 5 games to 1. In these 6 meetings, the two teams combined for an over-under record of 2-4. Last year, the Yankees and White Sox averaged 9.33 runs per game. On average, the winning team won by a margin of 2.33 runs per contest.

Given the struggles of Dallas Keuchel for the White Sox, it is surprising that the Yankees aren’t favored by more than -145 on the moneyline. In addition, even though Jordan Montgomery’s record doesn’t jump off the page, through 6 starts, he has pitched well for the Yankees. So far, he has a FIP rating of just 3.22. I recommend grabbing New York on the moneyline.

Free MLB Pick: Yankees Moneyline. Bet your Yankees/White Sox pick and ALL your baseball bets for FREE this weekend by scoring a 100% real cash bonus on your first deposit of $100 to $500 at Betnow Sportsbook! (Must use bonus code PREDICTEM).