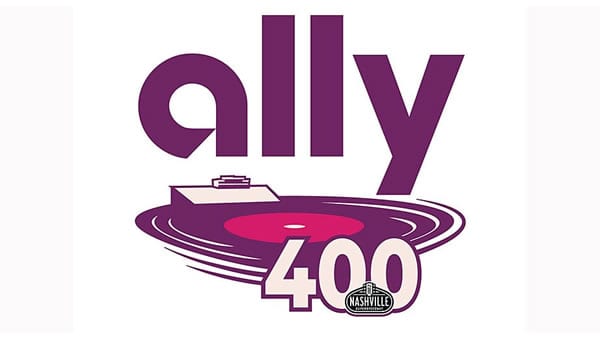 Kyle Larson does it again! Larson took home the checkers and a 1 million dollar payday after winning a very eventful All-Star Race at Texas Motor Speedway. He joins a pretty elite group of drivers that have won multiple All-Star events. Larson also won the 2019 race. He probably would’ve won last year, too, if they let him race. This is Larson’s third consecutive win. This one comes off his wins at both Sonoma and Charlotte. Prior to that, he had a second-place finish at Circuit of The Americas and Dover and Darlington. Y’all, this guy is on fire! Larson is here to prove in his inaugural season with Hendrick that he earned every bit of the spot he clinched on that team, and he’s doing it with a purpose.

The preceding races were also pretty wild. The track was extremely slick. The drivers somehow didn’t necessarily anticipate that, and we saw a lot of guys lose it on their own. Maybe it was the way that the race was set up. This was a first for NASCAR this year with splitting the race into six segments to culminate 100 laps of racing. The Open also gave us a lot of great racing. We saw very similar incidents of cars sliding around and being pulled all over by the other cars through the turns. Aric Almirola won the Open and made it safely into the All-Star race. He had a good night for a season that hasn’t really gone his way. He ended up finishing 8th, followed by Kyle and Kurt Busch to round out the top 10. Kyle Larson ended up beating Brad Keselowski to the checkers by 0.206 seconds. Keselowski said to finish second to a Hendrick car is a privilege at this point because their cars are “stupid fast.” He ain’t wrong, y’all. Hendrick teammate Chase Elliott finished third, followed by Joey Logano and Ryan Blaney. The remaining Hendrick drivers of Alex Bowman and William Byron finished 6th and 7th, respectively.

This weekend is going to be interesting. The drivers are heading to a first time track for this series. Nashville Superspeedway is a 1.3-mile concrete tri-oval with 14 degrees of banking. This is an interesting length of a track. We don’t see many that are outside of the 1.5-mile range or the 1-mile range, so setting up a car for this place is going to be a bit of a challenge.
Additionally, we’re dealing with a concrete surface. The one thing that concrete creates are tire problems. There have been three separate drivers that have run tire tests at this track, but I still think there will be a significant number of drivers and teams that suffer tire damage. The wear from the track will inevitably cause some issues in the early runs if history tells us anything. You can also compare this track to Dover in terms of surface. Dover is a concrete track (since 1995) where tire wear is always a major headliner for any race that’s run there.

When it comes to picking a winner for this track, we don’t have a whole lot to go on, being that it’s a new venue with its own style compared to the tracks we’re used to seeing. Granted, we can use the concrete as an indicator for those who drive well at Dover. Also, this is probably more comparable to our mile and a half tracks, so that’s something to take into consideration. All that being said, our strongest indicator for a winner might just be our current season. Kyle Larson, well, how do you say no? He’s coming off three consecutive wins and is just on a tear. With no current history at this track to compare to, it’s safe to say that Larson is someone we can bet on for running upfront. He will have some stiff competition. I’d say that Denny Hamlin and Martin Truex Jr. are going to be strong competitors based sheerly on that comparison to Dover and their successes on that track. We need to keep our eyes on a few other drivers, including Kyle Busch, Brad Keselowski, and Kevin Harvick in particular. All three of those guys won races in other series at this track. The one thing to consider is that this was well over ten years ago. The track surface has surely changed dramatically in those ten years, but their experience should still count for something. Let’s take a look at your potential winners as we head to Nashville this weekend:

DiBenedetto has raced on this track one time. That said, he came away with a top 10 finish. He’s having a pretty strong year, and with everyone having a relatively equal opportunity, I think that he will have a strong finish. At +6600, he’s going to definitely give us a solid payout if he pulls it off. Austin Dillon is another driver to keep your eyes on. He’s also run two races here in another series and had 2 top 10 finishes. While consistency has not been his friend so far this year, he tends to run well on these types of intermediate-ish tracks. If he can stay out of trouble and stay focused, he’s got an opportunity to throw down for another win this weekend. He’s definitely looking to get some more points as we head closer and closer to playoff time. Let’s take a look at where everyone is sitting after our last points race at Sonoma:

Matt DiBenedetto sits outside of the top 16 right now and is looking to gain some valuable points, and even a Hail Mary win to bolster him back into playoff contention. It’s going to be a tough job, but this is a great chance to get it done. He dropped outside of the top 16 after Sonoma, and we can see that others like Christopher Bell and Brad Keselowski also took a hit. Nashville should be a good race to see some talent. With little to no experience on this track for almost all of the drivers in recent history, the racing should be fantastic. Stay tuned for the inaugural Ally 400 as these guys race in the heart of Nashville this Father’s Day weekend!