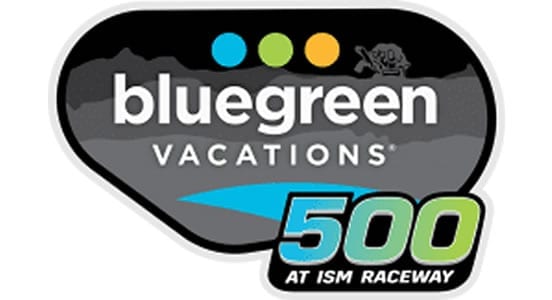 As predicted, Kevin Harvick took the checkers at Texas Motor Speedway, leading a total of 119 of the 334 laps. Overall, it was a very good showing for SHR, taking the top 3 spots for the race on Sunday. For Harvick, it’s very obviously a sigh of relief being that he was below the cutoff line for making the championship race at Homestead. Although we still have one more race before the final race, it’s nice to have the security moving forward. This is Harvick’s third win in a row at the fall race in Texas. Surprisingly, Aric Almirola finished second, albeit a second and a half behind Harvick, but still a VERY solid finish for Almirola. Rounding out the top 3 drivers is Daniel Suarez, who still remains unsigned by SHR for the 2020 season. Harvick joins Martin Truex Jr. as the two drivers currently locked in for the championship race at Homestead. The remaining top spots will be determined this weekend in Phoenix.

One of the more entertaining moments of the race came at the expense of Kyle Larson. While he went a lap down, his reference to Bubba Wallace’s intentional spin was pretty comical. On lap 239, Wallace suffered from a flat tire. The caution was never called, and he spun not once, but twice. While that may seem unfortunate, the replays (and real-time of we’re being completely honest) clearly showed Wallace purposefully spinning out to cause a caution. Why NASCAR didn’t call him out, I have no idea. Generally, the rule of thumb is that creating an intentional caution is grounds for a penalty. It was egregiously clear that this was no accident from Wallace. He’s been known to cause a few problems over this season, and this just adds another tally. In the words of Kyle Larson, “…even Helen Keller…” could tell that spin was on purpose. Unfortunately for Larson, he ended up going from 4th place at the time of Wallace’s spin to a finish of twelfth. That was clearly not the finish that he was looking for nor really the finish that he probably deserved. I’m usually one to say that racing is racing, but the circumstances surrounding this one are sketchy at best. I think Wallace should mind his Ps and Qs and stop making enemies faster than friends. It’s going to cause problems in the long run.

This weekend, the teams and drivers are headed to Phoenix for their final shot at catching a slice of the championship pie. There are two remaining spots to capture, so we’ll have to see if someone will win their way in or if the points are going to be the determining factor. Phoenix is a very cool track. It’s actually one of my favorite tracks to watch a race. It’s a weird track but a neat one. It is a 1.022-mile asphalt tri-oval. Non-traditional much? I like that we’re coming into a track like this as the last race before setting the final stage. I think it gives the drivers and teams a more complex setup to work through. The way this track is setup is 3 degrees of banking on the straightway, 10-11 degrees through the dogleg, 10 degrees on the straightaway from the dogleg into turn 1, 8 degrees into turn 1, 8-9 degrees of progressive banking into turn 2, 3 degrees on the backstretch, and finally 10-11 degrees of progressive banking in turns 3 and 4. What we always see as a challenge at this track are tires, tires that wear due to the configuration here and the green flag runs we see. It seems always to present a challenge to set up a car just right for this track, but some teams have it down to a science. Some drivers struggle more-so than the teams. It takes a little bit of figuring out to really get this place figured out.

One of the best shots I think we have as a potential winner is Kyle Busch. Busch is looking to end a relatively short winless streak…relative to what *he’s* used to. Quite frankly, he’s got a strong record here. He’s won the last two races here and has a total of seven top 5 finishes in his previous 8 starts. If anyone wants to force their way into Homestead and knows how to do it, it’s Kyle Busch. His 13-4 odds clearly show he’s the early favorite. He will MOVE anyone to make sure he gets what he wants. In fact, I anticipate this being a very exciting race as it’s the last race before the championship. We have quite a few drivers who would like to win this race as well, so Kyle won’t be alone in driving pretty aggressively if I had to guess. Chase Elliott is a must-win driver this week. With a second and third-place finish at Phoenix, a win is out of reach, but Elliott’s most recent performances may be enough to keep him from victory lane. He’s definitely not a bad guy to have on your roster, though. With 8-1 opening odds, Elliott is a solid pick this week. Let’s take a look at your potential winners heading into Phoenix and their odds as available at MyBookie

Although Almirola isn’t the greatest on the flat tracks, his record is steadily improving. With opening odds at 33-1, he’s definitely not the favorite, but he’s absolutely a solid mid-pick. He’s finished 4th here in his last two starts and is overall just a more consistent driver. I think that he is going to show us a little bit more this weekend why he deserves to stick around in this series. Ryan Blaney is another driver almost in the same spot as Chase Elliott. While he still has a potential opportunity on points alone, it’s going to be a long shot. Blaney did very well here in the Spring race. He led a total of 94 laps and had a solid 3rd place finish. Currently, his odds sit at 14-1, which are some of the better odds in the field. He is definitely a force to be reckoned with. I’ll be interested to see some of the choices he makes and the risks he takes to secure a spot for Homestead. Let’s take a look at where these drivers stand after Texas:

As you can see, Elliott has a lot of work to do. In fact, he’s 100 points behind Truex. That puts him 78 points behind Logano. That’s mathematically impossible to makeup in points. He HAS to win. As for the remaining three below the cutoff line, there are 20 points between Logano and Hamlin and 23 points between Logano and both Blaney and Larson. That’s still possible, but it’s going to be a hard fight. This weekend, Phoenix will not disappoint. Stay tuned for the last race before Homestead!