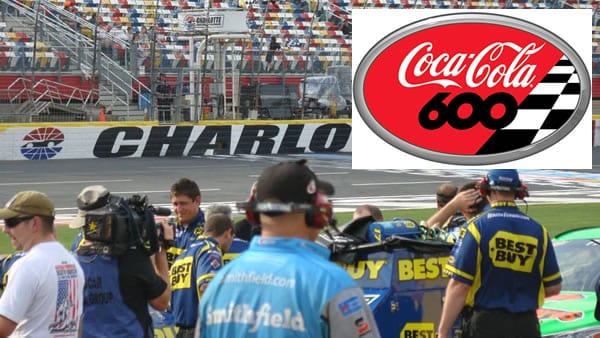 Denny Hamlin sure was disappointed after he lost even after NASCAR gave him a second opportunity to try to beat Ryan Blaney. It just didn’t work out for him. Instead of taking it in stride, Hamlin decided to call NASCAR out for not forcing Blaney to have every last piece of his window net buttoned up. You see Blaney thought he had won the race, as did the entirety of the fans and even the guys in the booth until NASCAR made this brilliant move to call a caution on the last lap when the last car on the track spun. Yes, you read that correctly. It was the last lap and the last car spun out, but NASCAR thought it would be a great idea to throw a caution. It left literally everyone scratching their heads, including Ryan Blaney who had already thrown his net down and was about to celebrate. The announces were even laughing that they’re going to have to stop him from doing burnouts and tearing his tires up because he had no idea the caution was even thrown. He saw the checkered flag before he saw the caution lights. It made no sense. But, hey, this is 2022. What else would we expect?

Well, being that Denny Hamlin couldn’t manage to pass Blaney given a second opportunity, what we can expect is that he is going to pitch a fit. I mean, seriously. Why in the world are you so concerned about a window net when you couldn’t even pass him after 2 chances? 2 chances, Denny. What I will say is that Ryan Blaney had enough class to actually come out and empathize with Denny and realize that he would be equally as frustrated should the situation have been reversed. The thing about it is that Ryan Blaney was going to win to begin with. How do you even get mad about that? It wasn’t like if the race ended that Denny was giving Blaney a huge run for the spot. Regardless, I guess losing out on that $1 million will make even the best of them aggravated. Joey Logano’s team got a victory when they won the pit stop challenge between the second and third stages. That gave the team an extra $100k to work with.

We Are We Headed This Weekend?

This weekend, everyone is heading to Charlotte as the drivers and teams have to run the longest race of the year. Memorial Day weekend is always an exciting time for anyone involved with NASCAR. This sport is known as the most patriotic of all sports and it definitely shows on weekends like this. There are amazing tributes to our armed forces and everyone who has sacrificed to allow us to enjoy these days throughout the years. This weekend will be a spectacular show of patriotism. Charlotte is the biggest hub in NASCAR. It is home to many of the drivers, teams, and fans. As a cookie-cutter intermediate track, this place lends itself to quite a handful of drivers. The track is a 1.5-mile asphalt quad oval. It has 24 degrees of banking in the turns and 5 degrees on the straights. The track is rich in history, as races have been held here since 1960. Charlotte is much like Texas in that track position and clean air are going to win the race. We saw that on Sunday evening. Blaney managed to get up front and stay there. Even the second and third place guys lost that little bit of clean air and stayed mired back in traffic while the leader pulled off by one or two seconds. I imagine we will see much of the same this weekend as the qualifying efforts will give us a good idea of who to keep our eyes on. That being said, look for pit stops to also be significant in picking up positions and getting drivers some valuable spots on the track.

When it comes to picking a winner, we have front runners in a couple of guys. Chase Elliott is going to be one to watch. This kid knows his way around here. His last four races have resulted in 4 top 4 finishes. In fact, he won the race here in 2020, which was also preceded by 2nd place a few days prior due to the COVID situation causing a two-day event for Charlotte that year. In 2021, Elliott came up short with a 2nd place finish as well. Who did he come up short to, you ask? Well, that would be none other than Kyle Larson. Larson has a fantastic record here as well. He won the 2021 race and also the 2020 race, both of the ones that Elliott came in 2nd. Larson also won the 2019 race here. It didn’t seem to matter whether he was running Ganassi or Hendricks equipment, either, which is a testament to his skill. If he wasn’t in an accident, you could bet that he was a top 10 contender, if not better. Let’s take a look at your potential winners heading into this weekend’s big race:

Stick with me here. Cindric doesn’t have a start in the Cup Series yet. However, in the Xfinity Series, this kid has 3 top 10 finishes in 4 starts. His worst finish was his first finish, where he ended up 16th. That’s not too shabby. Can we talk about how good he did at Texas? The kid had a 3rd place finish and was in contention virtually all night. I think that he’s going to be bringing a hefty dose of confidence into this race on Sunday. Kurt Busch has been pretty strong lately in his own right. Granted, he had an engine failure issue in last year’s race, and his 2020 Charlotte record resulted in a 7th and 5th place finish. So, I’d say he’s on course to have another stellar finish. He won Kansas a few weeks ago, and with the exception of overall bad luck, he’s been fine-tuning things lately. I do believe we will see a revised Kurt Busch this weekend who will be running up front for the better part of the race. They will all be chasing Kyle Larson. I know I sound like a broken record, but it’s hard not to when his record is so good. I think that between him and Chase Elliott, we are going to have a big race. Larson was doing great at Texas until he blew a tire and took an extremely hard hit into the outside wall. Elliott was doing great until the whole incident with Kyle Busch and Ross Chastain, causing his day to end early. These guys are at the top of our leaderboard as well for the points. As we start to see the season winding down in the coming weeks, these wins will become even more important. Let’s see where the field sits for our top 16 after the last points race:

I was a little worried that Kevin Harvick wouldn’t make it back into the top 16 and stay there this year. He’s had a less than stellar year, to say the least. I’m not so sure that Charlotte is going to do him any favors, but if he can stay clean throughout the race, he may just be able to pick up a few more spots on the roster. This weekend is going to be about HMS. Suffice to say that the entire organization is on fire right now. Between all of the drivers, their shot at winning a race on any given weekend is exponentially higher than any other team. Let’s see if someone else proves me wrong. Stay tuned for a great afternoon of racing at NASCAR’s longest event of the year this weekend at Charlotte Motor Speedway!