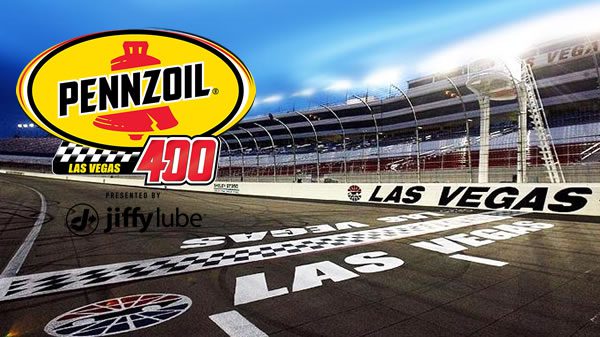 The Kyle Larson machine is back. You know, I don’t know why I thought I could get off the boat before mentioning him. Maybe I thought if we don’t mention him, then he won’t dominate the entire show. Lo and behold, my plan did not work. I honestly thought that JGR would have more to give and show than they did, though. Instead, a good portion of the teams spent the day dealing with overheating issues. Like Daytona, we saw a myriad of additional problems with this new-gen car. The caveat and maybe saving grace to that was the number of lead changes that we saw throughout the race. It was actually a pretty good race. It saw Larson win after a four-lap sprint to the finish, with guys like Daniel Suarez in the mix. Kyle Larson overcame quite a bit of adversity, starting at the rear of the field due to unapproved changes on his No. 5 Camaro. He didn’t let that stop him. He managed to drive to the front of the pack and made some strong moves to take over the lead on lap 167 from Joey Logano. He led the last 27 of 34 laps to get his first victory of the 2022 season. In 2021, the HMS driver had an unprecedented ten wins in his first season with the team. Needless to say, that’s a lot to live up to this year, but if anyone is up for it, Larson is your man.

What was pretty cool to see were some of these younger drivers really coming to the forefront. Most notably, Tyler Reddick had an awesome run going, even undeniably winning stages 1 and 2 and leading a race high 90 laps prior to getting a flat left rear, resulting in the end of both his day and that of William Byron in the process. For Reddick, the heartbreak was unimaginable. He’s had a total of 75 Cup starts. Those 75 combined were still 17 short of the total laps led during Sunday’s race. While it was truly disappointing, Reddick earned valuable stage points and proved that he’s not someone to brush off. Like I said last year, this guy is a wheelman and is here for the long haul.

Daniel Suarez was another driver that was ever so close to his first victory. The hard part of watching an interview with Suarez is the passion that he has for this sport. He gets so down by not winning, but man, does he lift everyone up with the snap of a finger by giving all of the credit to his crew and team. Suarez is not only a remarkable drive but also a remarkable sportsman. He is genuine and sincere beyond measure. I love watching him on the track and look forward to always hearing his interviews. It’s a matter of time before he’s in victory lane. Petty GMS also had a strong day. It was great seeing Erik Jones have a post-race interview for his finishing position rather than a wreck. He even admitted that. I think that things are starting to fall into place for that team and will look forward to them having a continued year of growth in 2022.

This weekend, drivers are headed to an arguably similar track. We are sticking to Larson’s favorite, another intermediate. I do realize that there are configuration differences. While AutoClub is a D-shaped traditional oval, Vegas is a 1.5-mile asphalt tri-oval with 12 to 20 degrees of progressive banking through the turns. That being said, each track is very fast. With the banking through the turns at Vegas, it’s easy to maintain speed and momentum without even thinking of touching the brakes. Lap cars aren’t quite as numerous here as we would see on a track like AutoClub, but they will still pop up depending on the amount of equipment failure and overall carnage we see on Sunday.

With Vegas, the drivers are going to be able to be a little dicier, I think, along the track. There tend to be a few more grooves that they can move around on and get around each other. If we see the same situation as last week, this week might produce even more lead changes with the simple difference in the track’s configuration. We’ll have to wait and see what comes of the racing this weekend. We’re going to have another test of the durability of these cars as the drivers work with a smaller spoiler than years past and ultimately lesser downforce. I think that lends itself to better racing across the board, if I’m being honest. The drivers are battling the track and each other much more over the course of the entire race. Vegas tends to be a track where we see a lot of green flag runs. I said that with AutoClub too, and we actually had quite a few caution laps. I’m not so sure that we’ll see the same this weekend. I think that we will ultimately see something similar to years past, where fuel does play a role in the strategy and outcome of the race.

When it comes to picking a winner for Vegas, there are a lot of different things to consider. There wasn’t a whole lot of testing done at this track for these next-gen cars. What we saw at AutoClub can likely be translated over to Las Vegas to a certain extent. With that tidbit of information, it’s incredibly difficult to go against Kyle Larson in this week’s picks. At the risk of sounding like a broken record week in and week out, Larson is hands-down the best there is right now. If we take a look at his history at Las Vegas, well, that’s not really debatable either. His 5.9 average finish is the third-best, and he’s the defending winner here for the spring race. A fuel hiccup hindered him in the fall race, pushing him to a 10th place finish. I don’t foresee that being the issue this weekend and believe that he will ultimately be the one to beat in his defense of the spring race title. Here’s a look at your potential winners heading into Sunday’s race at Las Vegas:

Suarez is just a firecracker. He could do amazingly well this weekend after such a strong finish at AutoClub. The thing about him is that you can’t really put too much credence in his previous finishes as he is really just starting to come into his own. His entire team is really turning into a strong group of folks. His last finish here was a top 15, so that’s pretty good considering a 26th place start. I believe that he’s going to continue to be a force to be reckoned with, and if Trackhouse Racing can give him the equipment, there’s no reason why Suarez won’t be someone to really watch this weekend. Tyler Reddick is another driver that will definitely be in contention. After another strong performance at AutoClub, Reddick is looking to solidify his spot in the Chase early on this year, and this might be the perfect opportunity. His best finish here was 6th in the last fall race. Reddick is coming on strong and will be chasing Kyle Larson for the win this weekend.

Larson is going to have his work cut out for him. He did a great job of navigating the restarts, which is really where drivers can win and lose a race. That was one of Jimmie Johnson’s worst flaws. Restarts always kicked his butt. Larson, on the other hand, seems to handle them flawlessly. If he can maintain that and keep his car off the wall, then he may be in for a repeat this weekend. It’s early in the year, but these guys are going to race hard from the start to get their coveted spots in the Chase early on. With this next-gen car, we never know what could happen too, so that’s in the back of everyone’s mind. Stay tuned as these drivers navigate the new cars in their inaugural race around Las Vegas Motor Speedway. Question: Did you know that you can bet on NASCAR races live-in-progress? YES! And it’s exciting as all get out! Find this beautiful opportunity at Bovada Sportsbook!