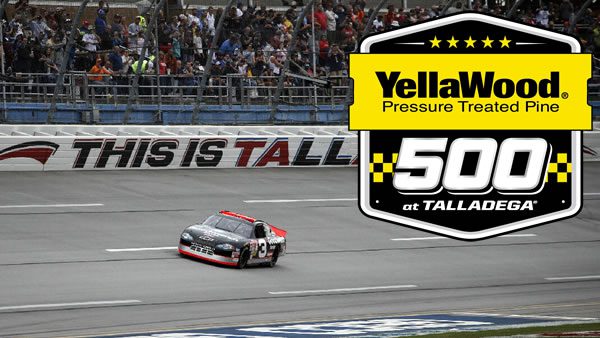 Well, if we were looking for any more reasons to hate the next-gen car, Texas gave it to us. I’m not sure if we should blame Goodyear, NASCAR, or a combination of the two for this fiasco, but one thing is for certain. The tires were a colossal failure this weekend. There were very few drivers that could run a full green flag run without blowing a right front. That’s extremely problematic. Not only did we not get full green flag runs in because of the tire issues, but a tremendous amount of playoff drivers were eliminated from a potential victory because of it. Also worth mentioning is that because of all of the tire failures, there were teams down to their last set of stickers. That is unacceptable to me. I’ve never understood the idea of limiting tires to these teams. I guess NASCAR is trying to even the playing field, but if they really wanted to do that, they’d make a lot more changes to bring the stock back into stock car racing. Manufacturers would be able to provide cars that matched their actual stock cars, engines that are manufactured in a way that allowed for more tuning and tweaking, and just overall rules that allowed drivers and teams to do more to their cars to be more competitive based on their skill set as engineers, mechanics, etc. NASCAR has strayed so far from the origins of true stock cars that it’s hard to imagine what it was actually like when Petty was racing back in the 60s and 70s in real cars. That said, Tyler Reddick came home with the trophy after what was a chaotic race all the way around. The race started at 3:49 pm but didn’t end until well after 10 pm. While there was a 56 minutes red flag for lightning, the race itself was a total of 4 hours and 21 minutes. Why so long, you may ask? Well, after 16 cautions, 91 laps were run under the yellow flag. With many leaders hitting the wall hard, including Chase Elliott, due to blown tires, it’s clear that this isn’t a Texas issue. It’s interesting, though, to see how many drivers have a disdain for this particular track. Couple that with the momentous amount of issues this weekend, and you have drivers like Kyle Larson hoping to see the track bulldozed. I’m not so sure anything will come of it, but if nothing else, I think we can all agree that these cars need some substantial work. Even if we take out the horrendous tire scenario this past weekend, the amount of parts failures we’ve seen in the 2022 year has been astronomical. From power steering failures to spontaneous fires, it’s very clear that these cars are just not safe. Is safety something that NASCAR really wants to take a step back on? To me, this should be a paramount concern. The off-season will be very telling in the adjustments that are made to this car, although scrapping the entirety of it wouldn’t hurt many feelings. It might hurt pocketbooks, but the safety of everyone involved in NASCAR should be more important.

This weekend, the drivers will have to hang on tight as everyone heads to Talladega. I’m not even sure what to say about this one being that Texas was such an unpredictable race. We expect Talladega to be unpredictable, but can it get worse than Texas? I know that a lot of teams are probably clenching their teeth heading into this Sunday’s race, but all we can do is pray for a safe race. Talladega is a 2.66-mile asphalt tri-oval with 32 to 33 degrees of banking through all three turns, 16.5 degrees through the tri-oval, and 3 degrees on the backstretch. Inevitably, there is a wreck, “the big one,” that will occur at some point in the race. This is typically something we see towards the end as the racing gets harder and more desperate. But with the way these tires are blowing and wearing, there’s no telling what’s going to happen on Sunday. This 500-miler is something that the drivers have already done this year. Back in April, Ross Chastain took the win. Since then, he’s been looking for another shot. Maybe this will be his weekend! Suffice to say that there isn’t much in the realm of predicting when it comes to these superspeedways short of the fact that we can predict that anything is possible.

We can also look back at the history of these races and realize who is a strong superspeedway driver and also look at past winners, but that’s not always indicative of who’s going to win. Quite frankly, the old saying of “it ain’t over until the fat lady sings” rings very true at this place. If we take a look at past winners and statistical data, there are a few favorites that need to be mentioned. Joey Logano is always a favorite on the superspeedways, and with his current lead above the rest of the field in points, I wouldn’t be surprised to see him in victory lane this weekend. He’s also got three wins to his name at Talladega. Other guys to keep your eyes on include William Byron and Ryan Blaney. Byron doesn’t have a win here, but he had a runner-up last year, and he’s been quietly sitting at the top of the standings with consistent top 10 finishes. Blaney has a win here and is also someone not having his name thrown out there much, presumably because he’s avoided most of the drama so far this year, but don’t count him out. Let’s take a look at your potential winners at Talladega this Sunday:

Jones is having a better second half of the season. With a handful of top 10s in the last few races, this team seems to be finding its sweet spot. Jones is one of the better drivers at Talladega, actually averaging a 14.6 finish out of 7 races. He also has 2 top 5 finishes. I wouldn’t be surprised to see him at the front of the pack and contending for a top spot again this weekend. Brad Keselowski is also another strong Talladega runner who seems to finally be finding some momentum with his newish team. Keselowski has a win at this track and a strong run of top 5s and 10s. He will have to outrun Denny Hamlin, though. Hamlin has a win here and also 3 top 5 finishes in recent history. He’s come on strong here in the last few weekends. Although he had a tumultuous weekend at Texas, he is sure to be putting all of his energy into Talladega, hoping for a profitable finish. With a win, he can catapult himself in the standings after so many misfortunes from others recently. Let’s take a look at your current top 12 after the debacle at Texas:

The Hendrick drivers hit a wall at Texas with the tire issues. Both Byron and Bowman are under the cutoff line. The problem with the next two races in this segment is that they aren’t truly telling of a driver’s skill. I hate that NASCAR put Talladega and the Roval back to back. Both of those tracks are just so unpredictable and total crapshoots sometimes. There are guys who excel at one or the other of these tracks, but it’s rare that we don’t see an element of surprise where a large portion of seemingly strong drivers and teams get knocked out because of an unfortunate wreck. Talladega and a road course are what NASCAR is leaving us with, so I guess we’ll have to wait and see how it all pans out. Stay tuned to see what Talladega brings us this weekend as the drivers and teams head into the unknown of a superspeedway.