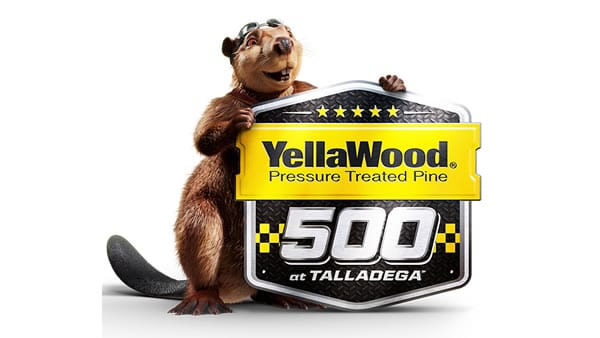 Las Vegas was a bit of a sleeper if I’m honest. The most excitement was, again, Kyle Busch’s frustration with the world because he didn’t win. It may have been another unlucky day at Vegas for the hometown driver, but his brother certainly had something to celebrate as he was able to claim the checkered flag with his first Las Vegas win. He was very emotional after winning for the first time, as this win comes after “20 years of agony and defeat”. There’s something special about winning in your hometown and in front of your friends and family, even if the stands were empty (which, by the way, was a very large disappointment). It was evident that this checked a large box off Busch’s bucket list when it comes to NASCAR accomplishments. Busch’s strategic pitting put him in the right place at the right time. While most of the other playoff drivers pitted previously, Busch remained on the track. He had the position when a debris caution came out with 32 laps to go. This gave him a clear advantage. On the restart, he executed his move perfectly to pull away from Matt DiBenedetto. Unfortunately for Busch, it wasn’t quite that easy. He would have to deal with a couple more cautions before ending up in an overtime battle with Denny Hamlin. Even with fresher tires, Hamlin couldn’t surpass Busch’s setup, though. Busch managed to hold him off to grab the victory.
Interestingly enough, as we’re closing out the season, NASCAR released its 2021 schedule with some huge changes. The goal is to diversify the sport, including different styles of tracks and removing some venues that repeat the same type of racing for the drivers. Some of the highlighted changes include the addition of multiple different road courses. Circuit of the Americas, Road America, and a different Indy road course are just a few of the additions. Bristol’s March race is also going to be a dirt race. THAT is what I’ve been waiting for. So many of these drivers grew up dirt track racing, and it’s a totally different ballgame. I love going to the dirt track every Friday night with my family, and this is going to be extremely sentimental for a lot of teams, drivers, and fans if I had to guess. I’m really excited to see how that one plays out. Some other changes include the All-Star race moving to Texas Motor Speedway, two races at Darlington, and Chicagoland and Kentucky Speedway being removed from the schedule altogether. There will still be 26 total races with the playoffs still reflecting the current structure (unless NASCAR tweaks that during the same year, as they very often do).

While the drivers absorb all of those changes, they will have to leave them in their rearview mirrors for now as the teams head to the next race of the Round of 12. Talladega is the name of the game this weekend. I’m not thrilled about it, to be completely honest. More often than not, Talladega is not a race representative of a driver’s skill and more a race of a team’s luck. With the changes to the cars and the structure of the race, superspeedways don’t present the same challenges that they did in the days of Petty, Yarborough, and Earnhardt Sr. It’s no longer a race of “seeing the air” and more so a race of not losing track position and just riding around without hitting someone. We don’t have bump drafting, we don’t have the same aero packages, and we definitely do not have the same level of competition because of it. That being said, there’s still an element of excitement in the lack of predictability that comes with the track. This track is a 2.66-mile asphalt tri-oval with 33 degrees of banking through turns one and two, 32.4 degrees through turn three, 32.5 degrees through turn 4, 16.5 degrees through the tri-oval, and just 3 degrees on the backstretch. It’s obviously a fast track, but that’s since been depleted with NASCAR’s use of restrictor plates and minimizing horsepower all in the name of “safety.” If you ask me, it’s more in the name of creating an even playing field, but hey, what do I know?

Picking a winner for Talladega is like picking the winner of the presidential debate. How do you even do that? What kind of disaster are we going to see? Is Kyle Busch going to cry again? It’s all up in the air. We actually do know that Busch will be furious and storm off if he wrecks, which is highly probable on a weekend like this. I’m not so sure that he’s going to even be in contention for a win this weekend either. It’s not looking too hot for him regardless of how bad he wants it this year. I’m going to be looking at the drivers with horsepower, which is mainly the Penske drivers. With Ryan Blaney winning the last 2 Talladega races, Logano holding three wins in is previous ten races here, and Keselowski having five career wins, I’m pretty sure that we’re safe on putting money on a Penske driver. The key is who out of those three is going to prevail this weekend? Keselowski and Logano are racing for a championship. Blaney isn’t in contention. Let’s take a look at your potential winners heading into Talladega:

Stenhouse is a wildcard. He’s aggressive at tracks like this. That can be good and bad. He won here back in 2017 and has 4 top 10s since then, including a 2nd place finish at the race here in June. I think that he’s really going to be taking some chances to get a win this weekend. Although Almirola is in the playoffs still, he’s also a bit of a wildcard. Superspeedways and short tracks seem to suit him, though. With eight consecutive top 10 finishes at Talladega, Almirola is not one to count out. With his progression in the playoffs relying essentially on a win, this is probably his best opportunity. He’s 27 points below the cutoff line, but relying on points at a place like Talladega is dangerous. I believe we’re going to see some moves from him on Sunday. Keselowski is going to be the man of the hour if they can set his car up correctly. Look for him to team up with Blaney and Logano to really lead the front of the pack. The Penske garage is one of the few where the drivers work very well together at tracks like this. Let’s take a look at who’s still in contention heading into the craziness that is Talladega.

Kurt, Clint, Aric, and Austin have some soul searching to do this weekend if they intend to jump above that cutoff line. With only two more races remaining in this round, moves need to be made. Interestingly enough, Denny Hamlin is closing the gap on Kevin Harvick as well, with only 3 points separating the drivers. I’m always curious to see how the situation changes after Talladega. Sometimes we don’t see much of a change at all. Other times, the changes are crazy big. Stay tuned for a wild ride at Talladega as these guys battle for the win and the guaranteed chance to move on to the round of eight! Note: Want some FREE BETS? Deposit $100 to $500 at BetNow Sportsbook and they’ll match you dollar for dollar with free bets!