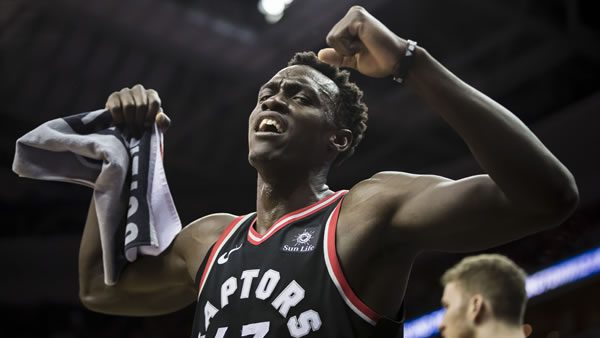 The Toronto Raptors host the Philadelphia 76ers in an Eastern-Conference matchup. Tip-off is set for 08:00 PM ET at the Scotiabank Arena.

The Toronto Raptors come into this game with an overall record of 48-34, placing them 5th in the Eastern Conference. So far, Toronto is above .500 at home, holding a record of 24-17. Over the Raptors’ last five games, they have picked up just 2 wins. In this stretch, Toronto’s offense is scoring right in line with their season average, putting up 108.0 points per game. Combined, the Raptors’ last five opponents are giving up 109.0 points per contest. A key reason for the Raptors’ recent struggles is a defensive unit giving up 115.0 points over their last five contests. This figure is up from their season average of 107.4. In the Toronto Raptors’ most recent game, the team fell to Philadelphia by a score of 112-97.

The 76ers come into this game as the more efficient offensive team, averaging 110.6 points per 100 possessions. When playing as the superior offensive unit, Philadelphia is winning at a rate of 68%. These victories are coming by an average margin of 12.0 points. On the other side, the Raptors hold the advantage on the defensive end of the floor. So far, they have played 27 games as the better defensive team, picking up 16 wins (59%).

Heading into today’s matchup, the Philadelphia 76ers and Toronto Raptors have met up for 6 games. In their last meeting, Philadelphia picked up a 112-97 win.

The Philadelphia 76ers come into this matchup with a commanding 2-0 lead in their first-round series against Toronto. In each of the first two games, the Sixers have followed their regular season playbook of getting to the free throw at a far superior rate than their opponent. So far, the team has gotten to the line 64 times compared to just 35 for the Raptors. Given that Toronto coach Nick Nurse is known for his ability to make adjustments in the playoffs, I expect to see a new defensive game plan to help even out this discrepancy. With the Raptors sitting as 2-point home underdogs, look for Toronto to pick up the win and cover the spread. In what was expected to be a competitive series, the Raptors have yet to hold up their end of the bargain. I expect a better effort from Toronto in game 3. Question: When you bet on basketball games at your sportsbook, are you risking -110 odds? There’s a 99.9% chance the answer to this is YES. Can you imagine how much money you would have saved over the past few years if you had laid -105 on all those bets? THOUSANDS! Stop overpaying for odds! Start laying only -105 odds TODAY by making the switch to reduced juice basketball betting! (and all other sports too!)