Bet on the Fav: Jazz vs. Mavs Game 5 Pick 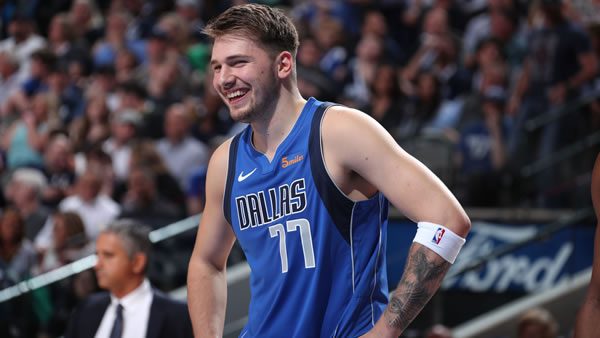 Point Spread: UTA +3.5/DAL -3.5 (Opened DAL -3 at Bovada - A must have in your sports betting arsenal! 50% bonus! Rebates on ALL your bets; win or lose! FAST bitcoin payouts! The BEST live betting platform on the web!)

The Dallas Mavericks host the Utah Jazz in a Western-Conference matchup. Tip-off is set for 09:00 PM ET at the American Airlines Center.

The Utah Jazz come into this game with an overall record of 49-33, placing them 5th in the Western Conference. Throughout the season, Utah has struggled in their 43 road contests, sitting at 21-22. Over their last five games, the Jazz have played well, picking up 3 wins. In this stretch, Utah’s offense is scoring right in line with their season average, putting up 106.0 points per game. Combined, the Jazz’s last five opponents are giving up 107.0 points per contest. Utah comes into this game also playing well defensively, holding their opponents to just 102.0 points per game. An improvement on their season average of 107.5.In the Utah Jazz’ most recent game, Utah took down Dallas by a score of 100-99

The Dallas Mavericks come into this game with an overall record of 52-30, placing them 4th in the Western Conference. So far, Dallas is above .500 at home, holding a record of 30-13. The Mavericks have played well over their last five games, picking up 3 wins. During this stretch, Dallas is averaging 112.0 points per game, 4.0 points more than their season average of 108.0. This uptick in offensive play has come while playing a group of opponents who are collectively giving up 109.0 points per contest. The Mavericks have been picking up victories while holding opponents to an average of 108.0 points per game, similar to their season average of 104.7. In the Dallas Mavericks’ most recent game, the team fell to Utah by a score of 100-99.

The Jazz come into this game as the more efficient offensive team, averaging 113.0 points per 100 possessions. When playing as the superior offensive unit, Utah is winning at a rate of 49%. These victories are coming by an average margin of 15.0 points. On the other side, the Mavericks hold the advantage on the defensive end of the floor. So far, they have played 34 games as the better defensive team, picking up 25 wins (74%).

Heading into today’s matchup, the Utah Jazz and Dallas Mavericks have met up for 8 games. In their last meeting, Utah picked up a 100-99 win.

How the Public is Betting the Jazz vs Mavericks

As this series returns to Dallas for game 5, the Mavericks and Jazz are all tied up at 2-2. After a disappointing loss in game 3, Utah pulled off a close win, despite the return of Luka Doncic to the Dallas lineup. However, the Jazz have to be concerned that they are still struggling with their three-point shot. Once again, the team had a sub-standard performance hitting just 28.6% of their shots from outside. On the other side, even though Luka Doncic picked up right where he left off, tallying 30 points in 34 minutes of action. As the Mavs return home, look for Doncic to play some additional minutes. I see Dallas picking up the win and covering the spread at home.

Rough week betting on games? Don’t re-deposit at your bookie and get nothing! Double your bankroll by grabbing a 100% real cash bonus at one of our top tier sportsbooks!