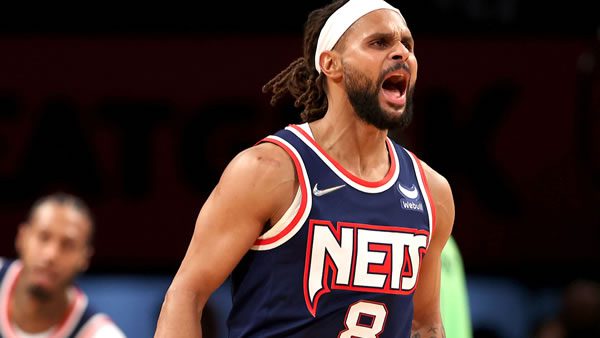 The Boston Celtics come into this game as one of the hottest teams in the Eastern Conference. Over their past ten games, they have put together a record of 7-3. This mark includes rattling off five straight wins. With their recent hot-streak, Boston has moved up to the 8th seed in the East. However, they are just five games out of first place in a bunched-up Eastern Conference. The Celtics have a 12-15 record on the road on the season. However, they have performed well against other teams in the Conference, sitting at 21-14.

The Brooklyn Nets get set to host the Celtics, looking to get back on track after dropping eight straight games. This cold streak has dropped them down to the 7th seed in the Eastern Conference. They also sit five games behind the Heat for the conference lead like their opponent. A key reason for this recent skid is the fact that the team is dealing with injuries to key players. Heading into tonight’s action, they will be without Kevin Durant, Joe Harris, Paul Millsap, and Kyrie Irving. To make matters worse, James Harden is listed as questionable with a hamstring injury.

Coming into the game, both the Boston Celtics and Brooklyn Nets are near the middle of the pack in pace. So far, the Celtics are ranked 14th in shot attempts per game. However, they sit just outside the top 10 in three-point field goal attempts. On the other side, Brooklyn has attempted the 6th fewest three-point shots. Yet, due to their shooting efficiency, they rank 10th in the NBA in points per game.

Given that Brooklyn will be without several of its key shot makers, I expect to see them work the ball inside for higher percentage shots. However, they will be looking to do so against the NBA’s 2nd best team in points in the paint allowed. So far, the Boston Celtics are giving up just 41 paint points per game. Look for the Celtics to also enjoy an advantage on the boards, as Brooklyn has struggled to make up for Durant’s absence in the rebounding department.

Tonight’s matchup between Celtics and Nets will be their second meeting of the season. In-game one, Brooklyn took down Boston at home by a score of 123-104.

65% are betting the Celtics against the spread.

Heading into this matchup, the Boston Celtics and Brooklyn Nets are trending in opposite directions. Not only is Boston playing better, but they also come into Brooklyn with one of the most dynamic offensive duos in the NBA. Jaylen Brown and Jayson Tatum will create problems for a depleted nets roster on both ends of the floor. Look for the Celtics to pick up the road win and cover the spread.

My favorite prop bet of the night is to take Jaylen Brown to go over his posted prop of 25.5 points. On the season, Brown has surpassed this line in 44% of his games. With Brooklyn playing without several of its key interior defenders, I see Brown getting the basket early and often. Look for Brown to approach 30 points in his team’s win. Bet your Celtics vs. Nets prediction and ALL your NBA picks for FREE this week by taking advantage of a 100% REAL CASH bonus on your first deposit of $100 to $1000 at Betnow Sportsbook!