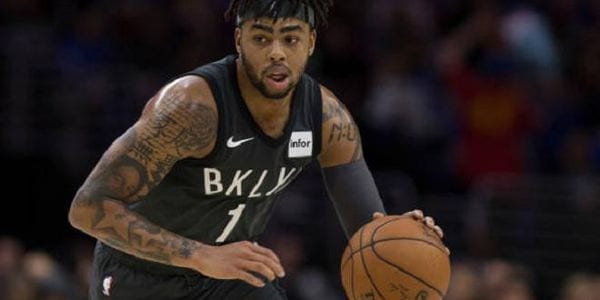 The Nets come in clinging to a playoff spot as they sit just 2.5 games in front of the 9th seeded Orlando Magic. On the other hand, they are 5 games behind the 6th seeded Boston Celtics, making where they sit now in 7th, their most likely landing spot. A slip up in the last 8-games could of course see the Nets fall out of playoff contention, but as a young team who has not been to the playoffs since the 2014-2015 season, they are hoping to rewrite the script and surprise some people with a deep run this year.

The Trail Blazers on the other hand, are well within the playoffs, as they currently sit as the 4th seed in the Western Conference. While they already are in a spot that would receive home court advantage, they could still improve their seeding to potentially avoid a second-round matchup with the Golden State Warriors. That of course is assuming they will be able to take out whoever they play in the first-round, whether it be the Los Angeles Clippers or the Oklahoma City Thunder. That said, it is safe to assume this is a very important game for the Trail Blazers, so they should have extra motivation to pull out a win.

Being a cross-conference matchup, these teams have only met once this season. This game was in Brooklyn back in February and was a game Portland dominated, winning 113-99. With that win, the Trail Blazers are now 8-2 in their last 10 games with the Nets and 2-0 in their last 2 meetings.

Brooklyn will Cover if:

They have a balanced scoring night. Brooklyn has been successful this season because they have been able to create multiple scoring threats each night. Take their last game for example against the Los Angles Lakers. Four of the five starters scored 13 points or more and two of their bench players scored in double-figures as well.

Also, keep a close eye on D’Angelo Russell in this game because his role is vital to any game that Brooklyn plays. He scored 21 against the Lakers, which was 2nd highest on the team behind Joe Harris. What also really helped the Nets was Russell dished out 13 assists. If he has a game like this where he is scoring a ton while also racking up assists, the Nets will be in a very good position to keep this game close.

Portland will Cover if:

They control the rebounding battle. The Trail Blazers have been among the top 3 teams regarding rebounding the ball, but also in terms of limiting their opponents from rebounding. As of now, they are averaging 47.6 boards per game and are allowing 42.9 boards per game. Couple that with the fact that Portland is a top 10 scoring team and a top 12 shooting team, rebounds will be a huge reason why Trail Blazers can control this game.

Of course, the play of Damien Lillard will also be vital to a Trail Blazers win. The Portland point guard is averaging 26.3 points per game, so look for a heated battle between Lillard and Russell. Expect Lillard to outplay the Nets point guard by just enough to help his team continue pushing for a higher seed in the playoffs.

Since both these teams are likely to make the playoffs, you should expect a hard-fought battle and not a game with no effort, like a lot of games in the NBA have become. MyBookie has the Portland Trail Blazers as a 6-point favorite and with how they play at home, they should easily be able to take down this Brooklyn team by a considerable margin.