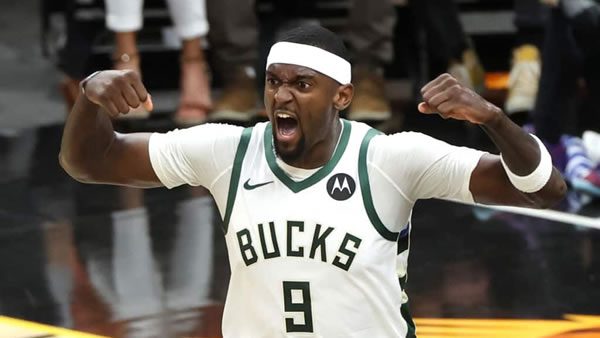 The Chicago Bulls host the Milwaukee Bucks in an Eastern-Conference matchup. Tip-off is set for 01:00 PM ET at the United Center.

The Milwaukee Bucks come into this game with an overall record of 51-31, placing them 3rd in the Eastern Conference. So far, Milwaukee is above .500 on the road, holding a record of 25-17. Over their last five games, the Bucks have played well, picking up 3 wins. In this stretch, Milwaukee’s offense is scoring right in line with their season average, putting up 112.0 points per game. Combined, the Bucks’ last five opponents are giving up 111.0 points per contest. Milwaukee comes into this game also playing well defensively, holding their opponents to just 103.0 points per game. An improvement on their season average of 111.5. In the Milwaukee Bucks’ most recent game, Milwaukee took down Chicago by a score of 111-81

The Chicago Bulls come into this game with an overall record of 46-36, placing them 6th in the Eastern Conference. So far, Chicago is above .500 at home, holding a record of 27-15. Over the Bulls’ last five games, they have picked up just 2 wins. In this stretch, Chicago’s offense is scoring right in line with their season average, putting up 104.0 points per game. Combined, the Bulls’ last five opponents are giving up 113.0 points per contest. In this recent cold stretch, the Bulls are allowing an average of 113.0 points per game, similar to their usual rate of 111.7.In the Chicago Bulls’ most recent game, the team fell to Milwaukee by a score of 111-81.

As Milwaukee travels to take on the Chicago Bulls, the Bucks’ leading scorer is Giannis Antetokounmpo. Through 68 games, Antetokounmpo is averaging 29 points. On the season, he has surpassed his season average in 50.0% of his games. Against the Bulls, Antetokounmpo will need to be on top of his game as Chicago is allowing their opponent’s top scorer to surpass their average in 40.0% of their games, placing them in the top 10. On the other side, DeMar DeRozan leads the Bulls in scoring, averaging 27 points across his 76 games. Throughout the season, DeRozan has outscored his season average in 51.0% of his outings. On the season, the Bucks have allowed their opponent’s top scorer to surpass their season average in 50.0% of their games, giving them a rank of 15th among NBA defenses.

Heading into this matchup, the Milwaukee Bucks are the more efficient team on both ends of the court. This scenario has taken place in 21 of Milwaukee’s 41 games, leading to a winning percentage of 81%. So far, the Chicago Bulls have played 55 games as the inferior offensive and defensive unit. In these instances, they have lost 55 times, by an average margin of -15.0 points.

Heading into today’s matchup, the Milwaukee Bucks and Chicago Bulls have met up for 7 games. In their last meeting, Milwaukee picked up a 111-81 win.

How the Public is Betting the Bucks vs Bulls

The Chicago Bulls come into this matchup, having failed to build upon the momentum of stealing a game in Milwaukee. Even with the Bucks missing their second-leading scorer in Khris Middleton, the Bulls still allowed Milwaukee to knock down 15 three-point shots compared to just 9 for Chicago. Throughout the game, Grayson Allen and Bobby Portis made the Bulls pay for focusing so heavily on Giannis Antetokounmpo and trying to keep him from the basket. Heading into game 3, Chicago are 4.5-point home underdogs. In an early start, look for the Bulls to come out hungry, as they very well know that dropping game 4, severely drops their chances at pulling off the upset in the series. I recommend taking the Bulls to cover the spread.