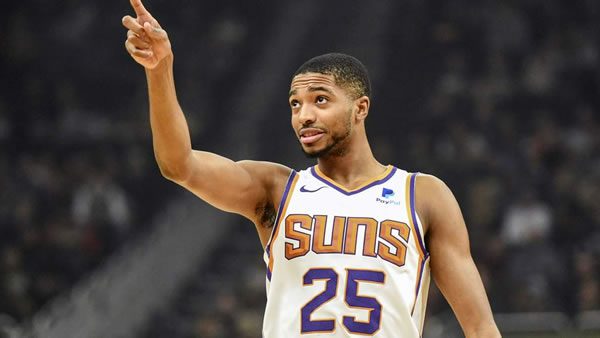 Chicago will be looking to build on their most recent win over Jazz. DeMar DeRozan led the team to a win with his 26 points. The Bulls were 2 point underdogs on the spread, giving them an ATS win.

Heading into the game, Phoenix is 14-6 overall. When playing at home, Phoenix has a mark of 11-1 and a win percentage of 92%. Currently, the team is 1st in the Western Conference. So far, they are 11-7-2 vs. the spread. Phoenix will look to stay hot in today’s game vs. Chicago as they are the winners of 5 straight games.

In their last game, Phoenix defeated Kings (122-117) as 1-point favorites. Devin Booker led the team with 44 on 60.7% shooting. The Suns also covered the spread with the victory.

This will be the first meeting of the season between Phoenix and Chicago. Last year, the two teams met up twice, picking up wins of 127-124 and 124-102. In the last five head-to-head matchups, the Suns are 3-2 ATS.

Coming into the game, the Bulls are averaging 112 points per game, which is 17th in the league. In terms of pace, the Bulls are near the league average as the 15th-ranked unit in possessions per game. Overall, Chicago is averaging just 10.6 made 3’s per contest, which places them below the NBA average. The team’s offense usually runs through either DeMar DeRozan or Zach LaVine. So far, DeRozan is averaging 26.2 points per contest. Right behind him is Lavine at 21 points per game to go along with four boards and four assists.

The Chicago Bulls are heating up, winners of three of their last four games. The Suns have been hot but not playing as well as they can. The Bulls have been scoring at a nice rate and can match the Suns in the 115-point range, so I’m betting them with confidence as +5.5 underdogs. Bet your basketball picks for FREE all week by scoring a 100% real cash bonus up to $300 when you use bonus code PREDICT100 at MyBookie Sportsbook!