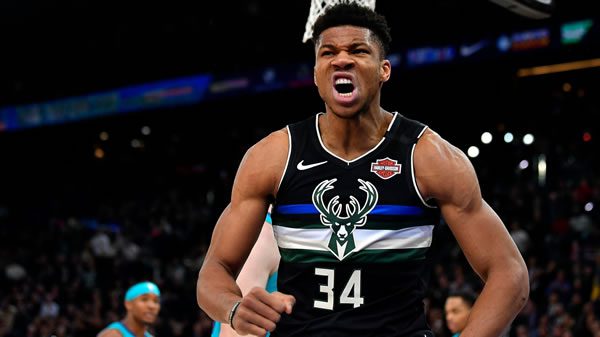 The Milwaukee Bucks host the Boston Celtics in an Eastern-Conference matchup. Tip-off is set for 03:30 PM ET at the Fiserv Forum.

The Boston Celtics come into this game with an overall record of 51-31, placing them 4th in the Eastern Conference. So far, Boston is above .500 on the road, holding a record of 25-18. Over their last five games, the Celtics have played well, picking up 4 wins. In this stretch, Boston’s offense is scoring right in line with their season average, putting up 107.0 points per game. Combined, the Celtics’ last five opponents are giving up 112.0 points per contest. The Celtics have been picking up wins, while holding opponents to an average of 102.0 points per game, similar to their season average of 104.4. In the Boston Celtics’ most recent game, Boston took down Milwaukee by a score of 109-86

The Milwaukee Bucks come into this game with an overall record of 51-31, placing them 3rd in the Eastern Conference. So far, Milwaukee is above .500 at home, holding a record of 29-15. The Bucks have played well over their last five games, picking up 4 wins. In this stretch, Milwaukee’s offense is scoring right in line with their season average, putting up 107.0 points per game. Combined, the Bucks’ last five opponents are giving up 109.0 points per contest. The Bucks come into this game also playing well defensively, holding their opponents to just 95.0 points per game. An improvement on their season average of 110.9.In the Milwaukee Bucks’ most recent game, the team fell to Boston by a score of 109-86.

As Boston travels to take on the Milwaukee Bucks, the Celtics’ leading scorer is Jayson Tatum. Through 76 games, Tatum is averaging 26 points. On the season, he has surpassed his season average in 47.0% of his games. As Tatum gets set to take on the Bucks, he could be in line for a big game as Milwaukee is allowing their opponent’s top scorer to surpass their season average in 55.88% of their games. This figure places them 27th among NBA defenses. On the other side, Giannis Antetokounmpo leads the Bucks in scoring, averaging 29 points across his 68 games. Throughout the season, Antetokounmpo has outscored his season average in 50.0% of his outings. However, if he hopes to add to this total, Antetokounmpo will need to do so against a Celtics defense that has been tough on their opponent’s top scorers. So far, leading scores have surpassed their season average at a rate of just 45.76%. This figure is good for a rank of 8th in the league.

The Bucks come into this game as the more efficient offensive team, averaging 111.1 points per 100 possessions. When playing as the superior offensive unit, Milwaukee is winning at a rate of 68%. These wins are coming by an average margin of 14.0 points. On the other side, the Celtics hold the advantage on the defensive end of the floor. So far, they have played 41 games as the better defensive team, picking up 23 wins.

Heading into today’s matchup, the Boston Celtics and Milwaukee Bucks have met up for 6 games. In their last meeting, Boston picked up a 109-86 win.

As we move to game 3 of this Eastern Conference semi-finals matchup between Milwaukee and Boston, it is the Bucks who now have the betting edge, at -2.5. After being blown out in game 2, look for Milwaukee to come out energized by the home crowd. However, the real problem for the Bucks is their strategy of giving Boston whatever they want from outside. In game 2, the Celtics were able to swing the ball on the perimeter, leaving Milwaukee’s defenders scrambling. I expect this to translate into game 3, as I recommend taking Boston to cover at +2. Question: When you bet on hoops, are you laying -110 odds on your sides and totals wagers? OF COURSE YOU ARE! Did you know that you could be betting at -105 instead? MOST DON’T! Why pay more when you could be saving $5 per $100 you’re trying to win? This savings add up to HUGE numbers over the course of a year! Dump your overpriced bookie TODAY and start maximizing your sports betting at BetAnySports! You’ll be so glad you did!