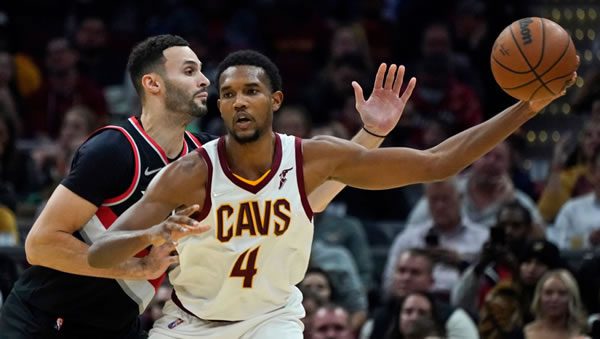 The Cleveland Cavaliers enter Saturday’s contest against the Bucks with an 18-12 record, quietly having a good season as they currently sit 4th in the east. The Cavaliers are riding a five-game winning streak into this one and have won seven of their nine games to start December. In their five-game win streak, the Cleveland defense has stepped up in a big way, allowing just 96.8 PPG over that stretch. Ironically enough, Cleveland’s last loss came from the Bucks on December 6th in a 112-104 final. The team is led by third-year guard Darius Garland, though as a whole, the Cavaliers share the ball well, as eight players are averaging double-digits scoring. Offensively, Cleveland is ranked 19th, scoring 106.6 PPG on the season, though over their last three games, they’ve averaged 115.3 PPG, which is 8th best over that stretch. The Cavaliers’ defense is ranked 2nd only to the Warriors, allowing 101.5 PPG. The team’s 5.1-point differential is 4th best in the NBA as well.

The Milwaukee Bucks enter this game with a 19-12 record and currently sit 3rd in the Eastern Conference. The Bucks have had an up and down December with a 6-4 record on the month. While they haven’t lost back-to-back games in over a month, they haven’t been able to put together a solid stretch of basketball since their eight-game win streak to end November. Milwaukee has recently become another team with a covid outbreak, as Giannis, DiVincenzo, Portis, and Matthews will all be out at least another week due to protocols. Giannis leads the Bucks with 27.0 PPG and leads the team as well in rebounds and blocks per game. Milwaukee has the 8th ranked offense, scoring 110.7 PPG and the 14th best defense, allowing 106.9 PPG. The team’s 3.8-point differential is 4th best in the league.

Given the high defensive powered Eastern Conference matchup on our hands, I expect a slower-paced brawl. The Cavaliers head into this game as the 7th slowest team for pace at 100.3 possessions per game. After the loss of Collin Sexton for the season with a knee injury, the team has leaned heavily on their defense to slow teams down and run their offense through big men Evan Mobley and Jarrett Allen. The Bucks come into this one as the 10th fastest team for pace, though in their last three games, they’ve played slower than that mark without the explosiveness of Giannis. The value I see in the pace for this one lies in the over/under as the spread is a 1-point margin in favor of the Bucks, meaning the Cavaliers have a good chance to steal this game in Milwaukee, though they’ve struggled at Fiserv in recent contests.

Despite the Bucks being without some of their main contributors, the books are still giving them the edge in this one. First and foremost, the team without Giannis is too unpredictable. For instance, two games ago against the Pacers, the Bucks came alive in the fourth quarter with a 21-0 run to secure the win, but last night against the atrocious Pelicans, Jrue Holiday had a career-high 40 points, and the Bucks still lost the game in overtime. Two other key players that will be missing action Saturday are Donte Divincenzo and Bobby Portis. Though we have yet to see Divincenzo take the floor this season after breaking his foot in last year’s playoffs, we know that he is a big part of Milwaukee’s success from range. As for Bobby Portis, though he isn’t putting up flashy numbers on a nightly basis, he is always good for a timely defensive play to tilt the court in Milwaukee’s favor and give the Bucks fans some energy as well. Taking into consideration the team being without these three players, it’s hard for me to give them the nod to win this game and cover.

Saturday’s matchup will be the second time these teams meet this season. The December 6th final ended in favor of Milwaukee 112-104. In fact, the Bucks have dominated this series, as dating back to the 2018-19 season, the Bucks have won eight straight games against Cleveland.

How the Public is Betting the Cavaliers vs. Bucks

52% are betting the Cavaliers against the spread.
58% are wagering on the game to go over the posted total of 214.5.

This Eastern Conference matchup has the makings of being another low-scoring, defensive showdown. With such a short spread in this game and the negative trends I mentioned above for both squads, it’s hard to pick an outright winner for this one. Rather, I see the most value in the total. With the Bucks allowing less than 104 points at home and the Cavaliers allowing less than 96 points a game over their last three contests, I’m taking the under on the 214.5 total.