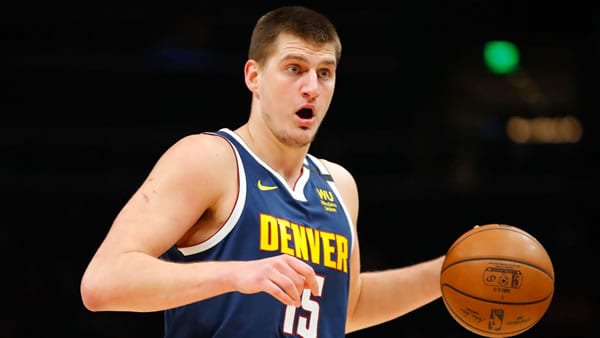 New powers are taking over the Western Conference, and two of them meet when the Suns and Nuggets begin this best-of-seven Western Conference semifinals series with Game 1 Monday night in Phoenix. The Nuggets made their first appearance in the Western Conference finals since 2009 last year, while the Suns haven’t made the conference finals since 2010. Phoenix, with home-court advantage for this series, is lined as at right around -200 to win it, with Denver getting about +170 as the underdog. Here’s how we homeworked Game 1 with our free NBA playoffs pick.

The NBA playoffs betting market opened Phoenix at -5.5 for this Game 1 over Denver, with an over/under of right around 219.5. Early betting action then dipped the Suns to -4.5 and bumped that total to 220.

For those looking to eschew the point spread, the best Game 1 money line we could on Phoenix was the -190 offered at Bookmaker, while the best line available on the Nuggets was the +175 at Wagerweb.

Denver reached this Western Conference semifinals series by beating Portland in six games in that first-round series, completing that task with a 126-115 come-from-behind victory on the road last Thursday night. The Nuggets trailed the Blazers by 14 points late in the third quarter, then outscored Portland 47-22 from there for the outright victory as five-point underdogs.

Denver actually lost the first game of that series, then won four of the next five, including two in Portland.

Meanwhile, Phoenix reached this conference semifinals by beating the Lakers in six games in that first-round series, putting LA out of its misery with a 113-100 win last Thursday night. The Suns, playing as three-point dogs, jumped out to a 36-14 first-quarter lead and never let Los Angeles, who basically played without Anthony Davis, back in the game.

Phoenix trailed that series with the Lakers two games to one, then won the next three in a row.

The Suns finished four games ahead of Denver in the regular-season standings, 51-21 to 47-25, but the Nuggets took the season series from Phoenix two games to one. But all three games played close, and the visiting team won all three games. The Suns won the first meeting back in January 106-103 when Denver missed a three-pointer at the buzzer. The Nuggets then won the second meeting three weeks later 130-126 in overtime, then won the third meeting one day later 120-112 also in overtime.

Overs played 2-1 in Nuggets-Suns games this season, but one of those games needed overtime to go over. Without overtime, those three games averaged 211 total points against an average O/U of 218.

Phoenix is a title contender and our pick to win this series. Meanwhile, we were surprised Denver got by Portland in the first round. Yea, Jokic is awesome, but we can’t help but believe the absence of two-fifths of their starting lineup will eventually catch up to the Nuggets. We like the Suns here, minus the points, for our free NBA playoffs pick for Tuesday. Bet your NBA predictions FREE this week by taking advantage of a 100% real cash bonus on your first deposit of $100 to $300 at MyBookie Sportsbook! (Must use bonus code PREDICT100 to receive the special offer!)