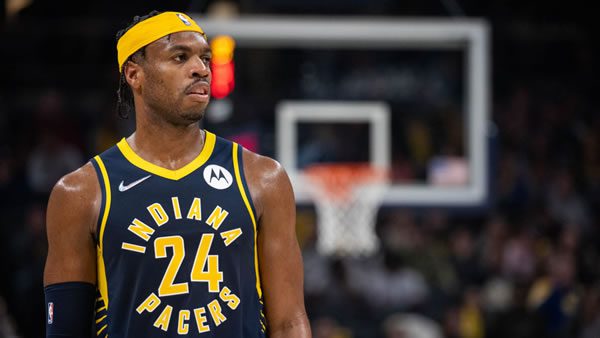 Atlanta comes in with an overall record of 19-22, placing them 9th in the Eastern Conference. When taking to the road, Atlanta has a mark of 8-13 and a win percentage of 38%. Against the spread, the Hawks are a below .500 team at 16-24-1. Across their past five games, the team is 2-3 both straight up and ATS. Things are even worse in their last ten contests, going 3-7 SU and 4-6 vs. the spread.

Most recently, Atlanta lost to the Bucks by a score of 114-105. Bogdan Bogdanovic led the way with 22 points. The Hawks entered the game as 4-point underdogs.

Indiana most recently lost to the Knicks by a score of 119-113. The team high 31 points from Buddy Hield were not enough to come away with the win. The Pacers were 4-point favorites going into the game.

In the most recent matchup between the two teams, the Pacers picked up the 29-114 win over the Hawks. Heading into the game, Indiana was the 1.5-point underdog, giving them an ATS win. This has been the only matchup between the two teams this season. The ATS record across the previous five head-to-head meetings is 3-2 in favor of the Hawks. In these matchups, Atlanta has averaged 124 points per game while allowing 120. In these matchups, the teams have put together an over-under mark of 5-0. Combined, they averaged 244 points in these games.

This season, Atlanta is among the league leaders in scoring, averaging 115 points per game. So far, the Hawks are also one of the more up-tempo teams in the league, sitting at 101.7 possessions per game. Atlanta has struggled with their 3-point shot this season, as they are currently ranked just 28th in 3-point shooting percentage at 33.2%. In addition, they are near the bottom of the league in attempts, at just 30.9 attempts per contest. The team’s 3-point shooting defense has been a problem this year. So far, opposing offenses have hit 36.4% of their looks from the outside.

The Pacers are averaging 115.6 points per game for the year and come into the game as one of the top three-point shooting groups. So far, Indiana has hit 36.9% of their 3-point attempts, placing them 8th in the league. However, they have also had problems defending the 3-point arc, with opponents hitting 36.8% of their looks from the outside.

An important injury to consider for today’s game is that Indiana will be without Tyrese Haliburton, who is listed as out on the injury report. Buddy Hield will assume the role of primary scorer for the team. This season, Hield has been averaging 18.3 points per game for the Pacers.

More Picks: Get our Orlando at Utah betting analysis and free pick >>>

The Atlanta Hawks are 2-6 in their last eight games and have no business being favored in a road game against anybody right now, much less the Indiana Pacers, who play well at home (6-0 in their last six at home.) Grab the Hawks plus the points quickly before the line drops!