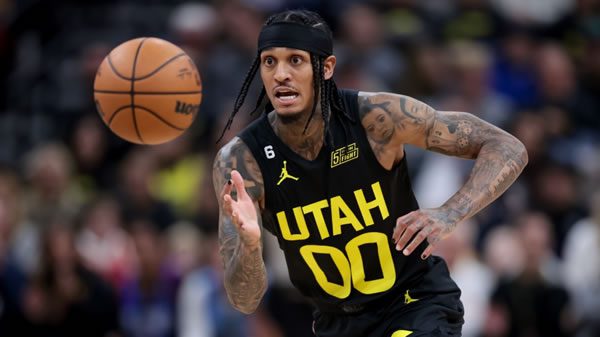 In their upcoming game, Orlando will be looking to capitalize on their recent win over the Trail Blazers. Franz Wagner led the way for the Magic with 29 points. Despite being 9-point underdogs on the spread, the Magic were able to secure an ATS win.

Utah will be looking to build on their most recent win over the Cavaliers. Jordan Clarkson led the team to a win with his 32 points. The Jazz were 2 point underdogs on the spread, giving them an ATS win.

Coming into the game, Orlando’s offense is ranked just 27th in scoring at 110.4 points per game. This has come while being the 19th-ranked unit in pace. So far, the Magic are averaging 98.7 possessions per contest. Orlando has struggled with their 3-point shot this season, as they are currently ranked just 22nd in 3-point shooting percentage at 34.4%. In addition, they are near the bottom of the league in attempts, at just 31.1 attempts per contest. On defense, the Magic allow an average of 112.23 points per game, placing them 20th in the league. So far, teams have shot 36.62% on their looks from outside vs. Orlando. This figure places them 27th in 3-point shooting defense.

Franz Wagner is the top scorer for Orlando, averaging 20.2 points per game. This season, his field goal percentage is 49.0%. The team’s second-leading scorer is Paolo Banchero, with an average of 21.2 points per game.

Lauri Markkanen is the top scorer for the Jazz, with an average of 24.5 points per game. This season, his field goal percentage is 52.4%. Jordan Clarkson is the team’s second-leading scorer, averaging 20.7 points per game.

The Magic have looked pretty good recently, winners of two of their last three contests. The Jazz have stunk, going 2-7 over their last nine games. I like the Magic to cover the spread here. Trade talks are starting to heat up in Utah, and turmoil oftentimes leads to poor play. I’m also going to put 20% of my wager on the Orlando money line as well!