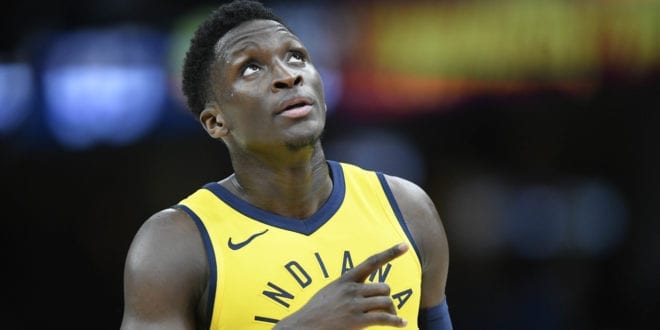 Takeaways From Indiana’s and Toronto’s Most Recent Games

The Pacers enter into this game in pristine form as they have won six straight outings dating back December 19th when they lost on the road to this very Toronto Raptors team. Most recently, the Pacers defeated divisional rival Chicago on the road on Friday by a score of 119-116. The contest required overtime to declare a winner and caused Indiana to fail to cover in its second consecutive game as they closed as a seven-point favorite.

The Raptors come in off a victory in a high-profile clash with the Milwaukee Bucks last night in Milwaukee when they defeated the Deer 123-116 as a 5.5-point underdog. We nailed this selection. The win served as an excellent response to Toronto’s bitter 125-107 defeat suffered at the hands of the Spurs in San Antonio, two days prior.

How the Public is Betting the Indiana-Toronto Game

At the moment there have been no line movements to signify which way the action is going in this pivotal Eastern Conference collision. The line has remained idle at -4.5.

As mentioned, the Raptors were the last team to beat the Pacers on December 19th when the two met on this very court. The final tally in the affair was 99-96 Toronto and extended the Raptors win-streak over the Pacers to four games

Raptors point guard Kyle Lowry has been upgraded to questionable as he is dealing with a back injury that requires him to receive anti-inflammatory injections. The Raptors will also be without the services of Center Jonas Valanciunas who will be out until February. As for Indiana, Center Miles Turner is listed as questionable for this clash as he is handling a sore shoulder.

Indiana Will Bring Their Patented Pacers Defense To Challenge Raptors

The Pacers own the best scoring defense in the NBA giving up a stingy 101.4 points per game. To follow this up, the Pacers are also third in opponent field goal percentage at 43.7%. The Pacers complement their stout defensive operation with some marksmen shooting of their own as they are the second-ranked team in the NBA in terms of field goal percentage at 48.1%. A huge advantage in particular for Indiana offensively is their three-point shooting game as they stand fifth overall in the NBA hitting 37.2% of their attempts which is far greater than Toronto’s 25th ranked 34.1% success rate from three-point range.

Toronto Will Look To Keep Mojo Working After Big Win

The Raptors have improved to the seventh-ranked scoring offense (113.2 points per game) after last night’s performance. Toronto’s defense has also improved as they moved up to the ninth-ranked scoring defense which surrenders 108.1 points per outing. Last night’s win against Milwaukee injected Toronto with a lot of momentum to carry into this game. The Raptors will look to feed off this momentum to gain another quality win against a Pacers team that presently owns the third-best record in the Eastern Conference.

As a whole Indiana has been a liability in this series when the game has been on the Raptors’ court as they stand 12-26 ATS in the last 38 meetings that took place in Toronto. The Under is 5-1 ATS in the previous six contests between these two teams.

According to other sources, the Pacers are undervalued here as they should actually be considered the favorite in this contest as opposed to the underdog. This is in itself warrants a wager on Indiana because of the tremendous value presented. The Pacers being undervalued is a bi-product of an overreaction to the Raptor’s win last night in Milwaukee. On paper, the victory against the Bucks is one of the Raptors’ most impressive wins this season as they defeated the top team in the East on its own court. As a result of this outcome, Toronto is set up to be overvalued in their follow-up today against Indiana. In addition, the Raptors are 15-4 SU in Toronto this season. Those that back the Raptors are banking on Toronto honing its home court advantage to get the job done. However, the market is aware of this and is prone to overprice Toronto on its own court as a result. The combination of the location of this game and the overreaction to the big win by Toronto allows us to get an excellent Pacers team at a bargain price.