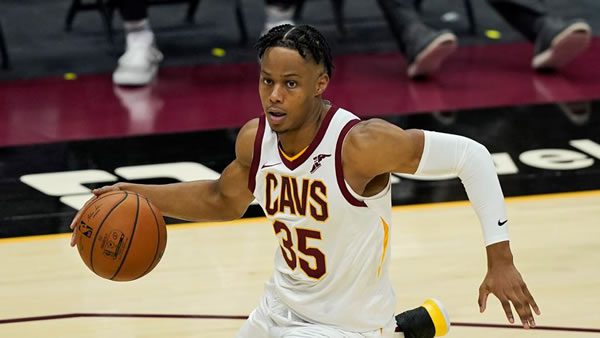 In their most recent game, Utah was unable to come away with a victory against the Bucks, losing by a score of 123-97. Despite Malik Beasley leading the team with 18 points, the Jazz were unable to overcome their status as 2-point underdogs. The Jazz also ended up with an ATS loss in the game.

Heading into the game, Cleveland is 20-11 overall. When playing at home, Cleveland has a mark of 14-2 and a win percentage of 88%. Currently, the team is 3rd in the Eastern Conference. So far, they are 17-13-1 vs. the spread. Cleveland will look to stay hot in today’s game vs. Utah as they are the winners of 3 straight games.

Most recently, the Cavaliers took down the Mavericks by a score of 100-99. Donovan Mitchell finished with 25 points, which was most on the team. Cleveland did not cover the spread as 8-point favorites.

Last year, the Jazz and Cavaliers played to a series split, with each team winning on the road. Between the two teams, they combined to average 208.0 points per contest. Last year, the Jazz saw a drop in overall scoring when playing the Cavaliers, averaging 100.0 points per game. While the Jazz struggled on offense in the series, the Cavaliers maintained their usual level of scoring at 109.5 vs. Utah. Across the previous five meetings between the teams, the Jazz have an average scoring margin of +13 points per game, leading to an ATS mark of 3-2. The over-under record in these same games is 2-3, with the teams combining for an average of 209 points per game.

For the season, Utah has put together one of the top-scoring offenses in the NBA at 117.2 points per game. When looking at their style of play, the team is currently near the league average in pace, averaging 100.4 possessions per contest. Utah’s offensive attack has benefited from some hot shooting from outside. Not only are they among the league leaders in 3-pointers attempted per game, but they are 8th in 3-point shooting percentage at 36.9%. Defensively, the Jazz have been one of the best units in the NBA, allowing just 107.57 points per game. So far, they have allowed a 3-point shooting percentage of 35.09%, placing them 15th in the NBA.

This season, Cleveland is averaging just 110.5 points per game, which places them 24th in the league. A major reason for these low numbers is the fact that they play at one of the slower paces in the NBA at just 96.4 possessions per game. Cleveland heads into the game as one of the top 3-point shooting teams in terms of percentage. So far, they have hit 36.4% of their looks from deep. However, they are currently ranked just 23rd in 3-point attempts per contest. Defensively, the Cavaliers have been one of the best units in the NBA, allowing just 105.67 points per game. So far, they have allowed a 3-point shooting percentage of 35.29%, placing them 16th in the NBA.

Donovan Mitchell is the top scorer for the Cavaliers, with an average of 29.5 points per game. This season, his field goal percentage is 50.2%. Darius Garland is the team’s second-leading scorer, averaging 20.8 points per game.

The Utah Jazz are now 1-7 in their last eight road games. The Cleveland Cavaliers are 10-1 in their last eleven home games, with nine of those wins coming by six points or more. I’m betting on Cleveland minus the points!