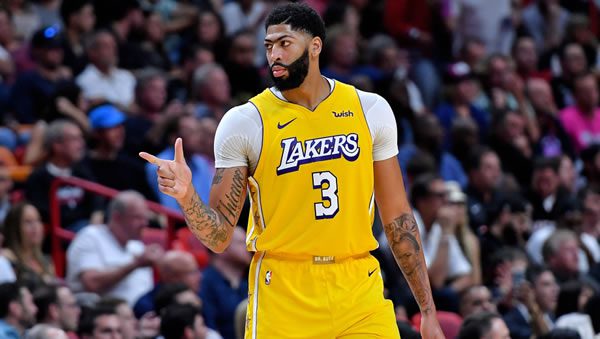 (Find the best parlay sportsbooks >>> Some pay better odds than others!)

The Los Angeles Lakers enter today’s game, having won 6 of their past ten games. When playing away from home, the Lakers are winning at a below .500 rate, having gone 1-2. Among NBA teams, they have played the 30th toughest schedule.

As the road team, the LA travels to Milwaukee with a negative plus-minus of rating -6.3 points. Overall the Lakers are ranked 23rd among NBA teams in point differential (2.1).

For bettors, taking the Los Angeles Lakers to cover the spread has been a losing bet as they are covering the spread in 33.30% of their games. Their season-long plus-minus against the spread is -5.8.

The Lakers’ best three-point shooter has been Carmelo Anthony, who is connecting on 2.87 shots from downtown per game.

The Milwaukee Bucks enter today’s game, having lost two straight games. This mini-losing streak is part of an overall trend of having gone just 3-7 in their past ten games. This has come while playing 5th toughest schedule.

As they take on the Lakers at home, the Bucks have a negative home plus-minus of -3.6 points. Overall the Bucks are ranked 22nd among NBA teams in point differential (5.7).

For bettors, taking the Milwaukee Bucks to cover the spread has been a losing bet as they have covered in 42.90% of their games. Their season-long plus-minus against the spread is -3.3.

On offense, the team’s leading scorer is SF Giannis Antetokounmpo. So far, Antetokounmpo is averaging 26.54 points per game. The Greek Freak is also grabbing a team-high 11.31 rebounds per game.

The Bucks’ best three-point shooter has been Grayson Allen, who connects on 3.79 shots from downtown per game.

A key matchup in this game will be how the Lakers respond to playing at the high-speed pace of the Bucks. Historically, this has actually helped the Lakers, who win 74% of their contests against up-tempo units. On the other hand, Milwaukee has its lowest win percentage against slow-paced teams.

The Lakers come into this game as one the least efficient offensive groups. However, this season, Milwaukee has yet to string together good defensive performances. Even without Lebron James, the Lakers should have no problem putting up points.

Last year, these two teams met up for two games, with the series ending in a split. Between the two contests, Milwaukee outscored the Lakers by a score of 218 to 210.

One of the key reasons to the Buck’s slow start has been injuries to some of their key players. Khris Middleton is expected to make his return to the team after contracting COVID 19. However, I don’t expect him to play a ton of minutes. On the other side, Lebron James continues to miss time, leaving the primary scoring responsibilities to Russell Westbrook and Anthony Davis. The idea behind picking up Westbrook was to put him on a team where he wouldn’t have to shoulder the scoring load. But, due to injuries, he has had to step up. Look for the Bucks to win this outright, but the Lakers to cover the spread.

My favorite prop bet of the night is to take Russell Westbrook over his point total line. Last season, when playing the Bucks, Westbrook had some of his best scoring games. Look for a big night from the point guard in tonight’s must-watch game. Bet your Lakers vs. Bucks pick and ALL this week’s NBA predictions for FREE by taking advantage of a 100% REAL CASH bonus on your first deposit of $100 to $300 at MyBookie Sportsbook! (Must use bonus code PREDICT100 in order to qualify for the special bonus). Click here to sign up now!