Takeaways from Miami and Golden State’s Most Recent Games

The Heat come into this contest off a loss on the road on Friday when they were defeated 102-96 by the Sacramento Kings. Miami failed to come in under the number as a 3.5-point underdog and failed to produce their fourth cover in their last five games.

The Warriors enter in on the heels of a three-game winning streak, capped off most recently by a road win at the Phoenix Suns on Friday when the Warriors defeated the Suns 117-107. Despite getting the victory, the Warriors would fail to cover as a 16.5-point favorite.

Betting Note: There are many reasons to use different sportsbooks. The best betting website for you may not be the best for someone else. Bitcoin same-hour payments may be your priority while mine is always about getting the best line, day in and day out, whether it is 2 cents or a half point. Do your research and avoid bookies that don’t offer your play at a good price! Your long tern success depends on that.

How the Public is Betting the Miami and Golden State Game

At the present moment, 71% of the consensus like the Warriors here with laying the points. Despite this, there have been no line movements that have occurred at the time this article was written (Sunday morning). Contrarily, we have seen the Over/Under fall by two points from its open at 224 to its present position of 222 to indicate heavy action on the Under.

This series like many others has dominated by the Warriors as of late as they have won eight of their last ten meetings with Miami. Most recently, the Warriors routed the Heat in Miami in December of 2017 when Golden State polished Miami 123-95 to cover easy as a 10.5-point favorite.

Miami legend Shooting Guard Dewayne Wade is questionable heading into this game. D-Wade’s availability is essential for this Heat team in terms of the experience department. For Golden State, veteran Forward Andre Iguodala is also questionable for this game as he deals with hamstring tightness.

The Heat are in the midst of a five-game road trip that will take them through to Dallas when they wrap up on February 13th before heading into the All-Star break. The only tangible disadvantage working against Miami here is if the travel itself begins to take a toll. As for preparation for this game, both teams share an equal amount of days of rest heading into this cross-conference clash. The Warriors are back home after the one road game in Phoenix and will play two games in Oakland, including this one against Miami before playing their last game before the All-Star break in Portland on Wednesday.

Can Miami’s Defense and Bench Keep The Heat In The Game?

The Heat own one huge advantage that makes them a viable threat in pretty much any game they participate in: their defense. The Heat own the third best scoring defense in the NBA giving up just 105.5 points per game. Miami also sits third in opponent field goal percentage as they have been a disruptive force the opposition. Opponents hit just 44.3% of their attempts against the Heat. The problem for Miami has been their offensive production as they sit 26th in the league averaging 105 points per game. Furthermore, Miami themselves have not fared well in terms of shooting as their field goal percentage sits 27th overall in the NBA at 44.5%. The good news is that Miami’s scoring may see a bit of an uptick here against a Golden State defense that sits 16th in the league giving up 111.3 points per game. Miami has an ability to threaten the Warriors here not only with their defensive acumen but also with a huge edge in bench play. Overall, Miami’s bench averages 13.3 more points per game than their counterparts as the Heat’s bench averages 43.7 points per game compared to Golden State’s bench that generates just 30.4 points per contest.

Can Golden State’s Top-Scoring Offense Power The Warriors To Another Victory?

The true question remains as to whether the Heat can slow down the Warriors as Golden State remains the best in the NBA when it comes to scoring as they average an incredible 119.1 points per game. In addition to their ability to light up scoreboards, the Warriors are also the league’s best in terms of field goal shooting efficiency as they hit 49.2% of their attempts. The biggest concern for the Heat is whether they can mitigate the Warriors from beyond the arc as Golden State sits second in the league in three-point field goal percentage at a 38.7% success rate. Miami is 23rd in the league in defending the three-pointer as opponents hit 36.2% of their attempts.

The most notable trend here is the narrative that the Heat are 3-1-2 ATS in the last six meetings that have taken place in Oakland. In addition, the Under is 4-0 ATS in the previous four contests between both sides.

There is an old saying that defense wins championships. In this case, defense can enable a team like the Heat to play ball with a championship team such as the Warriors. There are way too many points on the table to pass up given how Miami’s defense can certainly render this contest into a game that is settled by a single-digit point margin let alone perhaps a possession or two. After all, the Heat’s edge on the bench could generate a huge swing in their favor before their defensive influence is even factored into the contest. Nevertheless, the Warriors now own the best record in the Western Conference and when you combine that narrative with home court advantage, their present win-streak, and the fact they are a dynasty, bettors can expect to pay a premium to back the Warriors, especially against a below .500 team like Miami. We’ll take advantage of a likely overlay and grab the points. 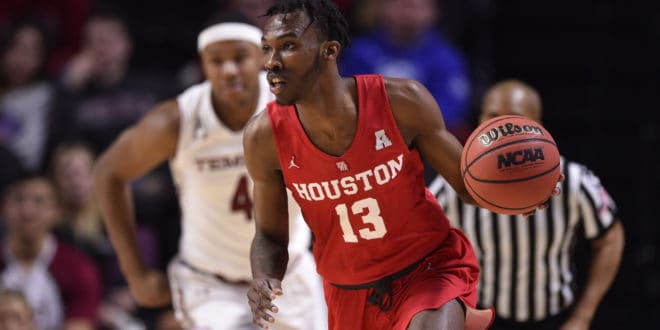