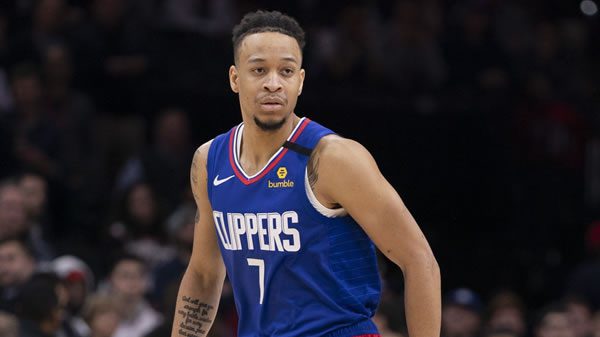 Point Spread: LAL +2.5/LAC -2.5 (Opened at 2.5 at Bovada. If you haven’t seen their live wagering platform, you need to check it out! It’s HEAD AND SHOULDERS above the rest!)

The Los Angeles Lakers come into this matchup with a 25-27 record and sit 9th in the Western Conference. After a 3-0 start to January and seeming to have figured themselves out, the Lakers are back to their mediocre basketball play after finishing the month on a three-game losing streak. The Lakers did manage to end that losing streak with a 99-94 win over the Trail Blazers last night but are still a long way from being true contenders in the West. As far as their matchup against the Clippers, their offense is a concern for me as the team will be without LeBron, who the team lives and dies by dropping 30+ points a night to give them a chance to win. For instance, in their last game, the Lakers’ offense managed just 99 points against a bottom-tier Portland defense and will face a much better defense in this one. Aside from the mismatch of their offense against the Clippers’ defense, an area that has been the downfall of the Lakers this season is their turnovers. The Lakers are 5th worst in the league, committing 14.8 turnovers a game, and will get exposed once again as the Clippers are 10th in the league at forcing turnovers. If the Lakers had LeBron in this game, the spread would more than likely be in their favor, but without him, the Lakers are true underdogs in this game without their best scorer. As a team, the Lakers’ offense sits 11th in the NBA, averaging 110.8 PPG. On defense, they are 27th in the league, allowing 112.2. PPG.

The Los Angeles Clippers head into this game with a 26-27 record and sit just ahead of the Lakers in the 8th spot in the West. While having an overall subpar season, the Clippers have managed to hover around the .500 mark all season without Kawhi Leonard and have also missed Paul George in half of their games. Looking back at their last win on Sunday, the Clippers played one of their most well-rounded games in a 115-90 win over the Hornets. Holding the Hornets offense, which is 1st in the league, to just 90 points was a confidence booster for this team. Facing a far less impressive offense, who will be without their top scorer, gives the Clippers a chance to win the always entertaining battle of Los Angeles. Without the size of LeBron to bully the paint, I see the Lakers leaning to their range in this game, which is an area that the Clippers defend very well. The Clippers are 3rd in the NBA at defending the three-point shot as they allow just 33.1% from deep. Also, given that the Lakers like to push the pace as one of the fastest teams, taking away the three-point shot will force them to slow down and play out of character. Slowing down the game and turning it into a defensive battle is exactly what the Clippers would want in this game to minimize scoring opportunities for the Lakers. The Clippers’ offense finds themselves in the 25th spot as they average 106.1 PPG this season. Defensively, they are 10th, allowing 106.8 PPG.

Lakers on the Road

While this counts as a road game for the Lakers, playing in the shared Crypto.com Center gives each of these teams essentially a few bonus home games when they meet during the season. As the “road team” in this game, the Lakers come into this game with a 9-15 road record and had just two road wins last month. Against the spread, the Lakers have also been a bad bet as road underdogs, going 1-4 ATS in their last five games when the odds are against them. With a narrow margin of 2.5 points in this game, the Lakers would have to set themselves up for an outright win to cover, which I don’t see being in the cards for them without LeBron. The Lakers are 5-7 without LeBron on the floor this season, and overall are 27-41 in their games without him since he has been a Laker. The Lakers have leaned on him for so much of their offensive production, and I see them coming up short once again in this game.

The Clippers hold a 15-12 home record this season and have been a good bet against the spread recently as well. The Clippers are 4-1 ATS in their last five games and are 7-3 ATS in their last ten home games. They have also shown a short memory this season when coming off a loss as they are 4-0 ATS in their last four games following a straight-up loss. Luckily for the Clippers, they won’t need a crazy offensive effort to win and cover. With a 2.5-point margin, should the Clippers be able to slow down the game and keep the ball away from the Lakers, they will be able to take over in the late stages of the game against a Lakers team who sits in the bottom half of the league for second-half points.

Thursday night will be the second time the Lakers and Clippers meet this season. The first matchup ended in a 119-115 final favor the Clippers. Dating back to last season, the Clippers are winners of four straight over the Lakers.

How the Public is Betting the Lakers vs. Clippers

64% are betting the Clippers against the spread.

This matchup features the always fun battle between the two Los Angeles teams. While both teams come in below the .500 mark, the Clippers have played considerably better without their two best players this season. The Lakers also come into this game without LeBron as the team will be tested against a top 10 defense who likes to slow down the pace. The Clippers play their best when they don’t need an offensive takeover to win, and facing the bottom-tier Lakers defense will help as well. The Clippers’ defense will be the most prominent force to control this game and will do enough to keep space on the scoreboard between them and the Lakers. Take the Clippers to cover the 2.5-point spread. Bet your college and pro basketball predictions for FREE this week by taking advantage of a 100% REAL CASH bonus on your first deposit of $100 to $500 at GTBets!