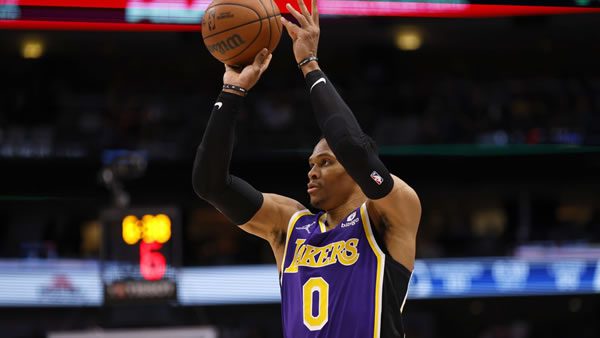 Heading into the game, Denver is 17-10 overall. When taking to the road, Denver has a mark of 9-7 and a win percentage of 56%. Currently, the team is 3rd in the Western Conference. So far, they are 12-15-0 vs. the spread. In their matchup against Los Angeles, the Denver Nuggets have won 3 straight games and will look to push that mark to 4 in a row.

The Nuggets came away with a win in their last matchup against the Wizards, achieving a 141-128 victory as 11-point favorites. Nikola Jokic led the Nuggets with an impressive performance, scoring 43 points on a shooting percentage of 85.0%. In addition to the win, the Nuggets also covered the spread.

Today, Los Angeles will be aiming to get in the win column. In their last matchup, they were defeated by the Celtics with a score of 122-118. Anthony Davis led the team with 37 points. Despite being 4-point underdogs, the team managed to earn an ATS push.

In the most recent matchup between the two teams, the Nuggets picked up the 110-99 win over the Lakers. The Nuggets’ margin of victory was enough to cover the spread as 5.0 point favorite. So far, the two teams have split their season series, with each team at 1-1. The ATS record across the previous five head-to-head meetings is 3-2 in favor of the Nuggets. In these matchups, Denver has averaged 124 points per game while allowing 116. The over-under record in these same games is 4-1, with the teams combining for an average of 240 points per game.

For the season, Denver has put together one of the top-scoring offenses in the NBA at 116.0 points per game. When looking at their style of play, the team is currently near the league average in pace, averaging 98.3 possessions per contest. Denver has struggled with their 3-point shot this season, as they are currently ranked just 2nd in 3-point shooting percentage at 39.1%. In addition, they are near the bottom of the league in attempts, at just 30.2 attempts per contest. On defense, the Nuggets are allowing an average of 110.41 points per game, placing them 14th in the league. So far, they have done a good job defending the 3-point arc, as teams are hitting just 34.42% of their looks from deep.

Nikola Jokic is the top scorer for the Nuggets, with an average of 24.6 points per game. This season, his field goal percentage is 63.4%. Jamal Murray is the team’s second-leading scorer, averaging 17.7 points per game.

This season, Los Angeles is among the league leaders in scoring, averaging 115.0 points per game. So far, the Lakers are also one of the more up-tempo teams in the league, sitting at 103.0 possessions per game. Los Angeles has struggled with their 3-point shot this season, as they are currently ranked just 30th in 3-point shooting percentage at 32.0%. In addition, they are near the bottom of the league in attempts, at just 30.2 attempts per contest. The defense has been a struggle for Los Angeles, as they are currently allowing 115.15 points per game. In terms of their 3-point defense, opposing team’s have hit 35.38% of their looks from deep, placing the Lakers 18th in the NBA.

Anthony Davis is the top scorer for the Lakers, with an average of 28.1 points per game. This season, his field goal percentage is 59.3%. LeBron James is the team’s second-leading scorer, averaging 26.5 points per game.

The Nuggets are the biggest sucker bet I’ve seen all week. L.A. will rise to the occasion, and the game won’t be as close as most think. I’m betting on the Lakeshow plus the point! Note: Be sure to bookmark and our free picks page as Kevin West will start making NCAA basketball picks next week!